Livestreaming the mob inside the US Capitol, an Anchorage-raised internet troll famous for extremism 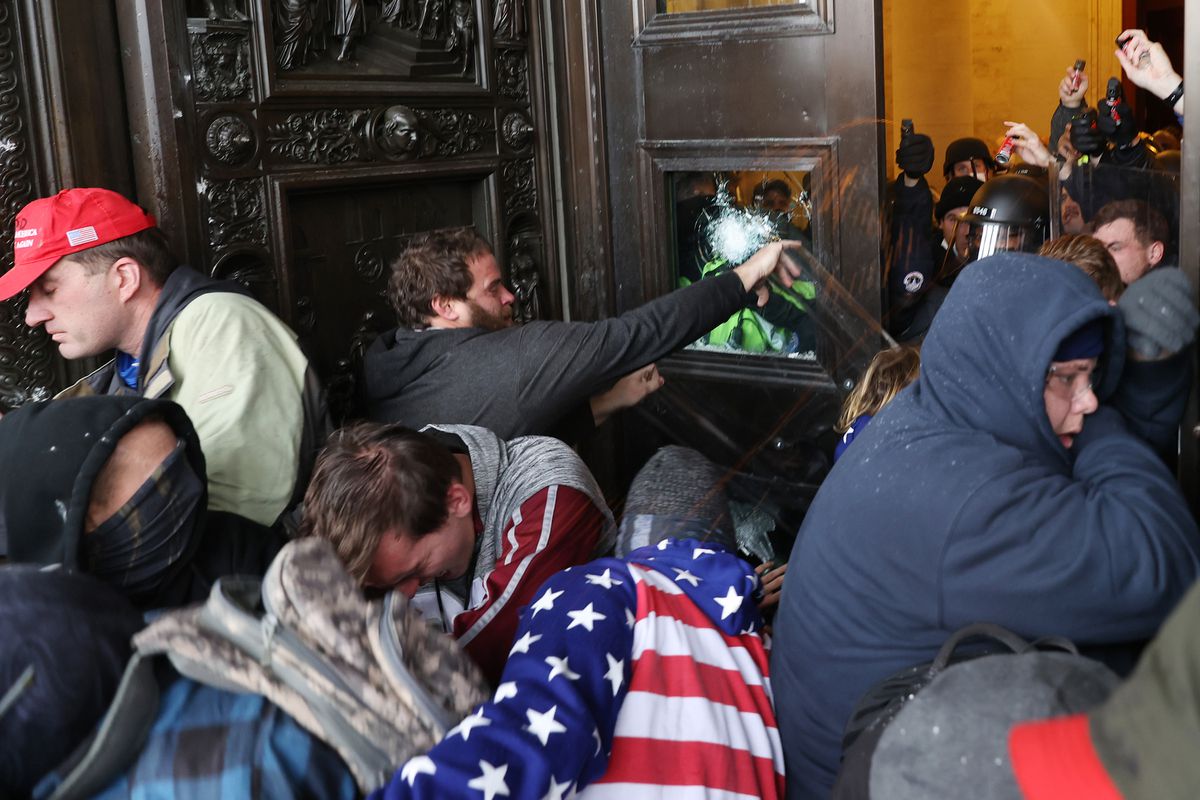 The livestream, being watched by more than 16,000 people, showed a surreal scene: A horde of pro-Trump insurrectionists who had just broken into the U.S. Capitol building, roaming congressional offices and taking selfies.

The man behind the camera was Tim Gionet, a one-time Anchorage high school graduate who is now a high-profile right-wing internet troll known as “Baked Alaska.”

Gionet was part of a mob of pro-Trump insurrectionists who breached the capitol building Wednesday afternoon, ransacking the offices of legislators and posing for selfies. A widely reposed livestream Gionet posted showed him among those who forced their way into an office some identified as belonging to House Speaker Nancy Pelosi.

users on Tim Gionet's, aka Baked Alaska, live stream on DLive are calling to give lawmakers the "rope" and to "hang all the congressmen" on DLive while he's streaming inside the Capitol building. pic.twitter.com/fq9t7KAlfA

“Dude, we’re in,” Gionet called, strolling around a room filled with hooting insurrectionists.

“I told you to trust the plan!” he says.

On the video, Gionet said he was going to sleep in the room. Some 16,000 people were watching the livestream. Commenters called for the murder of congressional members, captured in screenshots. Later, they appeared to be escorted from the building.

Gionet, whose real name is Anthime “Tim” Gionet, grew up in Anchorage, public records show. Gionet is a graduate of Anchorage’s Grace Christian School, according to news records. Calls to family members in Anchorage were not immediately returned.

Though his extensive social media presence suggest he hasn’t lived in Anchorage in many years, his online identity trades on his roots in Alaska. He applied to trademark the name in 2015.

As “Baked Alaska,” Gionet made a name for himself as a far-right internet troll but was eventually banned from platforms such as Twitter and YouTube for espousing hateful beliefs, said Southern Poverty Law Center senior researcher Hannah Gais. The organization has described Gionet as a white nationalist.

“He’s not a household name in this new wave of extremism,” Gais said. “But he’s definitely a very prominent figure just in terms of his internet reach.”

More recently, Gais noted, Gionet has live-streamed events like his participation in a white supremacist rally in Charlottesville, Virginia, and stunts such as confronting shopkeepers while refusing to wear a mask during the coronavirus pandemic.

His use of DLive, a blockchain streaming site, is notable because it’s a niche platform with an audience that mainly consists of younger gamers, according to Gais.

“Baked Alaska is one of the more prominent accounts on there,” she said.

As of Wednesday night, it wasn’t clear if Gionet had been arrested for breaking into the U.S. Capitol building.