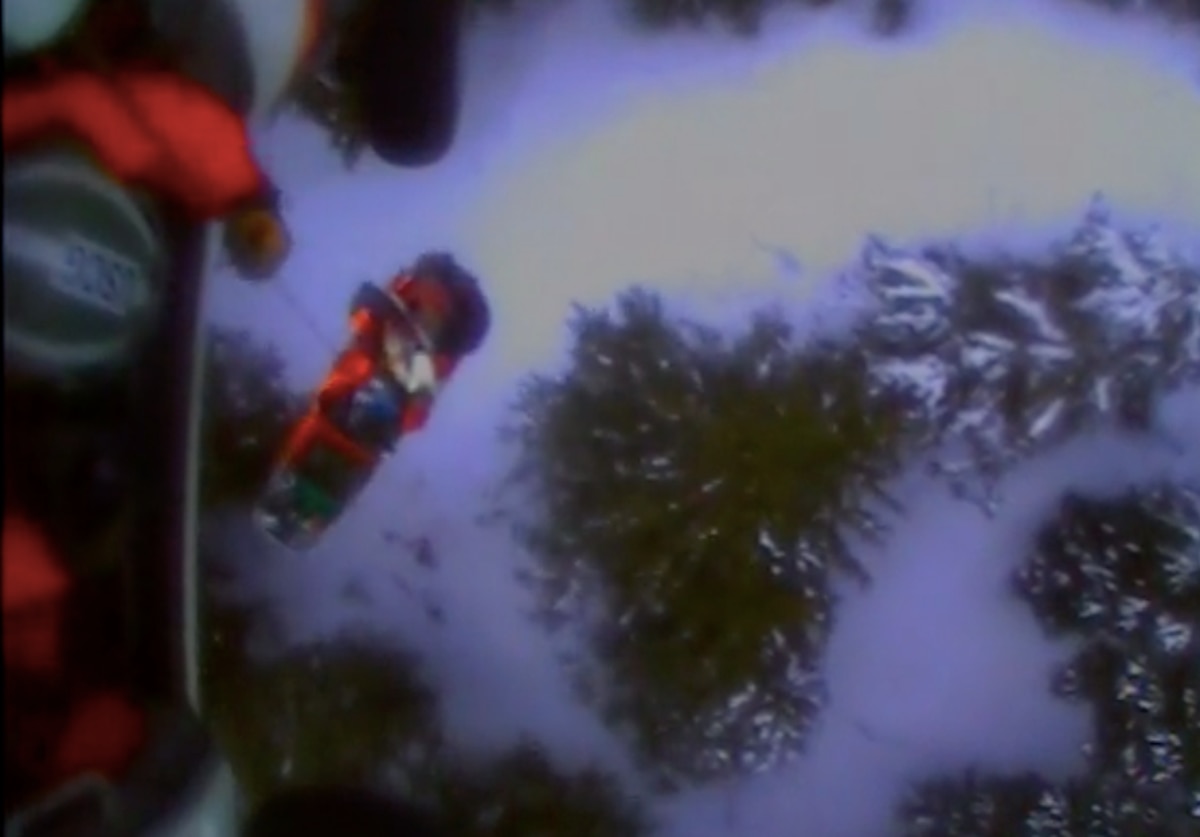 A group on a backcountry skiing outing accidentally encountered a brown bear den before a man was mauled Saturday on a mountain northwest of Haines, a wildlife biologist with the Alaska Department of Fish and Game said.

The three men had set out to go backcountry skiing on a mountain on the south side of Chilkoot Lake about 10 miles northwest of Haines, said Joe Wineke, command center watchstander for District 17 of the Coast Guard on Sunday.

The group was skinning up the mountain when they stumbled upon a brown bear’s den by accident at around 1,600 feet of elevation, said Carl Koch, a management biologist for the Alaska Department of Fish and Game.

“The third guy sees the snow blow open and fur coming at him,” said Koch. “He’s the one that got hurt.”

The men said they saw more than one bear in the den, and Koch said it’s believed that it was a sow with a cub. The man rolled down the hill during the attack, at one point playing dead, and the bear ran off, Koch said.

The man had injuries to his hands and face, the Coast Guard said in an online statement.

The men called for help using their inReach device, which is a satellite communication device that was also able to provide GPS coordinates for their location. By 3:20 p.m., the Coast Guard was requested to respond to the area, the agency said. A five-person crew from Sitka arrived in the area in a MH-60 Jayhawk helicopter and hoisted the injured man into the helicopter, the Coast Guard said. The other two in the group were not injured and made it safely down the mountain.

Koch said it’s a common misconception that bears enter into a full state of hibernation during the winter. Bears actually enter into a state called torpor, in which they slow down their body functions to preserve energy and stay warm through the winter. Torpor is less intense than hibernation and Koch said bears can even wake up and leave the den before returning to the state of torpor again. Bears can also awaken in response to a disturbance, he said.

Although attacks during the winter are not common, Koch said they can happen. The department receives calls about nuisance bears every month of the year, he said.

Koch advised anyone recreating in an area where bears may live to carry bear spray and said it can still be effective in cold weather.

On Monday, troopers said the man who was attacked was in stable condition in Anchorage. Wildlife biologists and troopers are still investigating the attack.