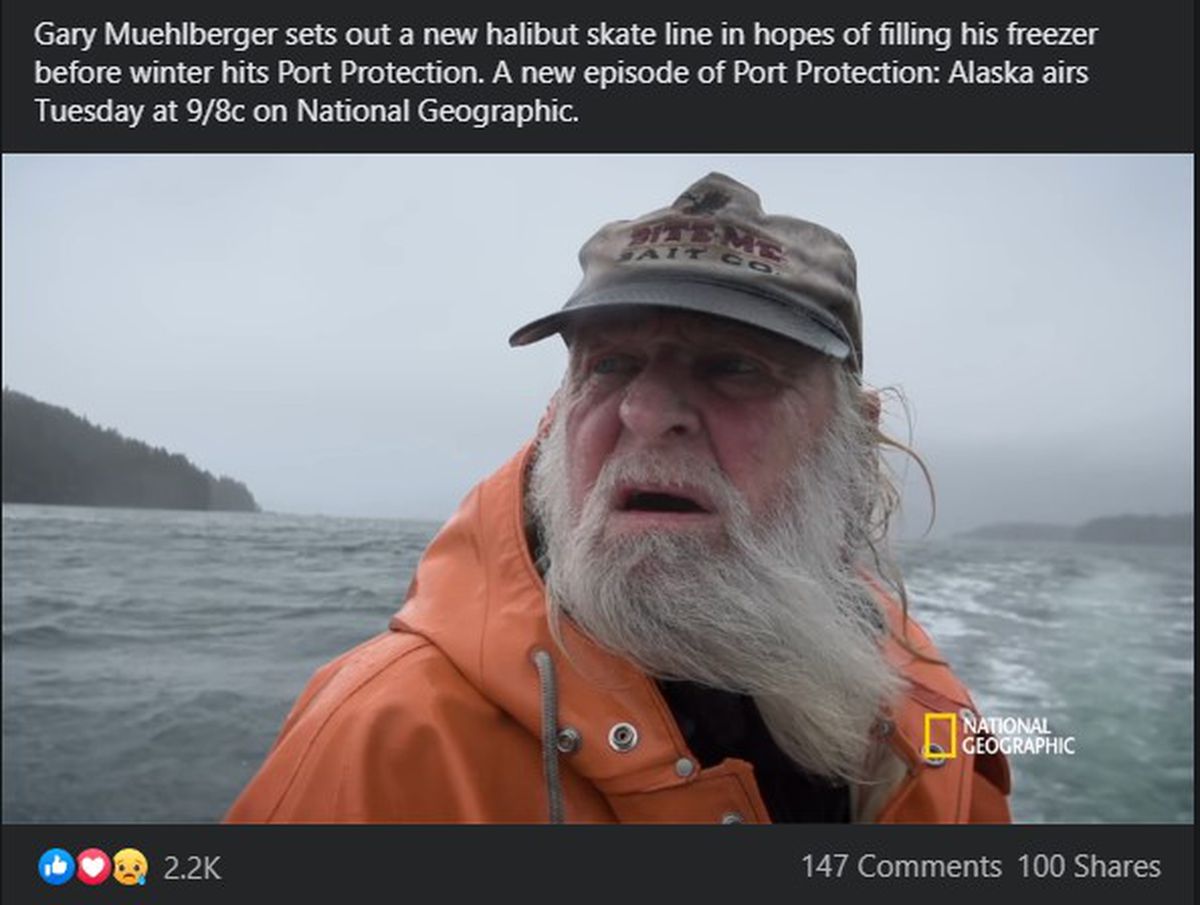 Gary Muehlberger, pictured here in a screengrab made from a "Life Below Zero" video posted to Facebook. is missing after fire consumed his home in the Prince of Wales Island community of Port Protection this week. (Screengrab from Facebook video on the "Life Below Zero" page)

Gary Muehlberger, pictured here in a screengrab made from a "Life Below Zero" video posted to Facebook. is missing after fire consumed his home in the Prince of Wales Island community of Port Protection this week. (Screengrab from Facebook video on the "Life Below Zero" page)

Update, 8 a.m. Friday, March 26: The Alaska State Medical examiner identified the remains found as Gary Muehlenberger and his next of kin were notified, Alaska State Troopers said in an electronic release Thursday.

Update, 8 a.m. Tuesday, March 23: Alaska State Troopers confirmed that human remains were discovered in the fire debris and said they were sent to the State Medical Examiner in Anchorage to be identified.

The fire was ruled accidental by the deputy fire marshal, troopers said.

A longtime Port Protection resident who was one of a handful of stars of a reality show based in the tiny Prince of Wales Island community is missing after fire consumed his home this week.

Alaska State Troopers say they got a report on Wednesday around 11:30 a.m. that the home of 75-year-old Gary Muehlberger was engulfed in flames and he was missing. A deputy fire marshal was en route to Port Protection on Friday afternoon but delayed by bad weather, Department of Public Safety spokeswoman Megan Peters said.

Muehlberger was believed to be home at the time of the fire and hasn’t been seen since, troopers say.

People in the community described “seeing human remains in the fire ashes” but the agency won’t be able to confirm what happened until they can arrive and investigate the scene, Peters said.

The fire marshal was in Petersburg by Friday afternoon and trying to get to Port Protection by boat, a trip that can take four hours on a good day, she said. Troopers don’t expect to have more information about Muehlberger until the marshal gets back to Petersburg.

An official identification will need to be done by the State Medical Examiner Office.

Muehlberger is one of seven central characters on the “Port Protection Alaska” show that airs on National Geographic. The show is in its fourth season.

The show is produced by the “Life Below Zero” franchise.

A post on the “Life Below Zero” Facebook page Friday announced Muehlberger’s death, saying “he had an incredibly big heart, epitomized so much of the human spirit and welcomed the world into his life with open arms. He will be deeply missed.”

We’re extremely saddened to learn of the passing of Gary Muehlberger, a legend to the Port Protection Alaskan community...