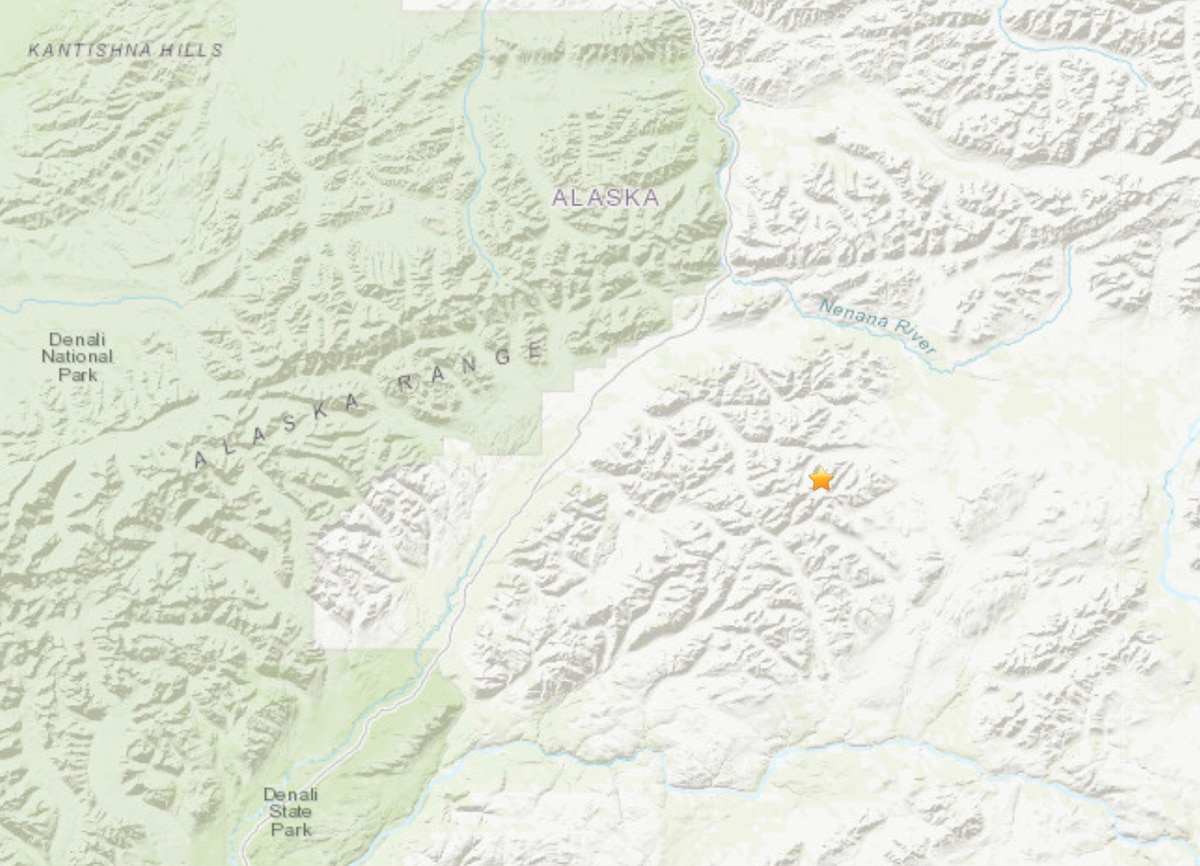 A magnitude 5.5 earthquake centered about 17 miles southeast of Cantwell in the Alaska Range shook Southcentral and Interior Alaska early Thursday.

The quake was felt from the southern Kenai Peninsula north to Fairbanks and east to Glennallen. There were no immediate reports of damage or injuries.

The quake began at 9:10 a.m. at a depth of about 48 miles, according to the Alaska Earthquake Center.

The earthquake on Thursday was the largest to strike the area in about a decade, Holtkamp said.

The earthquake’s depth likely helped prevent damage, Holtkamp said. The earthquake center had not received any reports of damage as of about an hour and a half after the earthquake.

“Even if you were right on top of where the earthquake happened, you were about 50 miles away from it because it happened at 50 miles depth,” he said. “So no one is truly really close to this earthquake and that helps.”

Aftershocks are likely to occur from this earthquake, but the U.S. Geological Survey said it is unlikely a quake of the same size will happen again in the same area within the next week.