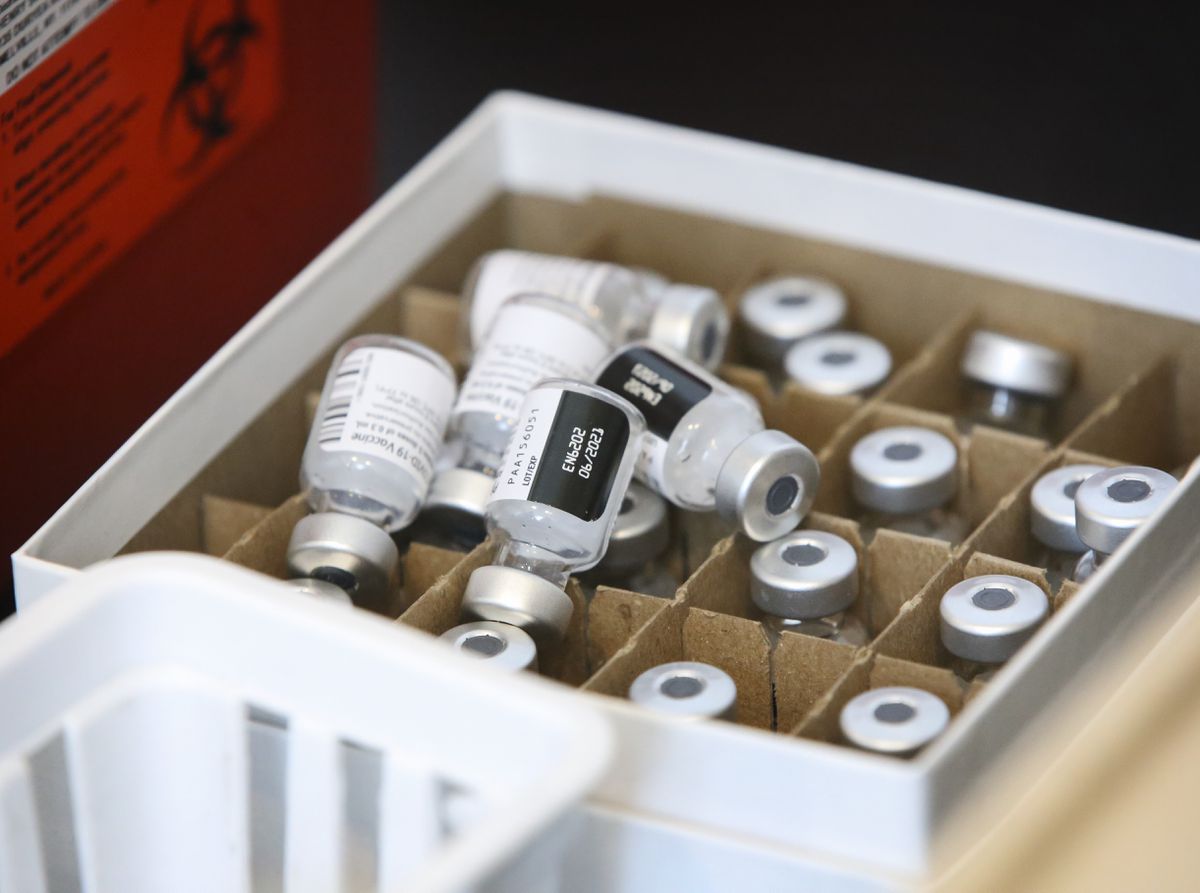 Despite being vaccinated against COVID-19, a few hundred Alaskans still tested positive for the virus over a five-month period, according to new information from the state health department.

In total, 656 cases from February through June were considered vaccine breakthrough cases, identified among people who were at least two weeks past their last dose of vaccine. They represented 4.2% of the overall number of COVID-19 cases reported in that timeframe.

The state’s new report comes as Alaska faces another upswing in cases, with multiple outbreaks drawing attention to more recent vaccine breakthrough cases. In Sitka, where cases have risen sharply over the last two weeks, 18 out of 60 recent cases reportedly involved vaccinated individuals. And two of the three cases identified last week in connection with a Southeast Alaska cruise involved people who were fully vaccinated; that cluster has now grown to 10 cases.

“We know what is the most effective tool that we have to prevent hospitalizations and deaths as well as cases, which is vaccination,” state epidemiologist Dr. Joe McLaughlin told reporters Thursday.

Of the 656 breakthrough cases identified from February through June, 17 people were hospitalized and two people died with COVID-19, though health officials noted that they both had other “substantial comorbidities.”

The relatively small number of breakthrough cases, out of more than 15,000 total cases reported in that timeframe, indicates that the vast majority of people testing positive for the virus aren’t fully vaccinated.

By comparison, during the same five-month period, 391 people who were not fully vaccinated were hospitalized with the virus and 58 died.

Officials continue to emphasize that getting vaccinated against the virus is critical. While half of the state’s population is vaccinated, they make up around 1% of COVID-19 hospitalizations; unvaccinated individuals make up 99% of hospitalizations.

[Tracking COVID-19 in Alaska: 247 cases and no new deaths reported over last 2 days]

Millions of vaccine doses have been administered nationwide, which officials say demonstrates both its safety and effectiveness, officials said.

Nationally, out of roughly 157 million fully vaccinated people in the country, 4,909 had been hospitalized with COVID-19 and 988 had died by early July, according to the Centers for Disease Control and Prevention. The breakthrough case deaths account for a fraction of the nearly 600,000 total COVID-19 deaths in the U.S. at that point in time.

Alaska officials find vaccine breakthrough cases by checking whether people with positive test results are listed in the state’s vaccine database, or for someone who may have had a vaccine elsewhere, officials will seek that information during an interview and contact tracing, said Dr. Louisa Castrodale, an epidemiologist with the state.

About 52% of the Alaska breakthrough cases studied in the new report occurred among people who showed symptoms of the virus while 38% were asymptomatic. For the remaining 10%, it was unknown whether they were exhibiting symptoms.

The reasons that vaccinated people got tested in the first place varied. Some were experiencing symptoms with no known exposure (23%) while others had known exposures to COVID-19 (21%). Other reasons for testing include routine testing/employer requirements (19%), travel screenings (11%) and pre-appointment screenings (7%). About 18% had an unknown reason for testing.

Going into spring this year, cases in Alaska were high. They started to drop as more people completed their vaccination series, Castrodale said.

Public health officials have credited the COVID-19 vaccines with preventing a lot of illness, especially during a time when other measures like social distancing and mask mandates were being dropped.

Of the 200 breakthrough cases that state health officials analyzed for a possible variant of the virus, 73 involved a variant of concern, including 54 instances of the alpha variant and 15 of the delta variant.

The delta variant is considered the most transmissible version of the virus, though vaccines are highly effective against it, McLaughlin said. The variant is probably playing a role in increasing transmission statewide, he said.

“We really want to do whatever we can to do underscore the importance of vaccination, especially as we start to see the delta variant taking a foothold in Alaska,” McLaughlin said.