In Turnagain Arm's tiny communities, a divide on taxes for Anchorage police 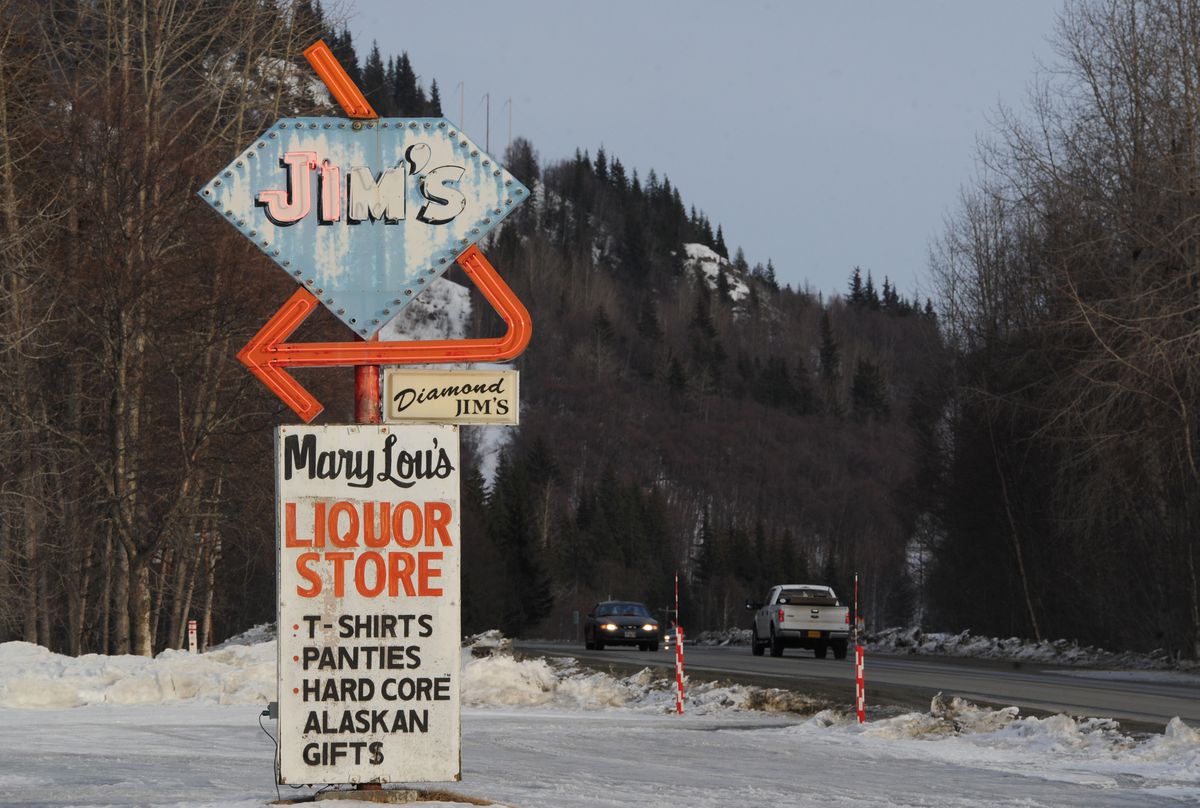 Residents of the communities of Rainbow, Indian, Bird Creek, Portage and the northern portion of Crow Creek Road outside the Girdwood Valley Service Area will be voting on Proposition C that would create a new Turnagain Arm Police Service Area (TAPSA). (Bill Roth / Alaska Dispatch News)

Residents of the communities of Rainbow, Indian, Bird Creek, Portage and the northern portion of Crow Creek Road outside the Girdwood Valley Service Area will be voting on Proposition C that would create a new Turnagain Arm Police Service Area (TAPSA). (Bill Roth / Alaska Dispatch News)

In the tiny community of Indian on Turnagain Arm, Daniel and Dena Robertson's 1970s-era log cabin has a sign out front with a picture of a gun barrel: "We Don't Dial 911."

But in fact, the Robertsons say, they want the option to call police to report a crime like a break-in, just like people in the more urban parts of the Anchorage municipality. With the Alaska State Troopers sharply cutting back, calling 911 is an option that would go away if voters in Indian, Bird Creek and other areas of Turnagain Arm reject a ballot measure on April 4 to tax themselves for local police protection.

"I'm a big believer," said Daniel Robertson, 66, a retired disc jockey whose Harley Davidson was parked inside near his expansive vinyl record collection. "I'm a biker and an old hippie and I still believe in cops."

Some of his neighbors don't see it the same way. In communities along the Seward Highway south of Anchorage — where thick groves of trees stand between largely-hidden homes, and people are used to fending for themselves — opinions are divided ahead of the election over higher taxes, the need for police and whether the measure makes economic sense.

In January, the Alaska State Troopers, after months of warnings of steep budget cuts, sent a letter to the city saying troopers would not respond even to major crimes at homes and businesses along the Seward Highway. The troopers gave May 1 as the date for the end of service outside of Anchorage and Girdwood. The letter set off a scramble within the administration of Mayor Ethan Berkowitz and the Anchorage Assembly to cover the gap.

The result was Proposition C, which about 300 registered voters in Rainbow, Bird Creek, Indian, Portage and the northern end of Crow Creek Road in Girdwood will see on a special election ballot. The measure calls for a $50 increase in property taxes for every $100,000 of property value.

The measure would generate up to a $50,000 fund that can be tapped for police investigations. The measure names the Anchorage Police Department as the initial investigating agency, but a different one could be picked later. Unused money would roll over to the next year and could lead to a lower tax rate.

Police would respond to specific incidents: "Person crimes," such as assault and robbery; domestic violence calls; burglaries; and in-progress felony property crimes, such as theft or vandalism, where the damage is more than $1,000.

The money would not pay for patrol service or accident response on the Seward Highway, an issue that state and city officials have yet to resolve.

Down the street from the Robertsons, who just put their house up for sale but say they're not planning to leave anytime soon, Paul Bertholl, 52, was far less convinced about Proposition C. Bertholl isn't happy about the idea of more taxes.

He also noted that it would take the Anchorage Police Department a long time to drive out to his neighborhood. If it was a 5-minute response, he'd be more in favor, he said.

In Bird Creek, Peter Brondz has made and sold pottery from a small studio for more than three decades. He was on the fence Monday afternoon about his vote. He needed to do the math on his property tax bill, he said.

But Brondz thinks it's a good idea to have police protection. If it's a couple hundred dollars, he said, he would do it. "We're not exempt from shenanigans," he said.

"It just doesn't seem like we're at the end of the Earth here," Brondz said, washing clay silt off his hands in a bucket of water in the middle of his studio.

With the trooper post in Girdwood closing in September, Girdwood and Anchorage officials reached an agreement with the Whittier Police Department to police just Girdwood. Other communities along Turnagain Arm were left out of that arrangement. Assemblyman John Weddleton, who represents South Anchorage, Girdwood and the communities along Turnagain Arm, said officials expected to have some time to examine options.

That changed abruptly in January. The head of the troopers, Col. James Cockrell, sent the letter to the city making it clear that troopers would not respond in any way to "off-highway" calls within city boundaries on Turnagain Arm, even major crimes, city officials said. Cockrell cited state budget cuts.

Suddenly, with April election deadlines looming, officials had to find an alternative. In February, Mayor Ethan Berkowitz's chief of staff, Susanne Fleek-Green, came to a Turnagain Arm Community Council meeting to propose the idea of the ballot measure.

Weddleton said the measure isn't seen as a perfect fix.

"It's not really policing," Weddleton said. "It's collecting money so we can pay the police when they come down."

The president of the Turnagain Arm Community Council, Beau Obrigewitch, said the council was "completely surprised" by the proposal when Fleek-Green presented it.

But since then, Obrigewitch and other community council officers have morphed into Prop. C's biggest informal cheerleaders. Obrigewitch, an engineer, moved to Indian several years ago from Eagle River. He and his wife built a two-story house in a newer subdivision.

"I'm invested in what I have," Obrigewitch said, sitting in his living room this week.

Obrigewitch wants to be able to call 911 to report crimes and use the online reporting system to file police reports, a system that is not available to him now. At one meeting, Fleek-Green said some homeowner's insurance companies require police reports as part of a claim.

Obrigewitch said he's been talking to neighbors about the ballot measure, but hasn't reached everyone. The 15 or so people he's chatted with were supportive, he said.

In Bird Creek, across the street from Brondz' studio, one homeowner, Angela Hunt, said she hadn't followed the issue too closely. She also said she favored having a police presence, but would be concerned about cost.

"That would influence me quite a bit," Hunt said.

A man walking his dog down a nearby street said paying more wouldn't bother him. But he also didn't think it was necessary or helpful. He declined to give his name — he moved out there for privacy, he said.

"We've been surviving out here on our own for a long time," he said.

At the Bird Creek Motel, Alice Lambertsen, 19, was working at the front desk. She said she hadn't heard that troopers would be withdrawing entirely from the area.

Lambertsen wouldn't say how she planned to vote. But she said there's very little crime in the area.

That's true, said Assemblyman Weddleton, who has attended community meetings on the issue in recent months. But he likened it to an insurance policy.

"Most of us aren't victims of crime, but we do worry about it," Weddleton said.

Elsewhere in the proposed new service area, particularly at the farthest end, there were doubts about fairness.

In an email, Mike Miller, a Portage resident and the director of the Alaska Wildlife Conservation Center, noted that Portage is 30 miles away from the other communities included in the new service area. It would take a long time for police to get there.

There are only five private property owners in Portage, Miller wrote.

"We are at the mercy of the other votes," he wrote.

He said he was worried that Portage, while paying the same tax rate, would not see the same level of service.

"Nothing much goes on in Portage," he wrote. "After a few trips patrolling Portage they would lose their interest."

Obrigewitch acknowledged there wasn't much time to debate the measure or spread the word about it.

If it fails, he said, the communities will have to regroup, and stick together.