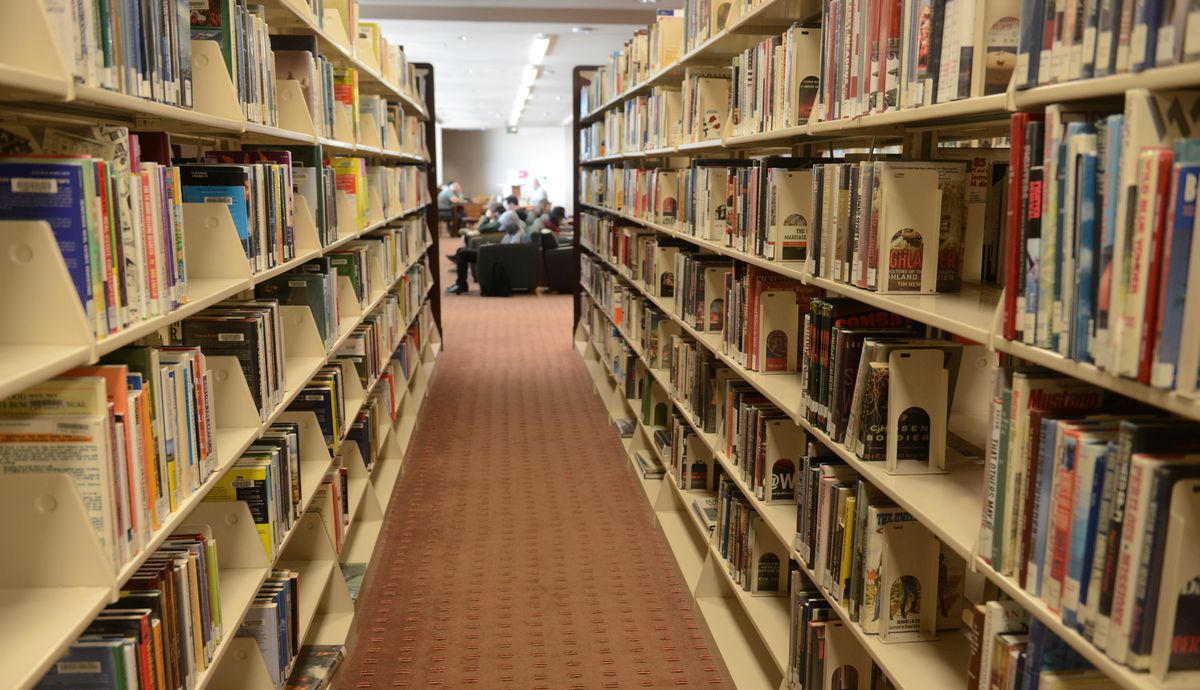 The book stacks at the Loussac Library in a 2016 file photo. (Bob Hallinen / Alaska Dispatch News)

The book stacks at the Loussac Library in a 2016 file photo. (Bob Hallinen / Alaska Dispatch News)

Now, if there's a complaint, library staff can point to the policy to halt the person viewing pornography or other offensive material. Staff were previously more likely to try to relocate either the offender or offended party.

"If (a person is) watching something, at this point, we're not going to try to accommodate them to watch somewhere else," said Annie Reeves, the library community relations coordinator. "It will be, 'Can you please stop. This is inappropriate.' "

But in the end, Reeves said, the library went with a more austere ban.

"I think our library policies and procedures need to reflect the values of the community," Reeves said. "This was the consensus."

The new policy includes this rule: "Displaying pornography or any other content found to be harassing, disturbing, or offensive to others is not allowed."

The phrasing is similar to an existing policy used by the University of Alaska Anchorage and Alaska Pacific University. The Library Advisory Board unanimously approved the change at its May 5 meeting.

"But it's been very quiet, and business as usual."

The Anchorage Public Library long held a "hands-off" policy when it came to the computer habits of patrons. If someone was uncomfortable with what another patron was viewing on a computer, library staff instead tried to move the perturbed patron, not the person viewing the computer content.

More recently, library staff would encourage patrons watching graphic content to check out a laptop and sit with their back to a wall so no one could see over their shoulder.

But now, anyone who refuses to stop watching the content can be told to stop using the computer, Reeves said.