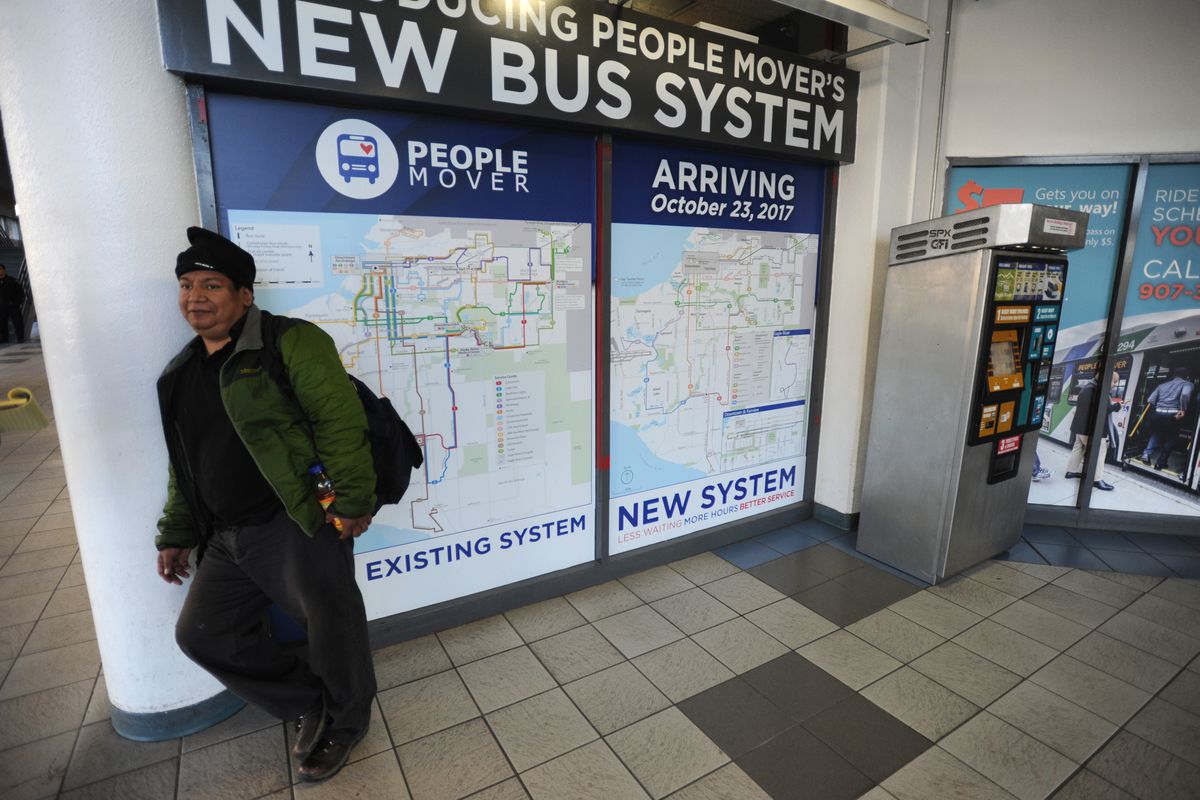 Shorter wait times and fewer neighborhood stops are some of the big changes Anchorage bus riders can expect Monday as a long-awaited overhaul of the People Mover system takes effect.

City transit planners embarked on a redesign of the bus system more than a year ago. At the time, ridership was sliding and budgets weren't growing. The city hired a consultant and conducted extensive surveys and public workshops.

The result is a less circuitous system aimed at making it easier to catch a bus in the city's most populated areas and along major roads. Many routes have been transformed into a straight shot between two points instead of winding through neighborhood streets.

Smaller buses will travel to Eagle River and South Anchorage as "commuter routes."

Oct. 23 was set months ago as the date of the switch.