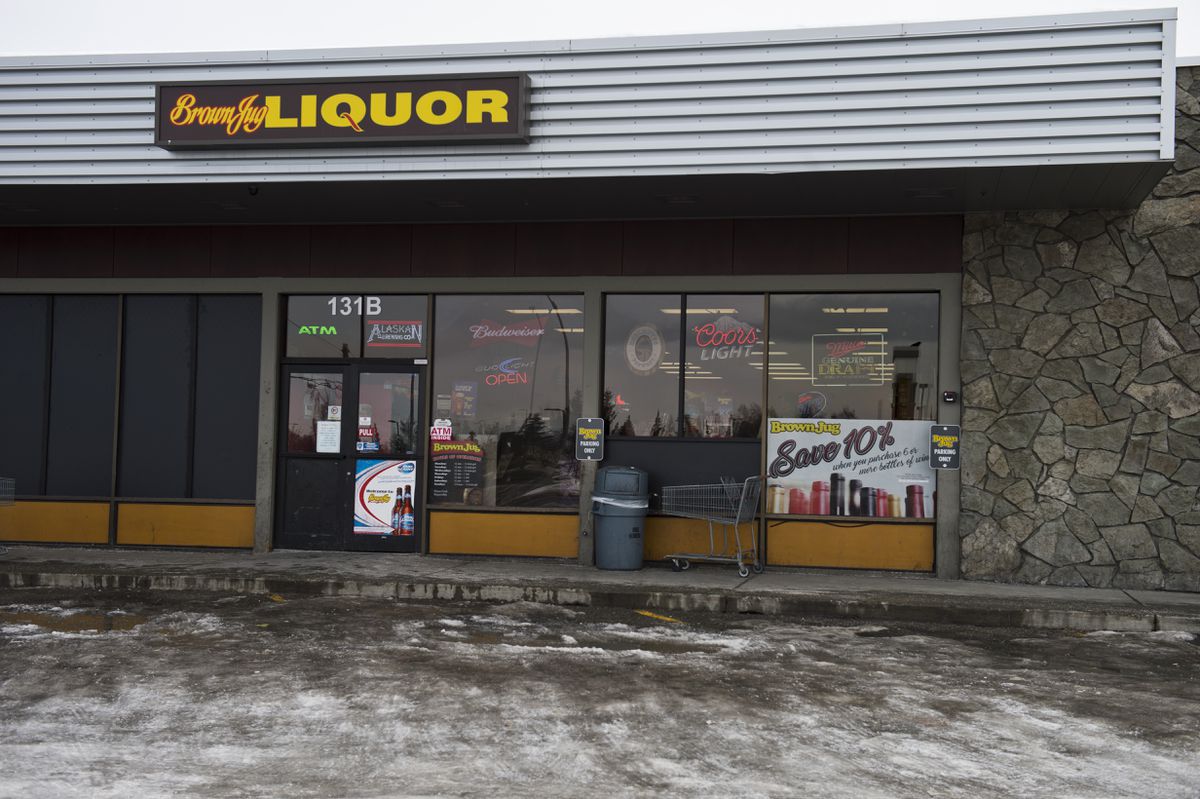 A Brown Jug liquor store in Mountain View will close by the end of the year, the company's owners said Friday, a sign of an Anchorage-wide trend: Citizens are having more success pushing liquor stores to address problems caused by chronic alcoholics and litter.

In an unusual agreement with neighbors, Brown Jug made a series of commitments. In addition to closing the store on North Bragaw Street, the company plans to spend $25,000 to spruce up a second Brown Jug store a few blocks away, stop using plastic bags, create a "do-not-serve" list of customers with addresses at local homeless shelters, and open the stores at noon instead of 10 a.m., according to the agreement signed with Mountain View neighbors Friday and first reported by the Mountain View Post.

The stores will also stop selling tiny bottles of alcohol and cheap fortified beer and wine, the kinds favored by people who drink on the street, neighbors said.

"We sell a product that those type of individuals seek, and there's a responsible way of doing this," said Gerald Proctor, the vice president of government and community relations at Liquor Stores North America, the Canada-based corporation that owns Brown Jug. "We think this will elevate the responsibility in the community."

Some members of the liquor industry say things like changing inventory, prices or hours will make little difference. Chronic alcoholics have other alternatives, they say, and the problems that neighbors seek to solve are complex. In the 1990s, for examples, some stores agreed to restrictions on Everclear grain alcohol and bottom-shelf liquors, but problems have persisted.

[This Midtown liquor store sells high-octane alcohol in small amounts. Some neighbors want it to stop.]

In a place that census data show is one of the city's lower-income neighborhoods, advocates say the trouble associated with chronic alcoholism stands in contrast to the improvements they've achieved, like school and library renovations and the opening of Credit Union One in the past two decades.

Daniel George, a past president of the community council and the current treasurer, called public drinking and problems that stem from alcohol "the No. 1 variable holding back our neighborhood." He said it affects property values, business growth and the perception of Mountain View as a place where people want to live.

George and others say there should not be a liquor store a few hundred feet from a middle school and a library. They also say that two stores within blocks of each other is too many.

On Thursday afternoon, on the sidewalk in front of the credit union, a dozen people sat side by side, inches from a lane of traffic. One woman had a bottle of alcohol resting inside her winter jacket. Some people there said fights happen regularly.

Right across the street is the Brown Jug store that's slated to close, in a strip mall next to the Red Apple grocery store.

The trash can was overflowing, mostly with empty alcohol bottles and cans. George pointed out one of the cans, a Four Loko "Hurricane."

"This is $1.99," George said to Jasmin Smith, the current council president.

"Are you serious? That's huge," Smith said, looking at the size of the can.

It's this type of cheap, strong alcoholic beverage that has no place in the neighborhood, George said.

Smith has two young kids. She said she's worried about what they might see while walking home from middle school.

Jonathan Kevin Goodlataw George, who said he sometimes passes time with people drinking on the sidewalk, didn't think it would make much of a difference if the Brown Jug on North Bragaw Street moved.

"Everybody's going to migrate to the next store," George said. "It's not going to change nothing."

Community council members and Brown Jug representatives both said it was worth a try.

Under pressure from neighbors in recent years, Brown Jug had promised to change business practices, said Daniel George, the community council treasurer. But there was high turnover among managers and executives, and nothing changed, he said.

"We've had some changes in leadership, and some things fell through the cracks," Proctor told Anchorage Assembly members at a Friday meeting about Brown Jug's liquor licenses. "So this is great to get back on track … and try to find a solution that works for Mountain View."

With the two Brown Jug liquor licenses in Mountain View currently up for renewal, Assembly members said they may ask state alcohol regulators to attach the neighborhood agreement and other conditions to the licenses, so the conditions will apply no matter who is in charge at the company.

Proctor noted in a later interview that Brown Jug has invested thousands of dollars in Mountain View clean-ups in recent years and plans to keep doing so. He said that while the Brown Jug location next to Red Apple will close, the company may open up a different location in Mountain View, or in a different part of Anchorage.

This is the second recent example of a detailed neighborhood agreement with a liquor store operator.

Oaken Keg, owned by Carrs-Safeway, has continued to operate while abiding by the plan, which included an enforcement list of people not welcome to buy alcohol. The second store, Spirits of Alaska, did not, neighbors decided, and the store lost its license the next year.