Anchorage’s hardest-to-house homeless cost $50,000 a year on the street. Could that money be better spent? 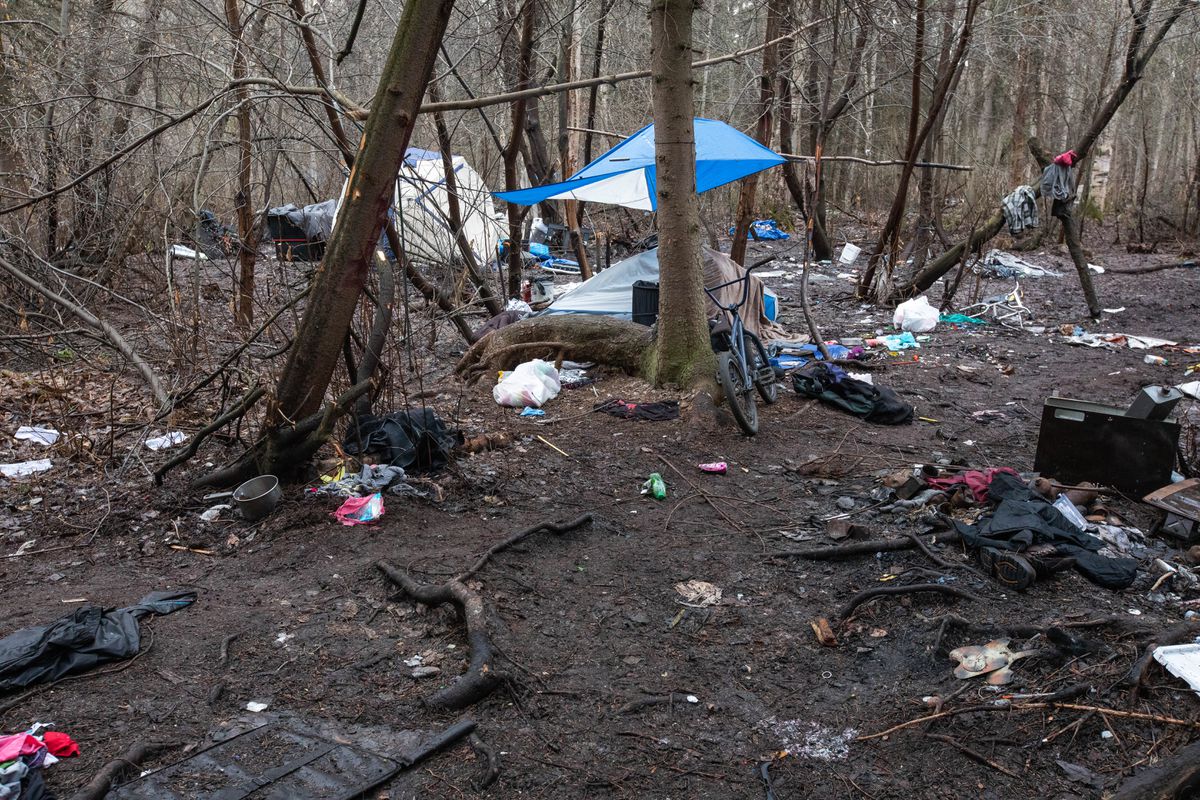 The hardest-to-house members of Anchorage's homeless community each cost the public about $48,000 a year as they cycle through jail cells, shelters, illegal camps and emergency rooms, a new study shows.

That same amount of money could also pay for a year of permanent housing, along with help staying housed and stable, according to the study by Anchorage-based consulting firm Agnew::Beck.

These findings are setting the stage for a federally funded project, led by United Way of Anchorage, that would explore creative ways to pay for apartments for the most entrenched, visible homeless people in Anchorage and the Matanuska Valley. The goal is cleaner parks, less crime, fewer panhandlers and a lighter burden on police and medics, officials say.

The evolving project fits into broader efforts in Southcentral Alaska to tackle homelessness by classifying the homeless into different groups based on their apparent vulnerability.

Last month, Anchorage's largest private landlord announced plans to team with a nonprofit housing authority to offer apartments and jobs to lower-risk homeless. The idea is for people on the fringes of homelessness to get enough stability to work and find independence.

But for some people, that "pull yourself up by your bootstraps" approach isn't working, said Monica Gross, vice president of community impact for United Way of Anchorage.

The Agnew::Beck study estimated there are roughly 330 more people in Anchorage who cycle in and out of jail, camp illegally in city parks and often suffer from mental illness and addiction. The group regularly summons visits from police, firefighters and paramedics while stirring up angst among business owners and officials who promote tourism.

Members of the group have a higher likelihood of being white or Alaska Native, male and between the ages of 25 and 40. Each person had been to jail two or more times in the past three years and homeless just about as often.

Right now, Anchorage has about 450 apartments for the long-term homeless. The beds are in facilities run by the nonprofit RurAL CAP, like Karluk Manor, as well as scattered throughout Anchorage. Residents have access to case managers and other services and are not required to quit drinking or using drugs.

It's an approach that some critics have said rewards people for living outside the law and failing to pay for their own expenses. But backers say it's a better way to spend public money and give people a chance at success.

In calculating the public cost of Anchorage's hardest-to-help homeless, the Agnew::Beck consultants relied on local and national data and a 2017 study on the first tenants in Karluk Manor and a similar facility in Fairbanks. That study also found that people who moved into such facilities reported drinking less, experiencing more community engagement and more success managing depression and medical ailments.

['Between a rock and a hard place': Volunteers clear out longtime Anchorage homeless camp]

The Agnew:: Beck study came out of a $1.2 million grant from two federal agencies, the Department of Housing and Urban Development and the Department of Justice. The grant, which is being managed by United Way, is meant to lay the groundwork for a demonstration project to find housing and help for the hardest-to-house homeless in Anchorage and Mat-Su. Anchorage was one of 10 cities nationally to receive the grant.

The grant calls for a test of a funding model that exchanges up-front investment for future savings and social benefits. The model, called "Pay for Success," has been used in Boston to tackle homelessness, and other cities are following suit.

The Agnew::Beck study showed that the numbers could work in Anchorage and Mat-Su, Gross said.

Next, United Way will coordinate an effort to enlist a group of donors to build a fund of $1.5 million to get the project started, according to Gross. Consultants will also crunch data and build out the details of a test project that starts with 90 supported apartments for the tough-to-house segment of the homeless population.

This will be hard work, Gross said. A mix of nonprofits, foundations, banks, businesses, faith-based groups, medical providers and the government will all be involved.

"It's just trying to talk to people and brainstorm, how much could you as an organization save if these people were showing up in an emergency room less?" Gross said.

The money part is complicated. It isn't a matter of taking a dollar from one place and putting it elsewhere, Gross said.

It also isn't expected that such a project would cost less than the status quo. Most of the clients will need supported housing of some kind for the rest of their lives, Gross said.

But she said the Agnew::Beck study showed that millions in public money is already being spent.

Instead of a chaotic life on the street, public money could be going toward giving a person a chance at a successful life while also solving other problems in Anchorage, Gross said.