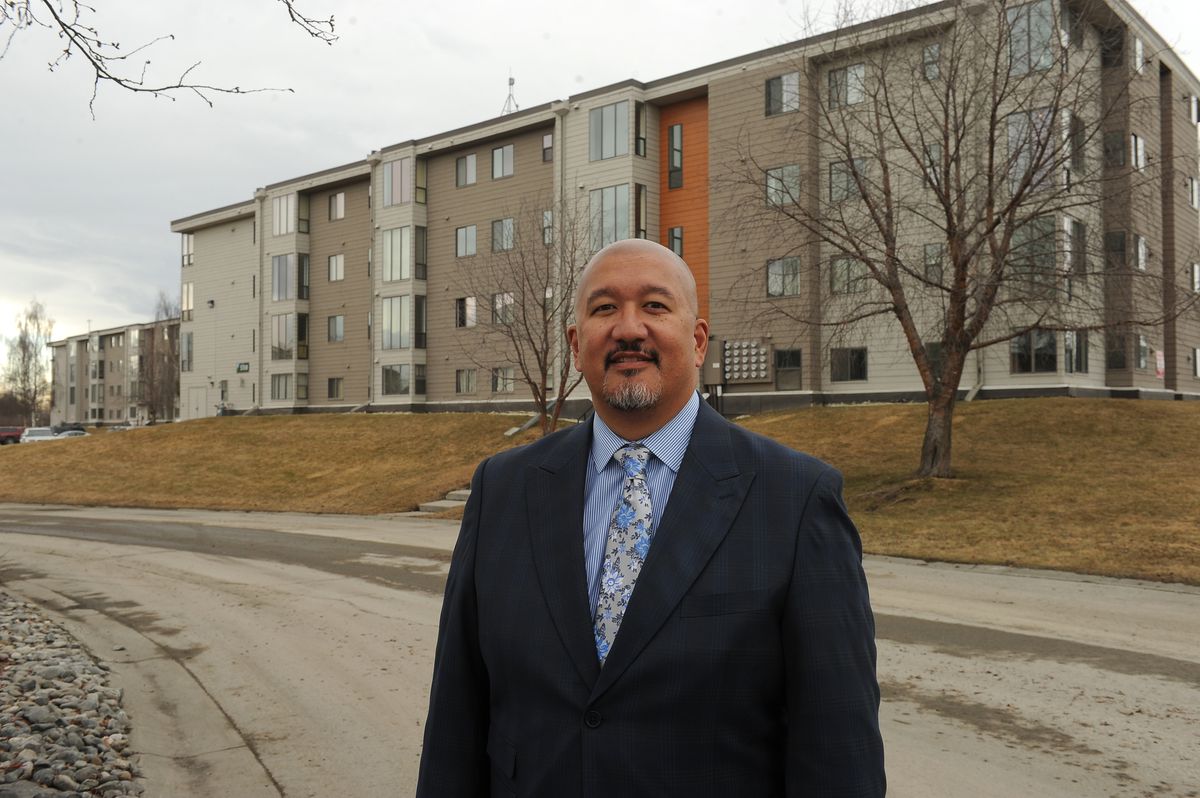 Anchorage's largest private property manager and a nonprofit housing authority have forged an unusual partnership to provide apartments, job training and case managers to 40 homeless households, a model they say could be replicated in other states if it's successful.

With a fund of more than a half-million dollars amassed from a wide range of prominent donors, Weidner Apartment Homes and Cook Inlet Housing Authority plan to run a one-year test project that opens up empty apartments to some of the city's lower-risk homeless adults, young adults and families.

One main goal is to ease pressure on the city's overflowing emergency shelter system and allow social services agencies to focus on the city's more entrenched homeless, officials said Wednesday at a news conference at City Hall. It's the first time a large private landlord in Anchorage has spearheaded such a program, and there are hopes it could lead to a visible reduction in the city's homeless population, officials said.

"We're under no illusions we're going to solve homelessness, but we're going to do a part that hasn't been tried before," said Greg Cerbana, a spokesman for Weidner Apartment Homes and a member of the Anchorage Economic Development Corp. housing group.

The project will cull participants from a list that ranks the city's homeless by name. Anchorage began compiling the list in 2016 as part of a new national approach to reducing homelessness, using factors like the amount of time spent on the street, critical health conditions and factors like mental illness or substance abuse.

The list assigns each person or family a number from zero to 17, with 17 being the most vulnerable. The Weider-Cook Inlet Housing program will serve the less-vulnerable end of the spectrum, or people ranked 1 to 5, said city homelessness coordinator Nancy Burke.

Gabe Layman, executive vice president and general counsel at Cook Inlet Housing Authority, said the idea is to help people who are relatively self-sufficient and able to work but became homeless as a result of a life change or economic hardship, like a layoff or a medical problem. He pointed to data collected by the Anchorage Coalition to End Homelessness showing that one-third of the city's homeless have reported employment and income as the cause of homelessness.

Separate efforts are in motion to find housing and support for people who rank higher on the list and are struggling with more severe mental health, behavioral health or substance abuse issues, Burke said.

Starting this summer, the Weidner-Cook Inlet Housing project, dubbed "Path to Independence," will put homeless adults and families in apartments around Anchorage with a mix of supports. About two-thirds of the participants will be placed in Weidner properties.

Each person or family will receive up to $6,500 to cover six months of housing, Layman said. He said the money will be distributed on an incremental basis. A case manager with Catholic Social Services will help manage the money, and also help the homeless individuals keep track of personal goals, like setting up job interviews.

The money can cover a wide range of housing needs, like rent checks, but also other costs related to work, including union dues, uniforms and tools, and even child care, Layman said.

There will be a "landlord liaison," a point of contact between the landlord and the case manager to help with problems like unpaid rent. The project also creates a pool of money to partially reimburse the landlord if an apartment is damaged. People in the program may also have a checkered rental history or a lack of cash that would have otherwise disqualified them for market-rate housing, and this is a chance to build back a good track record, Layman said.

Job training and internship opportunities are integral to the project, Layman said. That could include landscaping or maintenance work on a Weidner or Cook Inlet Housing property. The goal is to help people live independently in a matter of months, Layman said.

Drawn from ideas pioneered in other states, pieces of the model have been tested out in Anchorage in recent years, largely through major philanthropic donations from Providence Health and Services Alaska and coordinated by United Way of Anchorage.

But these efforts have typically fallen to the government or nonprofit agencies, like Catholic Social Services, to manage as separate programs.

Layman said the hope is that the city will move away from a system where donors provide money to a pool of competing nonprofits, which are then expected to go out and "change the world."

"We believe … there is a more significant role for private landlords to play," Layman said. "Not only because it's the right thing to do, but because there's a potentially effective business model there."

Nearly two dozen donors contributed to the test project, including the Rasmuson Foundation, major corporations like BP, ConocoPhillips, Wells Fargo and GCI, the Providence health system and 11 of the state's Alaska Native corporations.

Weidner Apartment Homes donated $200,000, or slightly less than one-third of the total pool of money for the first year. Weidner has not traditionally accepted government housing subsidies, Cerbana said. The company owns 5,000 units of housing in Anchorage, the lion's share of the city's rental properties.

But Weidner also owns properties across the United States and in Canada, including in places where homelessness is seeing a dramatic spike, such as Seattle and California, Cerbana said. Dean Weidner, the Seattle-based owner of Weidner Apartment Homes, has come to see homelessness as a dominating issue, Cerbana said. Meanwhile, the rental vacancy rate in Anchorage has climbed considerably since 2013.

Cerbana and Layman said the project is a test for big new ideas. Data will help show what's working and what isn't, Cerbana said.

If the model is successful in Anchorage, it could be replicated in Weidner properties elsewhere, Cerbana said.