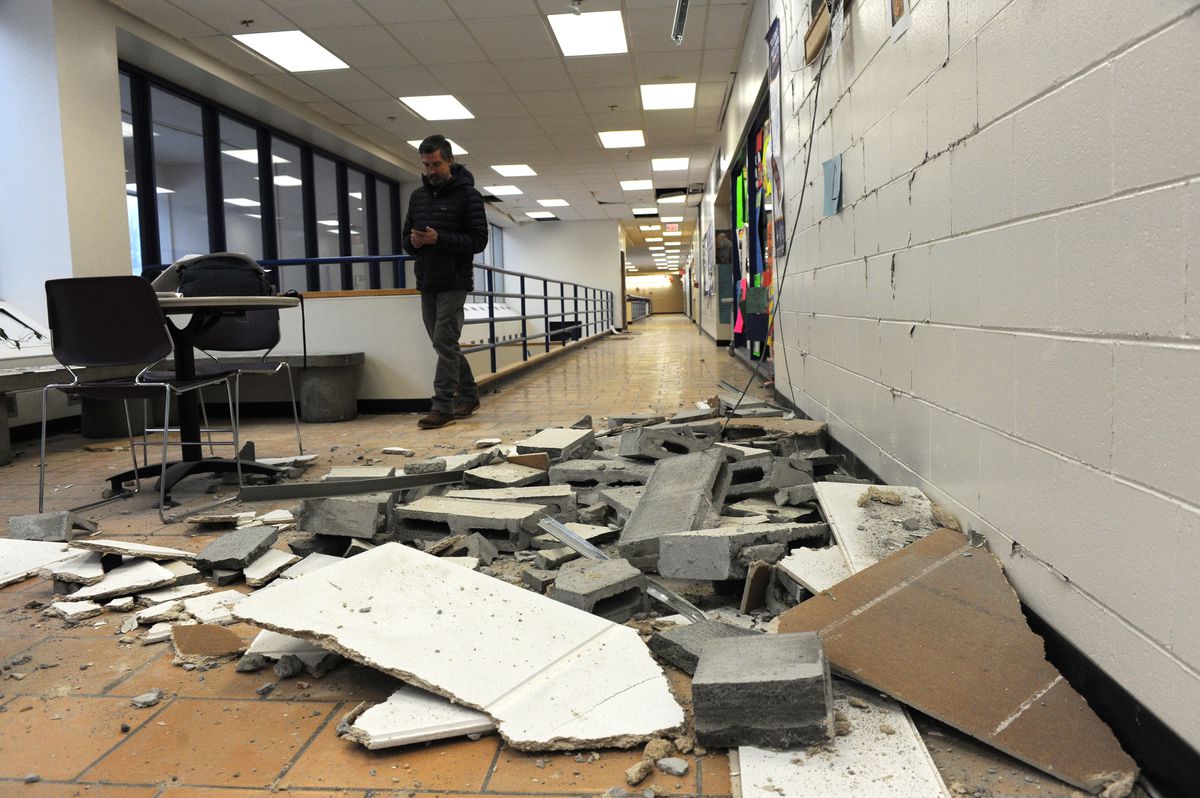 The Anchorage School District has released a list of the earthquake damage status of each of its 92 schools and facilities.

School Superintendent Deena Bishop announced Sunday that school would be canceled for the week as the district continued the monumental task of cleaning up earthquake damage that touched nearly every facility in the district, ranging from spilled books and materials to flooding, fallen ceilings and structural damage.

As of Monday afternoon, the majority of Anchorage schools were in the yellow category -- some 81 schools, including every high school and middle school. Seventeen facilities, mostly elementary schools, were listed as green.

Only one school, Eagle River Elementary School, was listed as unsafe to occupy. District officials said Sunday that school, near downtown Eagle River and one of the oldest in the area, was being examined for structural damage.

Eagle River Elementary School was built in 1961 and was last updated in 1984, according to municipal planning documents.

More schools are expected to be put on the “green” list as messes are cleaned up.