Sea Galley restaurant was burglarized twice before it burned down 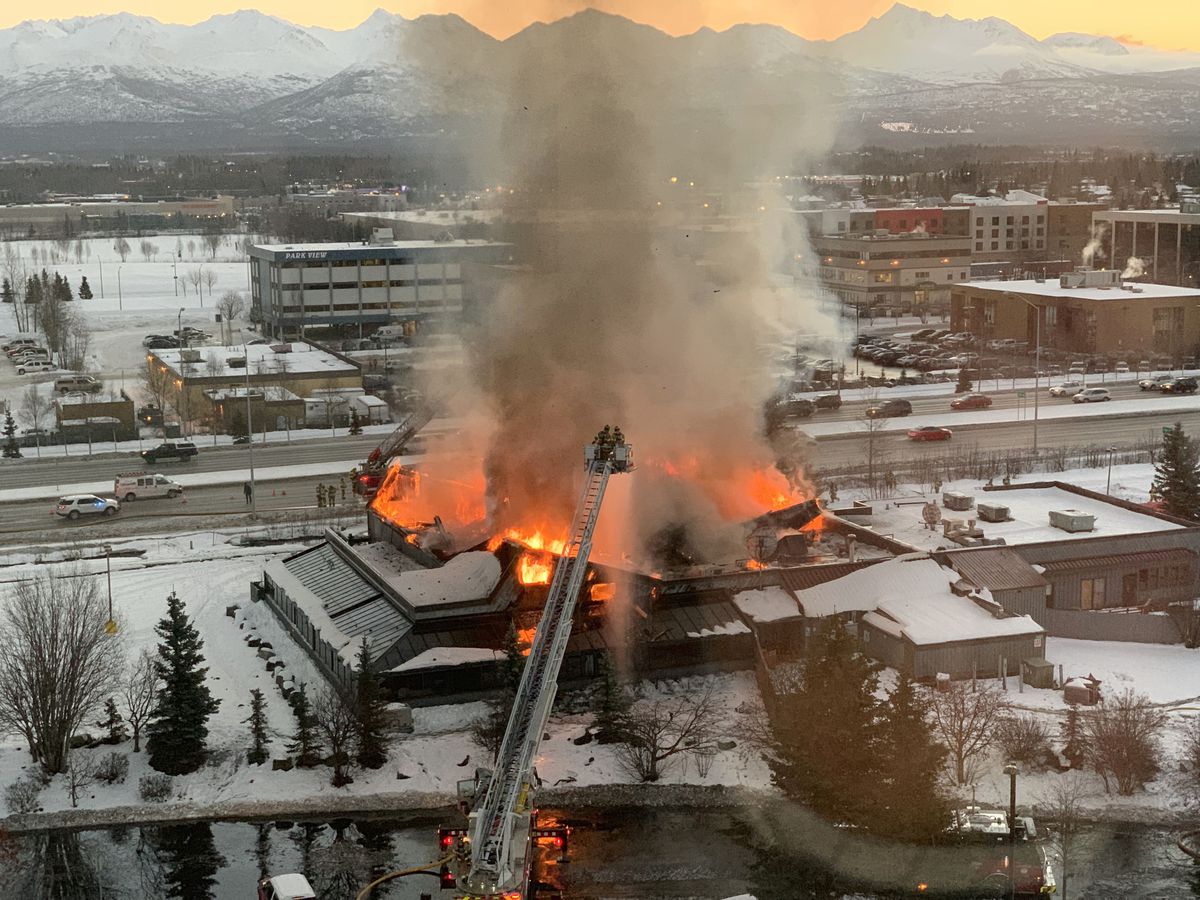 The former restaurant Sea Galley burns in Midtown Anchorage on Thursday, Jan. 3, 2019. The photograph is made from the Alaska USA Federal Credit Union building at 4000 Credit Union Dr. (Photo by Geoff Lundfelt)

The former restaurant Sea Galley burns in Midtown Anchorage on Thursday, Jan. 3, 2019. The photograph is made from the Alaska USA Federal Credit Union building at 4000 Credit Union Dr. (Photo by Geoff Lundfelt)

The shuttered Sea Galley restaurant building that was destroyed in a Thursday fire had been burglarized twice since it closed in late October, Anchorage police said Friday.

The fire in the Midtown restaurant, which had been slated to be demolished this week, began around 6 a.m. and took about 20 fire units hours to put out, fire officials at the scene said.

Anchorage police spokeswoman Kendra Doshier said although her agency didn’t receive any reports about squatters or loiterers at the restaurant on Credit Union Drive in the months after it closed, police did respond to two burglary calls there in as many months.

Officers responded to the first burglary around noon Nov. 8 to find no one at the building, police said. The back entrance had been forced open, and “undisclosed stolen items” had been taken. There was also damage to the property, but no arrests have been made, police said.

The second burglary, on Dec. 23, led to the arrest of 56-year-old Arthur Gamash. Officers reportedly found the man at the restaurant while they were responding to a burglary-in-progress call around 5:45 p.m, police said. Gamash was charged with second-degree burglary and remanded to the Anchorage Correctional Complex, where he posted $1,000 bail.

It was not immediately clear what the burglar was trying to steal.

Assistant fire chief Alex Boyd said no one was believed to be in the building when the fire started. The utilities and fire suppression system had been turned off, Boyd said.

Fire officials said crews will be working with the building owners over the next several days to investigate the cause of the fire. As of Friday, the building wasn’t safe to enter, the fire department said.

Fire officials said because the building was slated for demolition, the interior walls and fire safety features had been removed, which may have allowed the fire to spread more quickly.