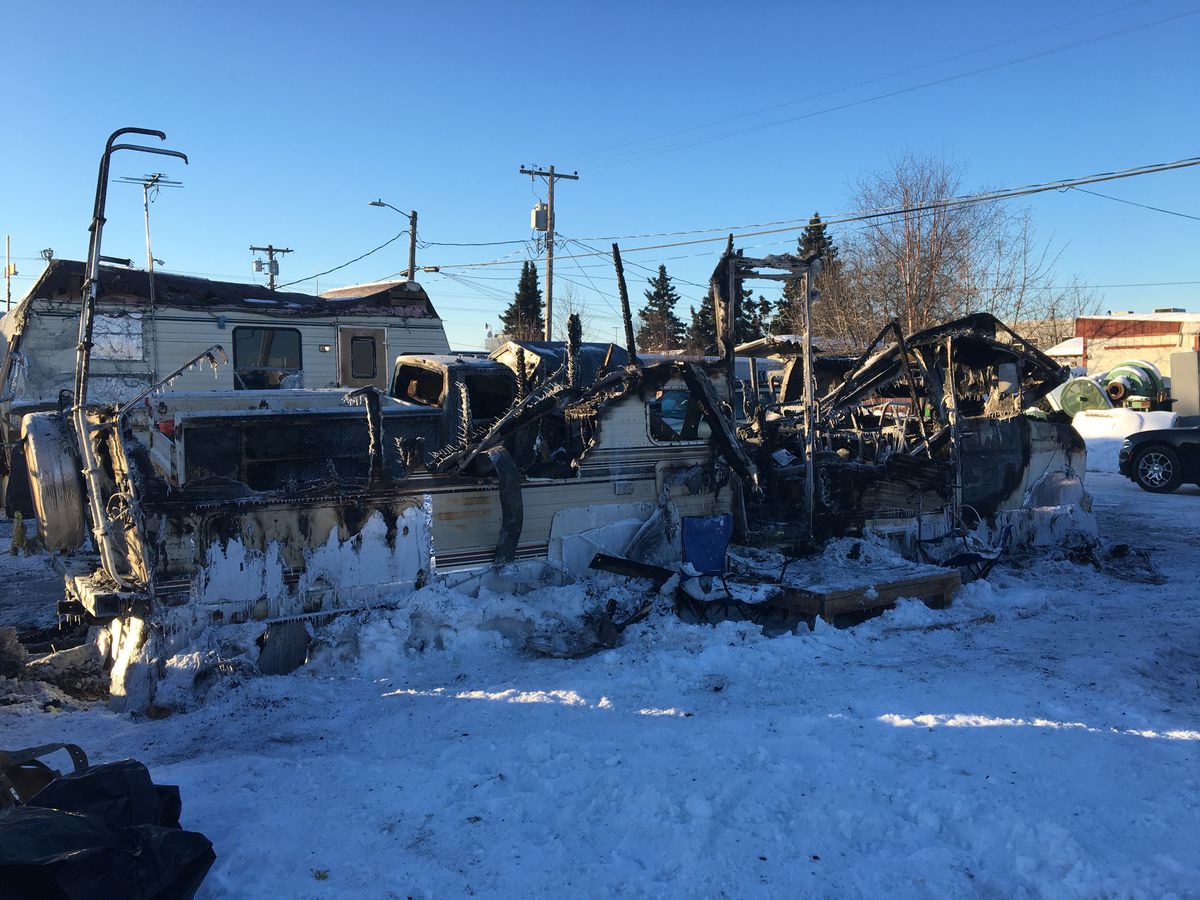 A motor home was destroyed in a fire that killed one person in Midtown Anchorage early on Thursday, Feb. 14, 2019. (Madeline McGee / ADN)

A motor home was destroyed in a fire that killed one person in Midtown Anchorage early on Thursday, Feb. 14, 2019. (Madeline McGee / ADN)

One person died early Thursday in a Midtown Anchorage RV park when a motor home they were living in caught fire.

Chief Jodie Hettrick of the Anchorage Fire Department said the motor home parked at 2610 Fairbanks St. was engulfed in flames by the time fire crews arrived just after 3 a.m.

Firefighters extinguished the flames within 20 minutes of receiving the call, she said.

The victim’s identity has not yet been released. Hettrick said she wasn’t aware of anyone else inside the motor home at the time.

The motor home was destroyed and a neighboring motor home was damaged. Volunteers from the Red Cross of Alaska were on the scene for about two and a half hours to give housing and financial assistance to neighbors affected by the fire, organization spokeswoman Cari Dighton said. One resident was displaced.

Fire investigators had left the scene by about 10 a.m. They have not yet determined the cause of the fire, Hettrick said.

Hettrick said that because the factors that can cause a fire inside a motor home — things like the cooking range, the electrical system and the heating system — are so closely contained, fires can spread quickly. That can make it difficult for investigators to determine exactly how and where the fire began, she said.

The Fire Department has no reason to believe this fire is connected to the string of fires that have struck multiple Anchorage businesses within the last several weeks, Hettrick said.