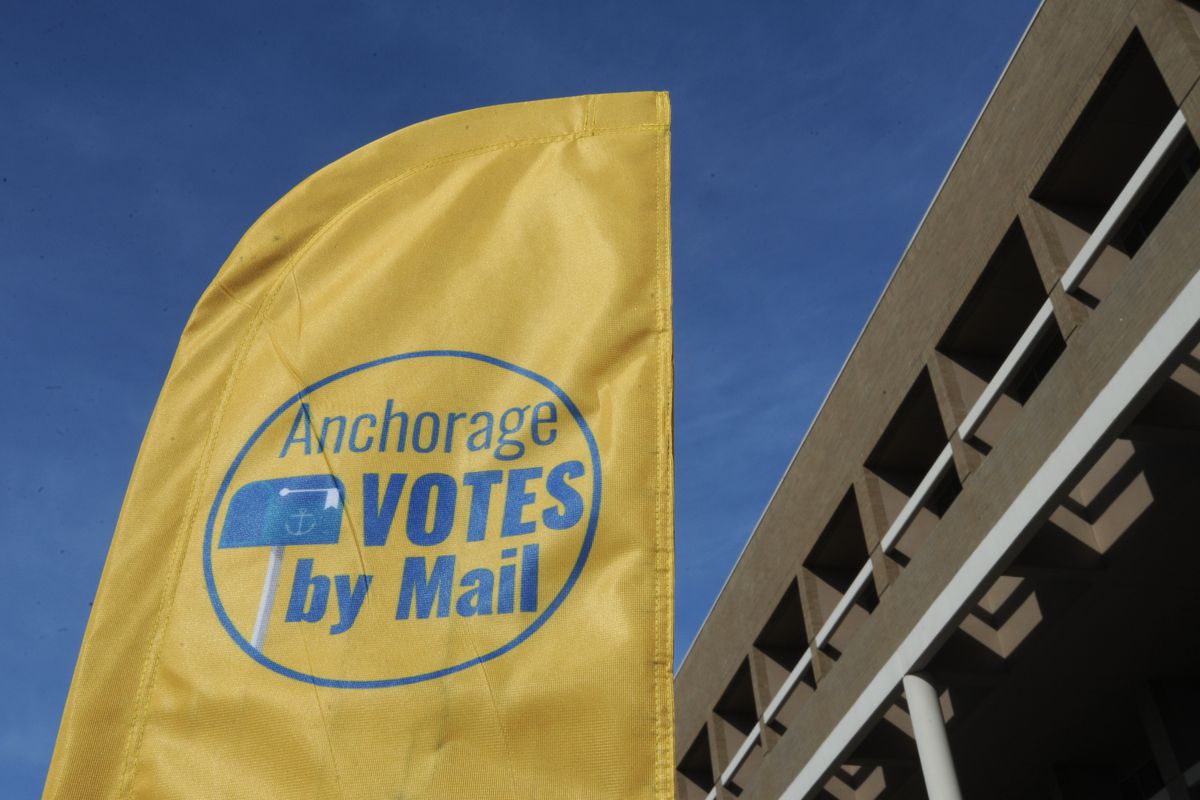 Anchorage voters were soundly rejecting a local alcohol tax Tuesday night that was pitched as a way to raise money to tackle homelessness, substance abuse and illegal camp clean-ups.

With about 42,000 ballots counted, 52 percent of voters had voted against the tax proposition.

About 10,000 ballots had been received by election officials but not yet counted. The overall turnout rate so far was about 19 percent. An unknown number of ballots were in the mail, or gathered from drop boxes and at accessible vote centers later in the day Tuesday. Those ballots likely number in the thousands, officials said.

Officials said additional results would be posted daily as results come in.

At the city’s election headquarters on Tuesday night, Anchorage Mayor Ethan Berkowitz, who proposed the tax, said he was hopeful the results would change with more votes but that it was a “long shot.”

The money was legally restricted to certain purposes, such as the clearing of illegal camps, housing, a substance abuse treatment center and an expanded Anchorage Safety Patrol. At the time it was introduced, Berkowitz called the alcohol industry a “cost-causer that is not paying the cost.”

The tax faced an aggressive and well-funded opposition campaign from the local, state and national alcohol industry. Business owners characterized it as misguided and unfair. A string of companies that included brewing giants Anheuser-Busch and MillerCoors raised roughly $300,000 in ad money through a group called Alaskans Against Unfair Alcohol Taxes.

One widely-seen ad referenced critiques of how Seattle was handling its homelessness spending. Other ads focused on the state’s existing alcohol tax.

The city police and fire unions, Brown Jug Liquor Stores and a nonprofit that works to fight alcohol-related problems converged to support the tax. Ads for that campaign, Yes for a Safer Anchorage, framed the tax as a way for responsible drinkers to pay a small price toward resolving community challenges, and to curb alcohol use among heavy drinkers and young people. The tax also gained letters of support from the Anchorage Chamber of Commerce and the Anchorage Economic Development Corp.

“I think the fact that the liquor industry pumped hundreds of thousands of dollars of money in and distorted the debate, told some flat-out falsehoods about what the tax was intended to do and the consequences of it, that had an impact,” Berkowitz said. “The other unfortunate reality is that the ‘yes’ side didn’t do enough to get its message out.”

He accused the campaign of misleading voters about the amount of the tax and what it would be used for.

“Anchorage is not like Seattle for a whole host of reasons,” Berkowitz added.

His administration now plans to look at other options for shoring up the cost of alcohol abuse in Anchorage, Berkowitz said.

Sarah Oates, the chair of the anti-tax campaign, also leads the Alaska Cabaret, Hotel, Restaurant and Retailers Association, a prominent state industry group that represents the hospitality industry. Before that, Oates worked for the state Alcohol Beverage Control Board, a regulatory agency.

Oates said Tuesday night she was optimistic about the results but wasn’t celebrating just yet. She also defended the anti-tax campaign she was involved in, saying the ads were truthful.

“I can’t speak for every single person who has spoken out in opposition to the tax, but I do feel like the campaign that I’ve been a part of has been honest with the public,” Oates said.

She said the services do need to be funded, but through statewide and local funding, not an alcohol tax. Moving forward, her organization was committed to working more closely with the city to find ways to address alcohol-related problems in Anchorage, Oates said.

The initial results Tuesday night also showed most bond propositions passing. That includes a $59.1 million school bond package to pay for roof replacements, earthquake repairs and other projects within the Anchorage School District.

Other bonds, for areawide public safety, roads and drainage, parks and recreation, fire and police were passing in the initial returns. The exception was a bond for areawide facility improvements, with 52 percent of voters voting “no.” That bond included renovations at Anchorage Memorial Park Cemetery, improvements for the Anchorage and Chugiak senior centers, code upgrades at the West High Pool and upgrades for the Loussac Library elevator.

Voters were also leaning strongly in favor ballot propositions that would expand enforcement of junk and abandoned vehicles, and make it easier for the city to negotiate lease-to-own agreements for rented real estate like City Hall and the new Anchorage Police Department headquarters.