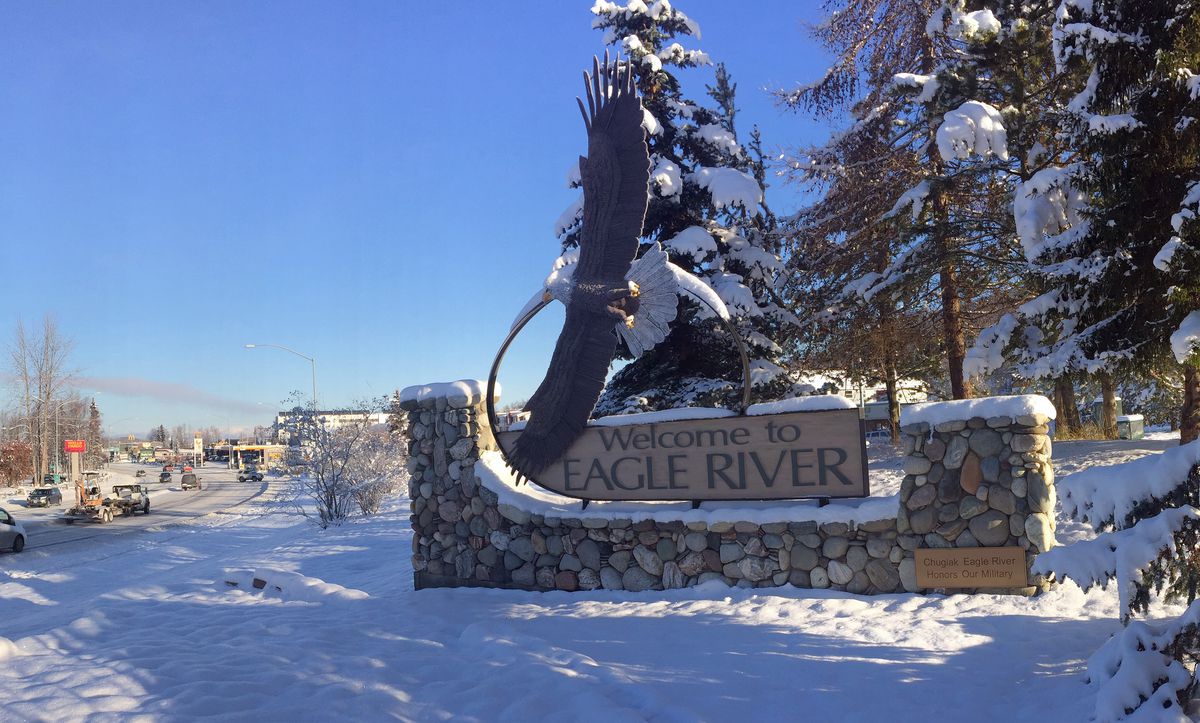 Former Anchorage Mayor Dan Sullivan used to refer to Chugiak-Eagle River as “the breakaway republic," and for decades residents of the northern reaches of the municipality have seen their dreams of independence remain unfulfilled.

“We have put together a group of people who are seriously contemplating a detachment of Assembly District 2,” said Michael Tavoliero, chair of the newly formed nonprofit whose name is a nod to the “Brexit” movement to separate Great Britain from the European Union.

Tavoliero said the new group has a website and board officers, and plans to hold an educational meeting from 7 to 9 p.m. May 3 at the Eagle River Lions Club. He’s hoping for a big turnout.

“We’d like to involve the entire community to come and listen to what we have to say,” he said.

An Eagle River exit strategy has been sought by some in the area since the communities were incorporated into the Anchorage borough in the 1960s. In 1974, residents voted for separation and elected their own mayor and Assembly, but the effort was ruled unconstitutional by the Alaska Supreme Court and Chugiak-Eagle River was incorporated into the Municipality of Anchorage. In the 1980s, Fred Dyson helped lead an independence effort he called “the Great Divorce,” another unsuccessful attempt at secession from the big city 9 miles to the south.

Supporters of separation argue the Chugiak-Eagle River area has cultural, political, economic and demographic differences from the rest of Anchorage that can’t be ignored. They believe the area doesn’t have a loud enough voice in municipal politics and in matters related to public schools.

“Historically, the citizens of District 2 have been excluded from the MOA’s power structures. They have been repeatedly thwarted in their efforts to decentralize land-use decisions in their local neighborhoods, including those involving residential, commercial and industrial interests,” the group wrote in a “white paper” Eaglexit posted to its website this week. “These citizens consider detachment from the MOA a strategy to advance their vision of a well-managed community.”

“There is certainly is a feeling amongst those who pay attention that the value system of most of the constituency here in the Eagle River-Chugiak area is different than the rest of the municipality and that we would do better if we were able to more control our own destiny,” Dyson said.

Those demographic and political differences include a less diverse racial makeup and more conservative voters. According to the Anchorage School District, 68 percent of Chugiak-Eagle River students are white compared to just 41 percent for the district as a whole. Republicans traditionally far outperform Democrats in the area, which has an all-Republican delegation in the Alaska Legislature and supported President Donald Trump by 3-to-1 margins over Hillary Clinton in 2016.

The 2010 U.S. census counted about 35,000 people in Chugiak-Eagle River, though Eaglexit backers say including the military base into the breakaway area would swell the new city’s population to around 50,000.

Chugiak-Eagle River does have some autonomy from Anchorage — the area has a separate Parks and Recreation Department, its own Road Service Area and a separate chapter in the municipal land use code that recognizes its more rural characteristics. But schools, utilities and public safety are mostly under the purview of the muni, which Eaglexit backers say means they have little control or say in how their children’s schools are run or where their tax dollars are spent.

“This has allowed through years of non-representative actions property tax increases, unsustainable bond issues and increasingly expensive public services with no commensurate productivity rendering District 2 voters largely powerless and disenfranchised in any efforts to politically mitigate these costly trends,” reads a proposed Assembly resolution posted to the group’s site.

Details of any separation plan have yet to be ironed out, and numerous potential hurdles stand in the way of a “divorce,” ranging from the constitutional issue to ownership of municipal assets like schools — there are 11 public schools in Chugiak-Eagle River and another four on JBER.

For now, the group is simply trying to organize and raise money to commission a new feasibility study to look into the idea.

“Our hope is that we can get people involved and once they are involved make some decisions on what the thought pattern is going forward,” Tavoliero said.

Tavoliero said they think local residents could run a more efficient ship than the 300,000-resident municipality can.

“Our goal would be to simplify self-government,” he said.

When the separation idea was broached in the early 2000s, backers argued a complete “divorce” from Anchorage might not be necessary. Dyson said one idea would be to have Anchorage revert to a borough, which would allow communities such as Chugiak-Eagle River in the north and Girdwood in the south to form first- or second-class cities.

In 2007, the state of Alaska commissioned a study by Northern Economics to examine “the cost of providing services in both of the new hypothetical boroughs as well as revenues sources and estimates of new property tax rates for each of Anchorage’s 57 taxation districts.” That study found that sustaining general government services would require an increase in taxes, and educational services could not be sustained by a separate borough even with tax increases.

“The study concludes that the (Eagle River-Chugiak) Borough could not provide its potential citizens with the same level of services that the current MOA provided in 2006 without an increase in property taxes or some other form of revenue,” the authors wrote. “Further, even if the new Borough increases taxes, the new Eagle River and Chugiak School District (ERCSD) would have to reduce costs by millions of dollars to comply with Alaska’s education funding law.”

While taxes would go up in Chugiak-Eagle River, the study found a similar impact would not be seen by residents of the Anchorage Bowl.

“The effect of detachment on the Municipality of Anchorage would be much more muted,” they wrote, adding that the main costs to the muni would be related to the division of assets.

However, the study used an “apples to apples” comparison that assumed services would remain the same after a split. Tavoliero thinks that’s a flawed way of looking at things because a new Chugiak-Eagle River government would be leaner and more efficient.

“We as a group do not believe we would follow the same pattern of programming and services as the municipality,” he said.

Even if Eaglexit doesn’t happen this time around, Dyson said the effort is valuable because it sends the message that Chugiak-Eagle River residents yearn for greater autonomy.

“I think the movement itself and the stuff they’re doing will help to strengthen the cry that we out here should not be ignored and that our values — as different as they may be — need to be considered.”