‘We intend to succeed’: $40M investment pledged to reduce homelessness in Anchorage 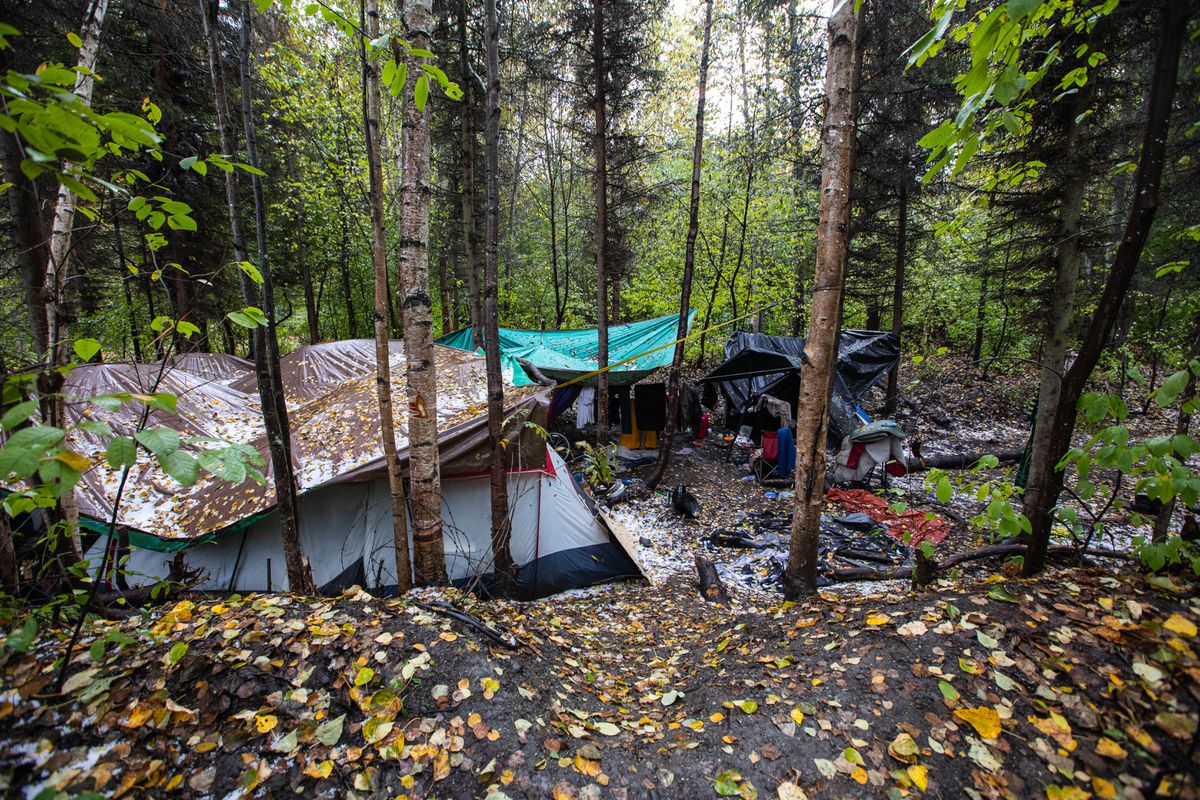 Anchorage Mayor Ethan Berkowitz described the private investment as momentous and unprecedented for Alaska. The money will fund and expand some programs and initiatives already in place, including housing, and also pay for new projects and strategies to address the complex problem of homelessness in the state’s largest city.

“We intend to succeed, and we will provide a house for every person that needs it,” said Diane Kaplan, president and chief executive of Rasmuson Foundation, one of the four funders. “Now is the time.”

“Having owned and operated apartments in Anchorage, Alaska, for over 40 years, I feel very connected to this community and have consistently found that when Alaskans are confronted with a problem, they come together and solve it,” said Dean Weidner, chairman and founder of Weidner Apartment Homes, Alaska’s largest owner and operator of residential rentals.

The injection of private money follows a chaotic summer for the city’s homeless services during the state’s tense back-and-forth budgeting process. Under Gov. Mike Dunleavy’s first round of budget vetoes in late June, the providers faced sudden and significant state funding cuts, prompting the city to declare a civil emergency.

State lawmakers later put most of the money back for homeless services, and Dunleavy didn’t veto it.

Anchorage’s civil emergency declaration expired this week. Under the declaration, the city had agreed to spend $400,000 to keep Brother Francis Shelter open and operating at full capacity, and it provided portable toilets for Bean’s Cafe, said Ona Brause, Berkowitz’s chief of staff.

“Because of the chaos that was created by the budget dynamics, they had an influx of people coming down for food, so they needed more bathroom facilities,” she said.

“We need the state and municipality to be invested in this and providing those basic-need services so this new infusion of funding can really be used to move the needle in the future and reduce homelessness,” she said.

Kaplan underscored the need for a private-public partnership. Now is the time to invest in solutions given the systems in place, local leadership and progress already made, she said.

About 1,100 people are homeless in Anchorage at any given time, she said, citing data from the city. That number has stayed flat in recent years, while other West Coast cities are seeing their numbers rise. That shows Anchorage has been “extremely successful" in testing out different ways of keeping its homeless population from increasing, she said.

“This is an opportunity to make a true difference,” she said.

Over the next few months, organizations are expected to announce specific projects and programs that the funding will go toward, guided by the city’s strategic plan for homelessness, Anchored Home.

Jasmine Boyle, executive director of the Anchorage Coalition to End Homelessness, said the new funding will allow the city to move from “treading water” and sustaining current services to getting ahead of the cycle of homelessness.

“This is the infusion of resources we needed to take the next big step forward to achieve the functional zero that everyone is after,” she said.