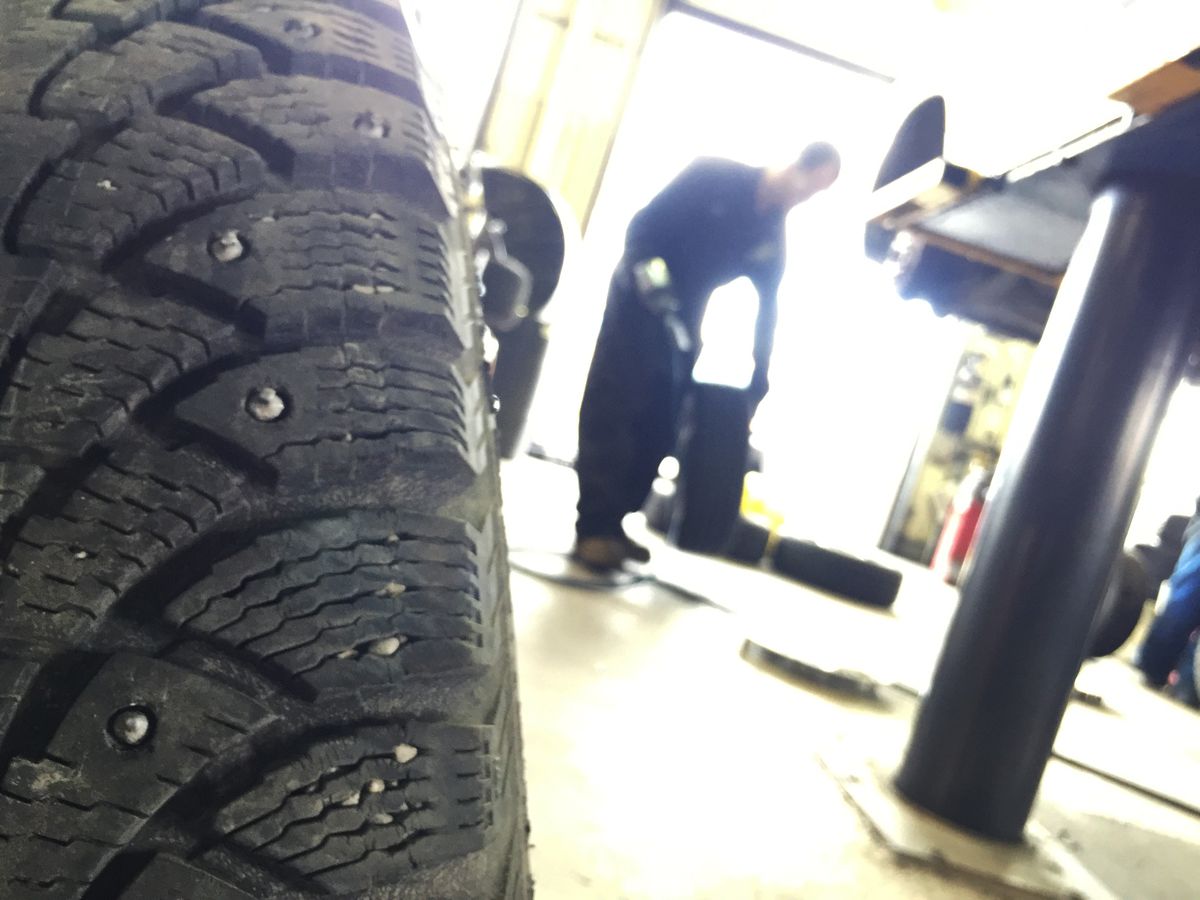 Summer tires are swapped out for studded winter tires in Anchorage in 2015. (Scott Jensen / ADN archive)

Summer tires are swapped out for studded winter tires in Anchorage in 2015. (Scott Jensen / ADN archive)

The city of Anchorage is looking to trim the winter tire season by a couple weeks to limit studded tires from ripping up city streets.

A study from the University of Alaska Anchorage found the city usually allows drivers to use studded tires before there is significant snowfall. The study says climate change has exacerbated the issue.

On Nov. 5, the assembly will hold a public hearing on a potential ordinance that will move the start date for studded tire season from Sept. 15 to Oct. 1. It would not change the season end date of May 1, and wouldn’t go into effect until 2020.

Violating the seasonal ban in Anchorage can be costly. The citation for offseason studded tire use is $50 per tire. According to Anchorage Police Department data, police have issued 355 citations so far in 2019 — a leap from the 199 citations in 2018 and the 285 in 2017.

Those are all moving violations. Parked cars can also be cited by parking enforcement personnel.

City officials say pushing the season back two weeks will still give residents ample time to have their tires changed before the first big snowfall. The proposed ordinance would also allow the city to extend the season at will based on weather projections.

According to the National Oceanic and Atmospheric Administration, Anchorage doesn’t get an inch or more of snow depth until Oct. 25 on average. The first “greater than a trace” snowfall comes on Oct. 21 on average.

Driving studded tires on bare asphalt chews up the roads. According to the UAA report, studs take about seven years off the life of a road. The city of Anchorage assumes a 20-year life for the surface of its roads.

The state as a whole spends $13.7 million per year in premature road repairs due to studs, the report found. Shortening the season by two weeks on either side would save the state $3.2 million, though the state is not considering changing its stud season. There is not an economic forecast for the city.

The issue persists despite a significant drop in studded tire use. According to the UAA report, surveys of Anchorage-area parking lots in 1990 found studded tires on 49% of vehicles. In 2018, it was only 35%.