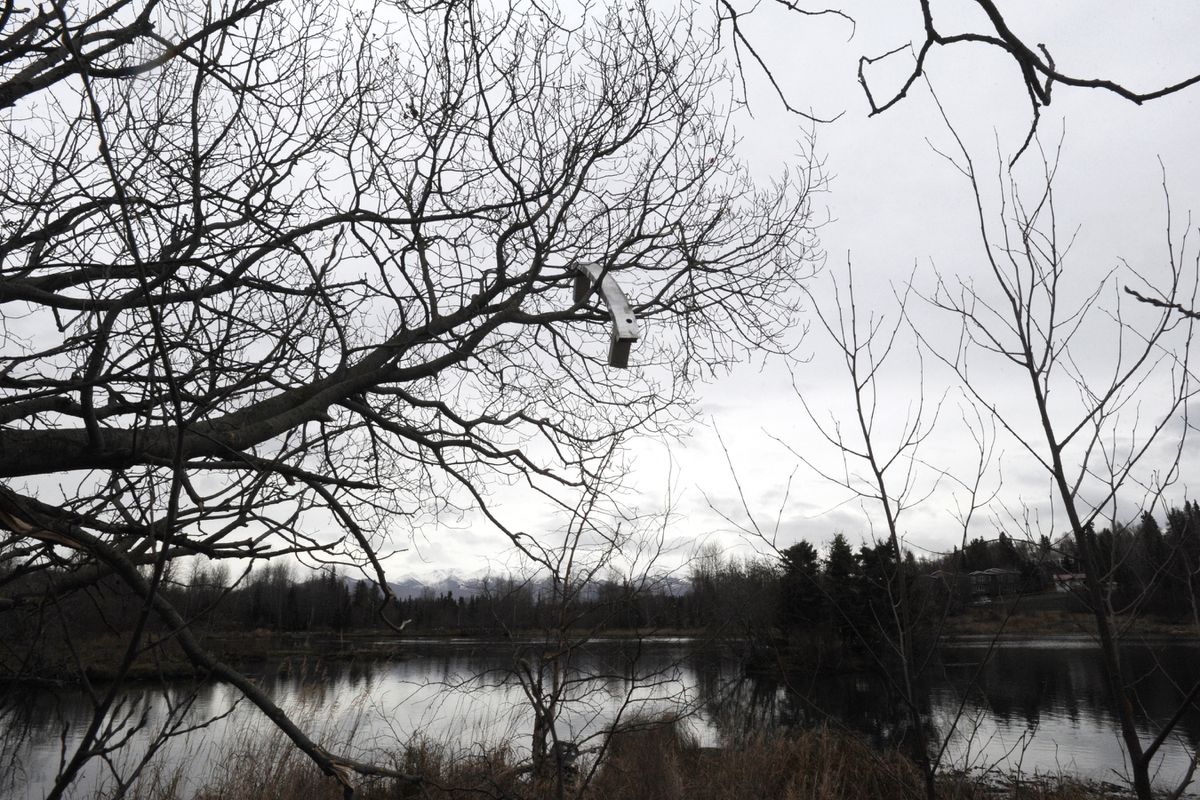 A bumper rests in a tree at the scene of a fatal SUV crash where the vehicle left Minnesota Drive and rolled into Westchester Lagoon on Tuesday. (Bill Roth / ADN)

A bumper rests in a tree at the scene of a fatal SUV crash where the vehicle left Minnesota Drive and rolled into Westchester Lagoon on Tuesday. (Bill Roth / ADN)

Update, 4 p.m. Thursday: All occupants of an SUV that left Minnesota Drive and rolled into Westchester Lagoon early Tuesday morning have been accounted for, according to Anchorage police.

Investigators initially believed that there were four occupants of the SUV when it crashed, killing a man and sending two women to the hospital, police said in an online alert. Police said Thursday that they stopped their search for a fourth victim after investigators determined there were only three people in the vehicle.

Police said that the cause of the crash remains under investigation and no further details were immediately available. Next of kin were still being notified.

A man is dead, one person was missing and two women were hospitalized early Tuesday after a speeding SUV left Minnesota Drive and rolled into Westchester Lagoon, Anchorage police said.

A dive team tried unsuccessfully to locate the missing person in the lagoon, police said.

“No other occupants have been located,” a police spokeswoman said in an email around 11 a.m.

A man staying in a camp near the lagoon said he heard a loud screech around midnight. When Andrew Denny walked toward the sound he said smoke was billowing from the water.

Officers and fire department medics responded to the scene near Hillcrest Drive around 12:15 a.m. and found that all four people in the northbound SUV were ejected. None was wearing a seatbelt, police said in a 1:25 a.m. alert.

“The Dive Search and Rescue Team has responded to the scene to search for a fourth victim who has not yet been located. There are no additional details at this time,” the alert said.

Denny said he and three or four other witnesses stopped to help a woman get out of the water. He said he watched officials pull someone from the water about 40 minutes later.

Police said two women were hospitalized for serious injuries from the crash. Police have not yet identified the victims.

Northbound lanes of Minnesota were closed overnight and reopened before 6 a.m.