Anchorage mayor to Eaglexit supporters: ‘Show me the money’ 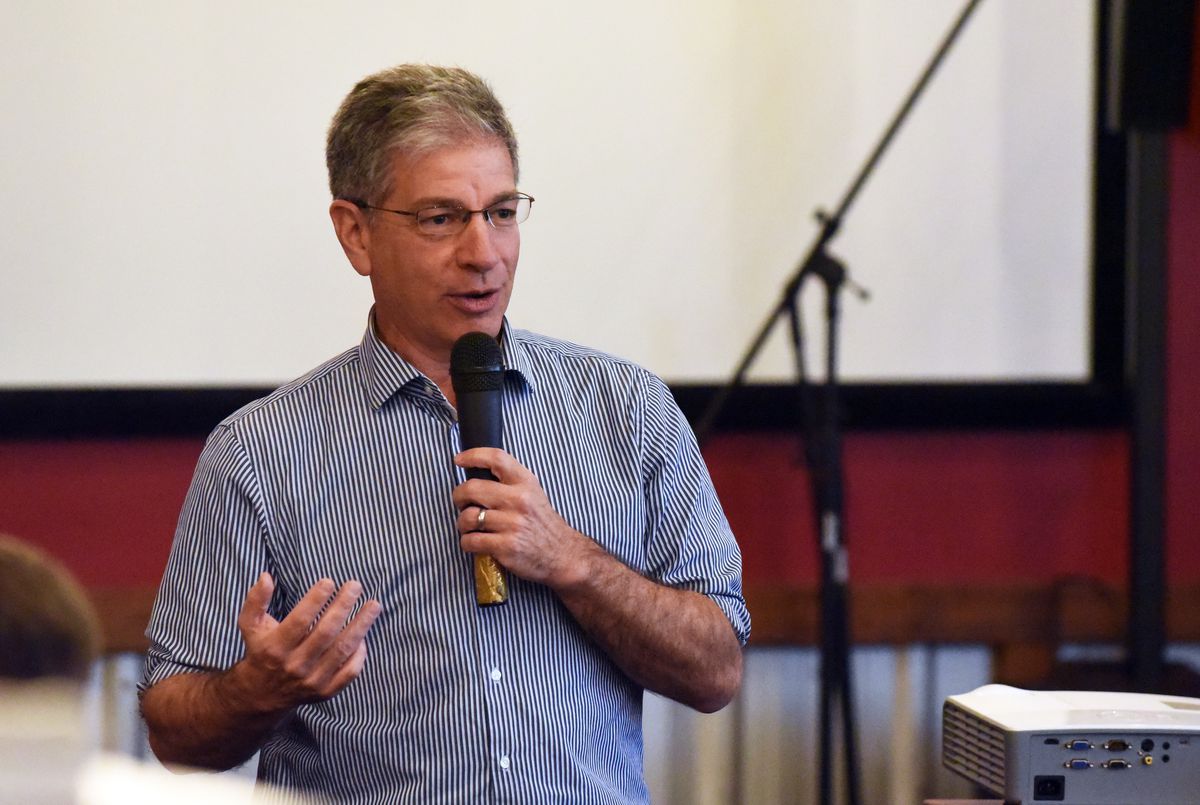 Anchorage Mayor Ethan Berkowitz says he’s all for smaller government but isn’t convinced Chugiak-Eagle River residents would be making a wise decision by breaking away from the municipality.

Berkowitz spoke on a wide range of topics during a speech to the chamber. He said the muni is in good financial shape despite continued reductions in state revenue sharing, and he touted increases in the Anchorage police force.

But it was perhaps his thoughts on Eaglexit — the name chosen by locals exploring the idea of detaching Assembly District 2 from Anchorage and forming an independent government — that drew the most interest from the large crowd at Matanuska Brewing Co.

The diminutive father of two opened his comments on the matter with a dad joke.

“All the studies I’ve seen have shown Eagle River coming out of the municipality would result in an increased cost to the people who live here," he said, pointing out that a new city would need to create its own police force and administration — things Chugiak-Eagle River residents already have in Anchorage.

A study conducted in 2007 by an Anchorage economics firm concluded a detached Chugiak-Eagle River would be unable to preserve services without raising taxes. However, backers of detachment have said they believe they can create a more responsive and efficient local government through greater self-determination. Among the ideas they’ve floated would be to create public-private partnerships, which they say would reduce costs through outsourcing.

The effort has drawn visible support in Eagle River, where large yard signs have been popping up. The group has held three informational meetings and is planning a fundraiser Nov. 30 at Jitters in Eagle River. They also have a website that includes videos of past events and more information about the group.

But the proposal has also drawn criticism, and last month residents of Eklutna Valley — one of the Chugiak-Eagle River area’s six community councils — passed a resolution opposing the idea unless backers can show it would keep existing services without raising taxes.

“We just keep chugging along,” he said.

That’s in spite of state legislatures that have continually reduced the amount of money going to municipalities, he said.

Berkowitz used his speech to again push a plan he’s long championed that would apply a “percent of market value” formula to the Alaska Permanent Fund. He said such a plan would take about 5% of the fund annually and give 45% to pay dividends, 45% for state government and 10% for community dividends. That would allow for consistent PFD payments as well as long-term fiscal sustainability.

He said such a plan would remedy a situation in which the state continues to put more of the funding burden on cities and towns.

“They can’t ask local governments to assume more and more responsibility,” he said.

Berkowitz said he’s proposing a 2020 budget in December that’s likely to increase property taxes by about $20 per household. But he said he believes the muni is as lean as it can be and has been investing its money in the right places.

“Anchorage is in a much better place than we would have been had we not made those investments.”