Oil and fishing jobs mean people are still flying into Anchorage, but there’s lots of elbow room on planes 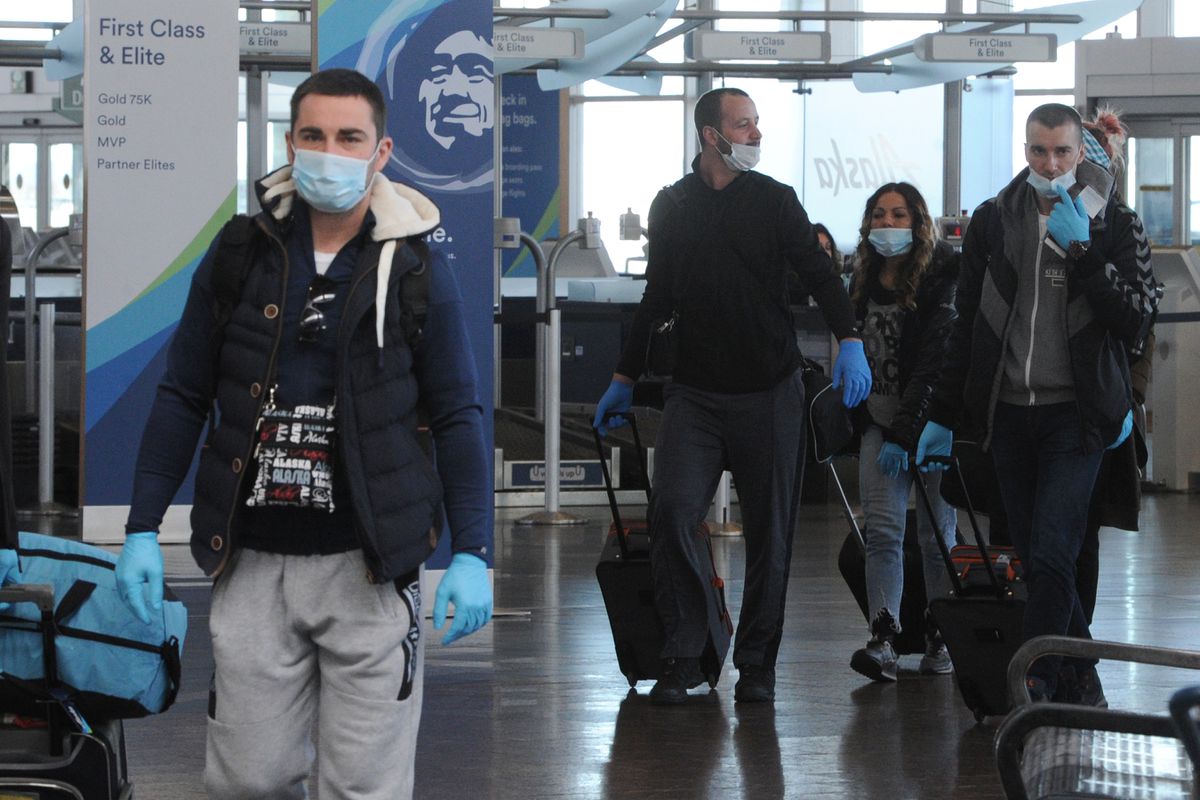 On one Saturday in April, the Anchorage airport was the world’s busiest.

It wasn’t people moving through Anchorage Ted Stevens International Airport. It was cargo — lots of it.

Amid the coronavirus pandemic, passenger traffic at Alaska’s largest airport remains subdued as a crash in demand for airline travel continues.

But cargo landings in Anchorage, a strategic stopover between Asia and North America, are actually up slightly, according to the Department of Transportation.

The April 25 anomaly that made Anchorage, for one day, the busiest airport on earth, operations-wise, “points to how significantly the global aviation system has changed and highlights the significance of our role in the global economy and fight against the COVID-19 pandemic,” airport managers said in a tweet.

On Saturday, ANC was the world’s busiest airport for aircraft operations. This points to how significantly the global aviation system has changed and highlights the significance of our role in the global economy and fight against the COVID-19 pandemic. pic.twitter.com/z34ZmjoaKL

Humans aren’t getting on planes much these days.

Across the country, the number of people flying appears to be down by roughly 95 percent from this time last year, according to data from the Transportation Security Administration.

“What’s happening nationally is happening at every airport across the country, regardless of airport size,” said Lorie Dankers of the TSA.

In Anchorage, passenger traffic is down by about 80 percent compared to last year, according to airport marketing manager Eland Conway. For all of last week, 4,658 passengers passed through the TSA checkpoint in Anchorage, according to data from the Alaska Department of Transportation.

On Tuesday, just 800 went through TSA in Anchorage.

Alaska may be slightly different, because people are still flying to and from the state for work in industries like oil and commercial fishing. All people arriving in Alaska are subject to a mandatory 14-day quarantine.

How full are the planes flying to and from Anchorage? It depends on the day, said Thompson. Some travelers have reported flying on jets with just a few other passengers. But others have said planes are half-full.

The company is taking measures to keep people apart, including filling only half the seats in first class, blocking all middle seats on large airplanes and all aisle seats on small planes. Flight attendants also move people around on half-full flights to ensure more distance between them, Thompson said.

On Friday, Alaska Airlines announced that starting on May 11 passengers would be required to wear face coverings on flights. Employees who come within 6 feet of customers will start wearing them Monday, the company said.

Meanwhile, Alaska Airlines has asked the Federal Aviation Administration for permission to turn some idled passenger 737s that usually carry people into cargo planes, buckling mail and medicine into seats where humans usually sit, according to Air Cargo World. (The flights would be cargo only, so people would not sit alongside packages.)

BP announced on Wednesday that it would donate 1 million gallons of jet fuel to Alaska Airlines to “support critical flying" in Alaska during the pandemic.

BP said Alaska Airlines will use the donated fuel, from the Cherry Point Refinery in Washington, to restore air service to towns cut off after RavnAir abruptly shut down and declared bankruptcy, delivering medical supplies, mail, food and emergency passenger service.

Alaska Airlines said it would, in turn, donate a million frequent flyer miles to the American Cancer Society.