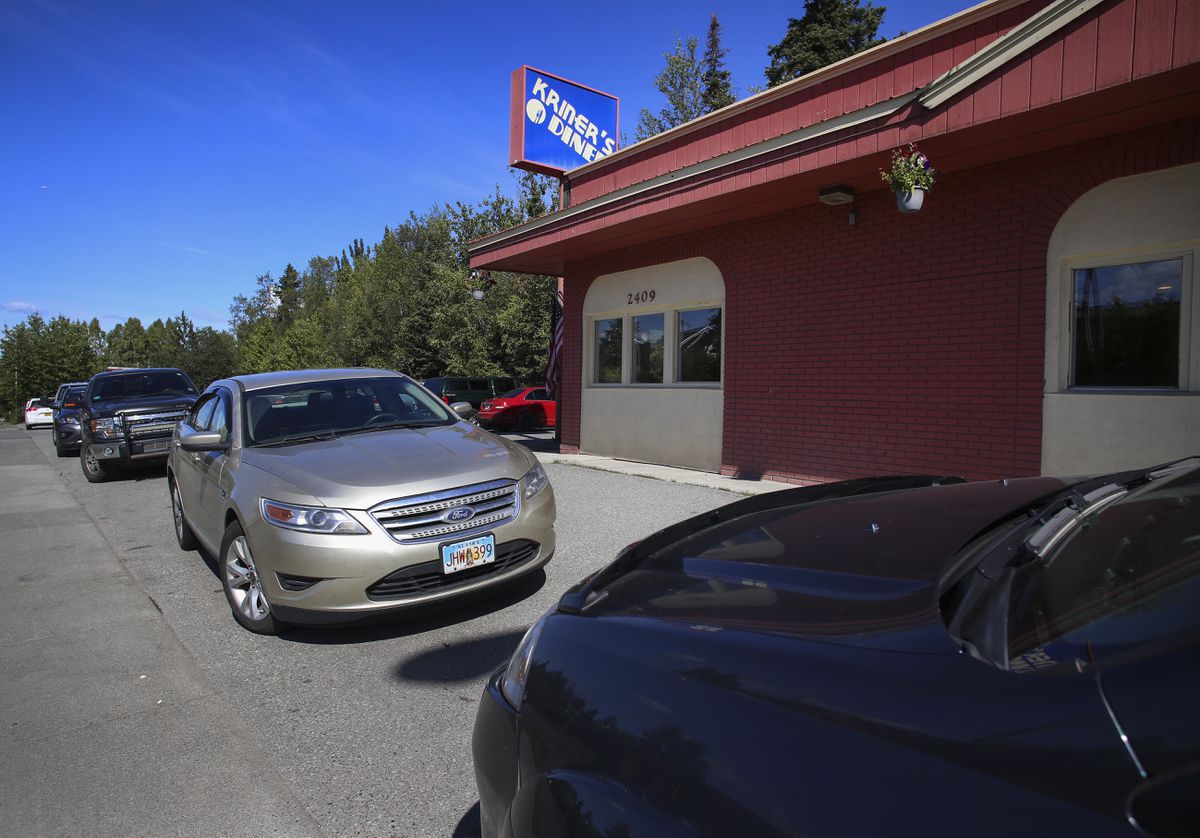 A state judge accepted a settlement agreement between the Municipality of Anchorage and a restaurant that defied a court order to obey the city’s emergency order closing all dine-in service in the city.

The city had filed for a contempt of court hearing when the diner disobeyed the court order and opened for regular service Saturday.

During the hearing Tuesday, Kriner’s Diner agreed to abide by a temporary injunction issued by Superior Court Judge Eric Aarseth last week and obey Emergency Order 15. In return, the municipality agreed to suspend fines incurred when the diner defied that court order.

The diner will instead pay $3,300 in fines, but can pay those instead to the Food Bank of Alaska or a similar “mutually acceptable entity,” according to the agreement, which was read aloud at the hearing by Kriner’s attorney, Blake Quackenbush.

Until Sept. 1, Kriner’s Diner is required to follow the city’s emergency order. The emergency order, issued by Mayor Ethan Berkowitz, is in effect until the end of August and was imposed following a rise in COVID-19 cases in the city. It closes all restaurants and breweries for dine-in service, allowing only outdoor service and takeout, and closes bars for all service.

If the diner does open for indoor service, it will be subject to fines of $5,000 per defendant per day.

Calls for sanctions made by both parties against each other’s lawyers have also been resolved.

The diner began a string of defiant actions last week when it remained open for dine-in service despite the emergency order, which went into effect last Monday.

The diner’s actions and the ensuing court decisions quickly became the focal point of a growing pushback against the emergency order and the city’s public health restrictions intended to curb the spread of the new coronavirus.

“Under the circumstances — at least I got the impression — that the emotions for some in the community were running pretty high,” Aarseth said when accepting the agreement Tuesday.

The city filed its contempt of court motion Saturday that called for Tuesday’s hearing and fines of $5,000 each per day for owners Andy and Norann Kriner and their lawyer, Quackenbush. After the week-long legal escalation, Kriner’s closed for dine-in service Monday in the face of the hefty fines.

Still, Aarseth said Tuesday that both parties had done “a remarkable job” in finding a resolution in the legal agreement.

The Kriners had continued dine-in service in their restaurant for most of last week.

After a city code enforcement worker delivered a stop-work order last Monday, the city began fining the restaurant $600 a day, but the diner stayed open. City attorneys then sought a temporary injunction from the court, which was granted by Aarseth on Friday and ordered the diner stop its service.

The terms of the settlement agreement were emailed to the Kriners and Quackenbush from the city’s attorneys Tuesday afternoon, Quackenbush said at the hearing.

The final agreement was a counter-offer from the city in response to an offer from Quackenbush’s office, city attorney Linda Johnson said.