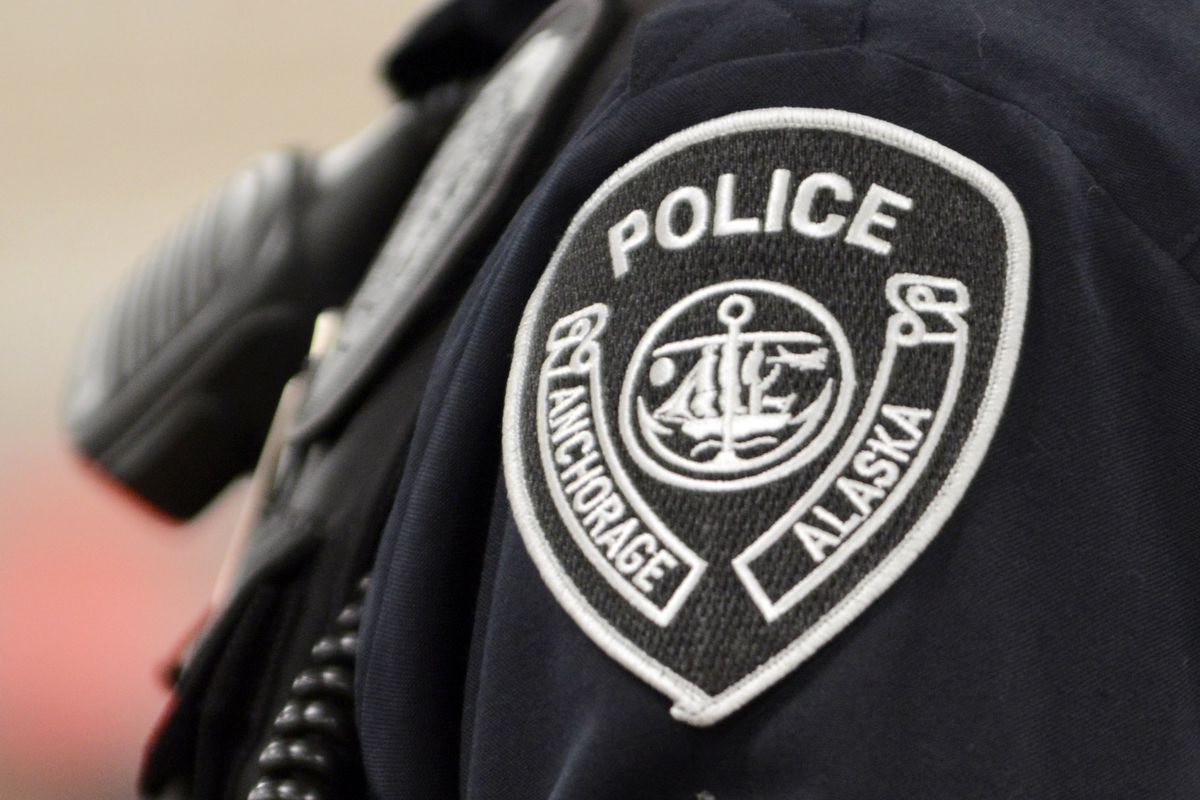 The Anchorage Police Department says it is taking its first serious look at buying and implementing body cameras, although after the department initially said a proposal would be released this summer, the timeline is now unclear.

Police Chief Justin Doll made the announcement in the wake of the killing of George Floyd by Minneapolis police and the resulting protests around the world, including in Anchorage.

Most midsized to large departments implemented body cameras years ago. By 2016, almost half of all police agencies in the country were using body cameras, including 80% of departments with 500 or more officers. APD has 430 officers.

Many departments in larger communities on Alaska’s road system also have started using body cameras over the last five years. The two largest forces in the state, the Anchorage Police Department and Alaska State Troopers have lagged behind, both citing funding as a primary reason for the delay.

Both Anchorage police and troopers have in-car video systems, but their scope is limited to whatever is clearly in view from the dashboard.

Doll said in a July interview that many law enforcement agencies that have implemented body cameras have had good outcomes.

“So from my perspective, and I think generally speaking for law enforcement, the body-worn cameras are fine,” Doll said. “We’re not opposed to those, it’s just we need to be given the right level of resource to be able to accommodate it.”

When Doll announced the police department would be pursuing body cameras on June 9, he said it would ask the Assembly for funding. In the July interview, Doll said the department hoped to have the proposal finished by the end of the month.

On Aug. 26, department spokesman MJ Thim said the department would not give an update on that proposal, answer questions about the estimated cost of the project or give more details about the department’s motivation to move forward with the plan this year.

“The Anchorage Police Department’s body camera proposal is being developed with input from our community and our partners,” Thim said via email. “It’s a layered process with many areas that need further development before we officially submit it for review.”

“There’s just this lack of trust in law enforcement,” Hodge Growden said. “We don’t want to have that lack of trust.”

Doll said barriers like ongoing costs of operating body cameras, lack of information technology personnel to manage the equipment and privacy concerns have stopped the department from making a serious effort to implement them in the past. Doll said all of those issues could be overcome.

Hodge Growden said the police have an obligation to respond to community concerns.

“We do rely on the police to protect and serve us, not just show up to arrest us or during a negative situation,” she said. “They are part of the community, and so are we.”

Alaska State Troopers also do not wear body cameras, said spokeswoman Megan Peters. Peters said the cost is prohibitive and cameras could create the need for more troopers because of the time needed to submit evidence from the cameras, she said.

Throughout the country, some departments started using body cameras in 2013 and 2014, but there was a huge surge following the killing of Michael Brown, an unarmed black teenager shot by a police officer in 2014.

During that time, the Obama Administration started a grant program to help local agencies purchase body cameras. The program pays for half of the equipment purchase, but none of the storage or maintenance.

So far, $82 million has been given out, according to Aili Malm, co-author of “Cops, Cameras, and Crisis: The Potential and the Perils of Police Body-Worn Cameras” and a criminology professor at California State University, Long Beach.

“Most of the agencies that apply end up getting funding,” Malm said.

Other midsized cities like Boise and Spokane have implemented body cameras. The Spokane Police Department outfits all of its officers with body cams, an expense of about $310,000 per year for equipment and storage, Spokane news station KREM reported. It has about 230 cameras in use each day.

Boise purchased the equipment for $400,000, and the estimated storage costs and other maintenance for the department’s 250 cameras was estimated at $250,000 per year, the Idaho Statesman reported when they were rolled out in 2016.

Anchorage police have a 2020 budget of about $121 million, and the department has about 430 officers.

The Daily News requested records showing what equipment APD purchased with grant funds it received over the past three to five years. The Municipality of Anchorage after nearly three months did not supply the records, and APD said it would charge $6,000 to fulfill such a request.

Last week, the department said the records were not readily available, and did not have a cost or time estimate on a revised, narrowed version of the request.

Anchorage police have never applied for grant funding for body cameras. Video storage is the costliest part of implementing a body camera program, and Doll said the ongoing storage costs are generally not covered by grant funds.

He said he hopes to fund the project through an appropriation from the Assembly because there isn’t enough extra money in the existing budget.

Hodge Growden said she felt the cost for APD would be minimal in comparison to the benefits of increased transparency and accountability.

“We can purchase so many different things, why is it that we have such a hard time getting the funding to purchase these body cameras that are so badly needed?” she said.

Studies show benefits, including decrease in use of force

Assembly Chairman Felix Rivera said recently that he has not seen a proposal from APD so far. Assemblywoman Meg Zaletel, who has been active in pushing for increased transparency and accountability of APD, likewise has not heard any update on body cameras since the June announcement.

In Alaska, 43 people have been killed by police in the last five-and-a-half years, according to a recent Daily News analysis.

Anchorage civil rights and defense attorney Rex Butler said a recent incident where he thinks body cameras would have been beneficial was the fatal shooting of 31-year-old Bishar Hassan, who was shot at by three APD officers on April 1, 2019, after police said he waved what looked like a handgun, but turned out to be a Daisy Powerline 340 BB Repeater Pistol.

Butler said had the officers been wearing body cameras, we would have a clear view of their perspective.

“To me, it’s not a matter of dollars and cents when you’re talking about a person’s life," he said.

The effectiveness of body cameras hinges on the policy each department writes for their use, Maim said. Policy dictates when cameras need to be turned on, and how officers who violate the policy are disciplined.

Malm said that ranges from almost no oversight to some departments that have a 99% compliance rate. The departments with high compliance rates tend to have random audits, checking officers’ interactions with the public against their body camera footage to see if the camera was turned on.

Overall, she said, there have been about 70 studies looking into the impact of body cameras. Most have shown that cameras lead to a decrease in use of force and citizen complaints against the police.

It’s unclear what kind of policy Anchorage police would implement if they began using body cameras, although Doll said it’s unlikely the department would require them to be on constantly without the ability to turn them off.

Doll said there are circumstances where it would be best not to record using body cameras, so that the footage would not be available for disclosure or become a matter of public record down the line. He said this could protect people in vulnerable situations. He also noted that officers need privacy for situations like going to the restroom.

Groups like the American Civil Liberties Union have raised concerns over body camera policies and also privacy protections. Footage collected by body cameras can be subject to public records laws, which could include sensitive footage of victims. In some states, the footage is exempt entirely from public record laws and departments have declined to release it.

Butler said having clear video of police interactions with the public would help in trials, both for the defense and prosecution.

But as a black man, he said it would also help him better understand the tension between police and the public.

“I want to understand why there are so many of these shootings,” he said.