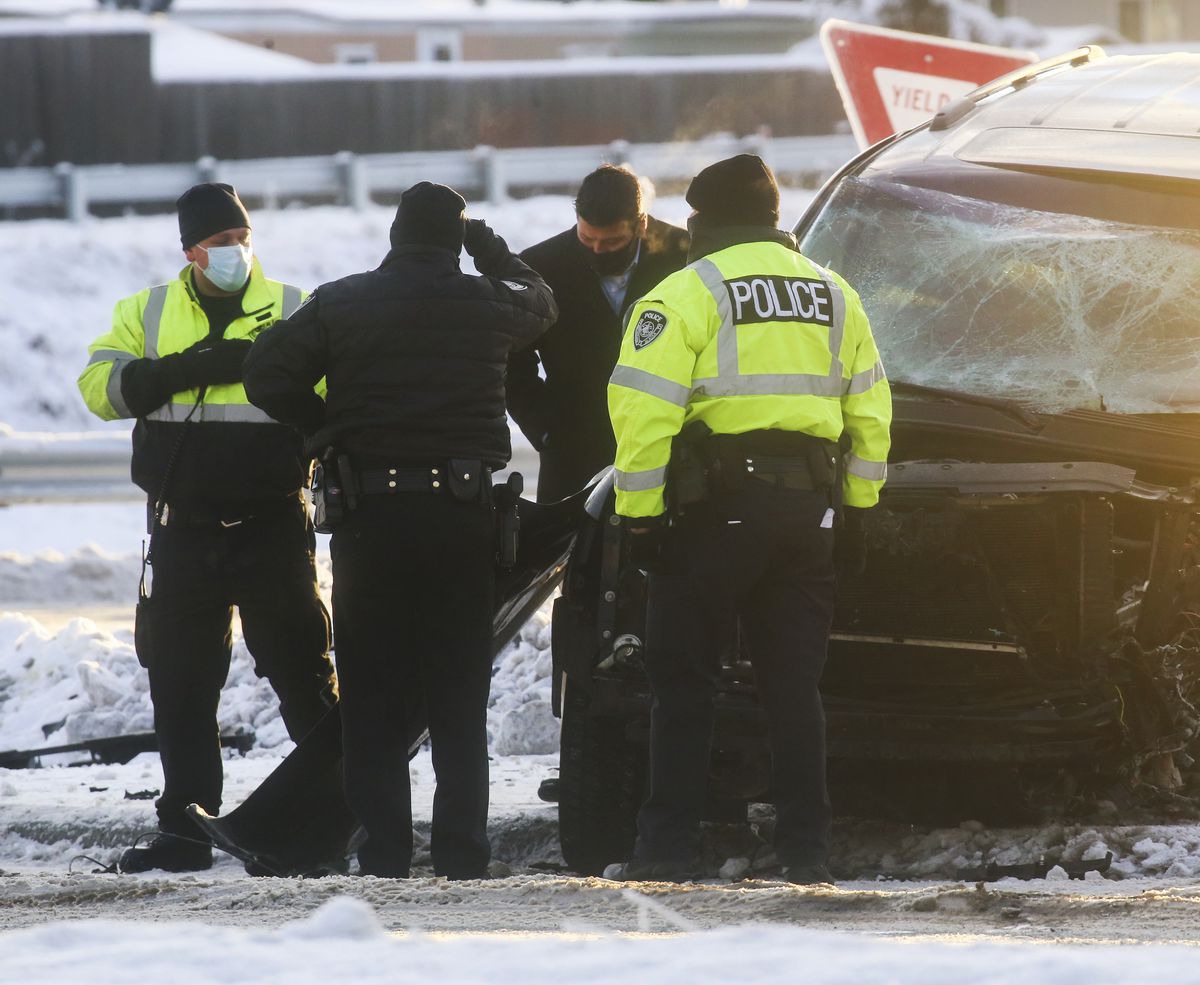 The intersections of Dimond and Arctic Boulevard and Dimond and Minnesota were closed as of 10:30 a.m. as an investigation continued, police wrote in an online statement.

Officers arriving at the scene around 8:30 a.m. found that a man driving a Chevrolet Tahoe was westbound on Dimond Boulevard when he crossed into the eastbound lanes. The SUV then struck a traffic pole.

Police said the man died at the scene. He was not immediately identified.