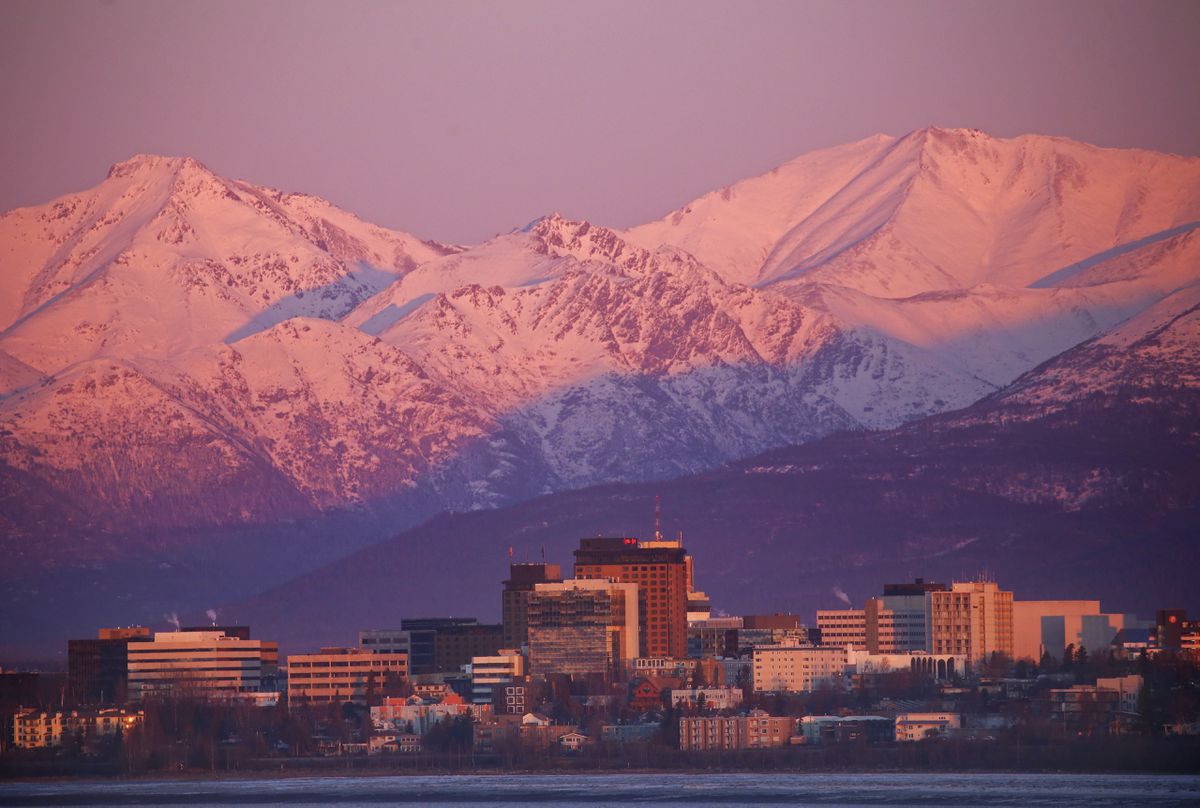 The sun sets on downtown Anchorage, casting pink and purple hues on the city and Chugach front range, on Nov. 3, 2020. (Emily Mesner / ADN)

The sun sets on downtown Anchorage, casting pink and purple hues on the city and Chugach front range, on Nov. 3, 2020. (Emily Mesner / ADN)

The Anchorage Assembly will consider a new economic relief package to help struggling businesses, as well as residents who cannot pay their rent or mortgage, after a request from Acting Mayor Austin Quinn-Davidson last week.

The $15.4 million package, funded by federal CARES Act money, was introduced at a special Assembly meeting Friday afternoon and will have a public hearing and be voted on next week.

The package is sponsored by every Assembly member and Quinn-Davidson, so it is likely to pass.

The resolution would also fund another $1 million to a voucher program to pay for things like groceries, medication, diapers and gasoline.

A program that pays local restaurants to provide meals to people in need will see another $600,000, also keeping the program running into next year.

The package is largely funded by $12 million in CARES Act funds set aside in case the state didn’t fund a local match for Federal Emergency Management Agency disaster funds. The state said it would fund the match, making the money available for economic relief.

The city’s $156 million in CARES Act funds is nearly dried up. This week, Gov. Mike Dunleavy ordered the disbursement of the final $20 million chunk in federal aid.

Quinn-Davidson called on the Assembly to pass this package last week as she announced new economic closures, shuttering bars and restaurants for in-house service and putting new capacity restrictions on retail businesses.

On Monday when Dunleavy announced the release of the final $20 million to the city, he did so in a news release that said it was for “Additional Financial Support for Anchorage’s Small Businesses.” The governor’s office later clarified it was not additional money beyond what the state had already allocated to Anchorage.

In the release, Dunleavy called on the city and Assembly to use the money for economic relief, as Quinn-Davidson had announced was her intention the previous week.