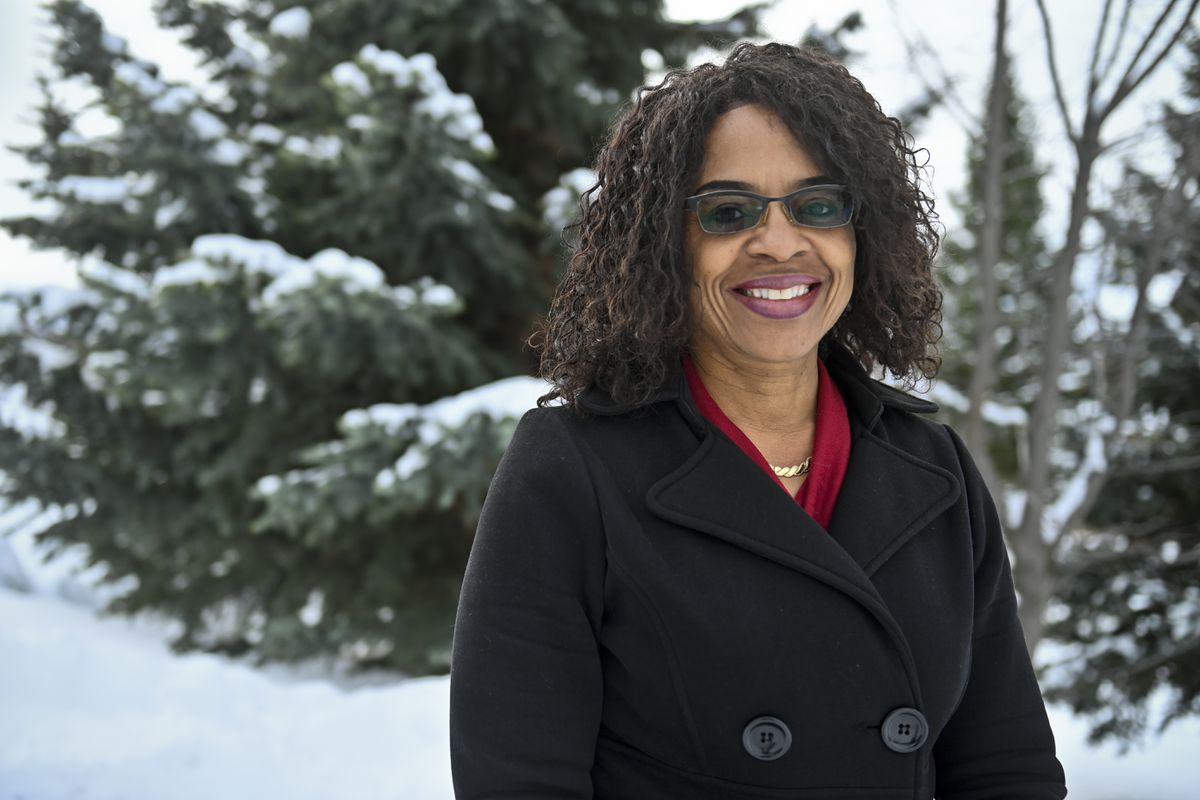 Celeste Hodge Growden is the president and CEO of the Alaska Black Caucus. (Marc Lester / ADN)

Celeste Hodge Growden is the president and CEO of the Alaska Black Caucus. (Marc Lester / ADN)

The first time the Alaska Black Caucus helped lead a community Q&A session focused on the new COVID-19 vaccines earlier this year, the group took a poll at the beginning to see how many participants were interested in getting the shot.

The majority said they were not.

“But afterwards, we asked everybody the question of whether or not they would get the vaccination, and a larger number of folks said they would,” said Celeste Hodge Growden, president of the Alaska Black Caucus. “And we believe it’s because they heard the message from someone that looks like them, that they trust.”

The talk was led in part by Dr. Jocasta G. Olp, a pharmacist in Anchorage, and streamed live via the Alaska Black Caucus’s social media feeds this year, soon after the COVID-19 vaccines became available in Alaska.

Olp said she has since helped run at least a half-dozen similar talks specifically by and for Black Alaskans, who have been disproportionately affected by the coronavirus — and have so far been vaccinated in the state and across the country at a lower rate than others.

According to data gathered by the state, by Friday, among vaccinations where race is known, just under 9% of Black Alaskans had been vaccinated, compared to 13% of white Alaskans, 16% of Asian Alaskans — and about 37% of the Alaska Native population. Only Native Hawaiians and Pacific Islanders in Alaska have been vaccinated at a similarly lower rate — just under 9%.

Alaska’s data is incomplete, however: On the state’s vaccine monitoring dashboard, race data for far over half of the recorded vaccinations in the state is labeled “unknown.”

“We really need complete data on race and ethnicity during ongoing vaccine distribution in order to achieve equitable access,” she said.

Matt Bobo, an immunization manager with the state, said during a recent call with the media that the vaccine task force is working on improving that data so they can have a more complete picture of who is getting vaccinated.

“We’re trying to use other data sources to fix those issues,” he said.

Gaps in vaccination status by race exist on a national level.

But the data informing that study is also incomplete: As of March 1, CDC data showed that race and ethnicity was known for just over half of people who had received at least one dose of the vaccine.

“I think we’re still not getting that information cleanly and in a digestible way to the communities that need it,” she said. “Because you do have a lot of Black people out there who want the vaccine, they just don’t know how to sign up and get it,” especially among the elderly and immigrant populations, she said.

Olp said the most commonly asked questions she receives concern the speed with which the vaccines have been rolled out, whether they are safe, how they are made and how they work in the body to prevent illness. She also gets asked questions about eligibility, effectiveness “and of course, about the side effects.”

Some vaccine hesitancy is understandable, Olp said, because it stems from a history of harm done by the U.S. medical community to people of color, who have long received substandard care due to generations of discrimination and lack of access.

“One of the key examples of this that I like to point out is the classic case is the Tuskegee (syphilis) experiment,” Olp said.

That study, secretly conducted by the U.S. Public Health Service in the 1930s, studied the progression of syphilis in hundreds of Black men for over 40 years without offering the participants a treatment or revealing the true purpose of the study to those being studied.

Olp said that while the legacy of mistrust sowed in part by that study is justified, she also hopes it won’t prevent people from signing up for the currently available COVID-19 vaccines, which she points out are safe and highly effective, and can help save lives — just like the cure for syphilis would have saved lives if it was actually made available to the men in the Tuskegee study.

“Because we have this history of distrust, I think we have slipped into this unfortunate situation where we are now our own suppressors through that distrust,” she said. “We’ve got almost a silver bullet here, with these vaccines. So this wait-and-see concept makes me worried when you have a chance to get something that is 95% effective.”

These kinds of conversations are happening on a national level, as well.

A coalition of Black health care workers recently launched “The Conversation: Between Us, About Us,” a comprehensive video series dedicated to addressing vaccine misinformation and commonly asked questions.

Hodge Growden, president of the Alaska Black Caucus, said she was initially hesitant about getting the COVID-19 vaccine when it first became available. But she said that after speaking with Olp and others, she changed her mind, and plans to sign up for a shot.

She said she thinks one of the keys to overcoming vaccine hesitancy is “hearing from doctors and medical professionals that look like the community they’re trying to serve,” she said.

“So if we had more Black doctors, more Black professionals in the medical arena, that could speak to us not only about the educational component piece which is major, but also to help deal with that trust issue.”

The mistrust does not just stem from historical wrongs, Hodge Growden added.

“We still have conversations today about the fear of going to the doctor, or waiting until it’s the past the point of treatment because we’re really nervous,” she said. “This fear is real. It’s not something that is made up.”

Hodge Growden said she was also concerned that when the state made the decision to prioritize the oldest Alaskans in the first eligible tiers, it may have effectively left communities of color behind.

“Unfortunately, people of color, we often don’t even get to that age because of all the other health disparities that we deal with,” she said. “So it makes the distribution even more inequitable.”

Hodge Growden also serves on a vaccine advisory committee in Anchorage that is currently working on making sure communities of color have equitable access to vaccine.

One of the ideas to come out of those meetings was a plan for a vaccine clinic at Shiloh Missionary Baptist Church in Anchorage.

“We talk about health care equity, and that’s what we really mean by that,” Olp said. “Making sure we meet people in their spaces, and that they get their fair shot at getting vaccinated.”

Shiloh’s Pastor, Undra Parker, said he received a call from Hodge Growden asking whether the church would be open to the clinic.

Parker said he was immediately on board with the idea of giving community members an opportunity to get vaccinated in a familiar place in the community where they live.

A vaccine clinic at Shiloh church has been scheduled for next week, beginning Monday, March 22, and a spokesperson with the municipality said the current plan is to begin offering appointments at that site daily except Sundays from 8 a.m. to 4 p.m., depending on vaccine availability.