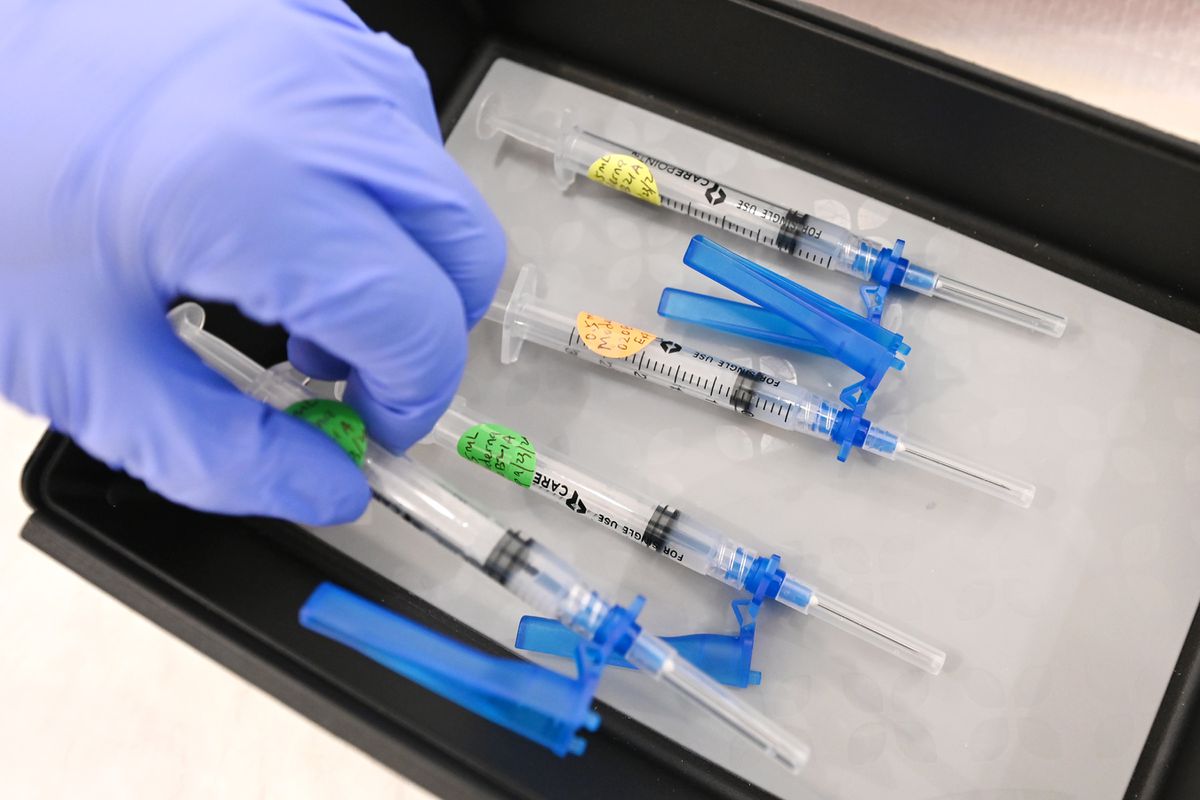 Anchorage health officials were asked this week to review practices at local vaccine clinics after a 16-year-old reportedly received a dose of Moderna’s COVID-19 vaccine, which hasn’t yet been approved for their age group.

Anyone 16 and older who lives or works in Alaska is now eligible to receive a dose of COVID-19 vaccine. However, only Pfizer’s vaccine has been approved by the Food and Drug Administration for use in 16- and 17-year-olds. The other two vaccines currently available in Alaska — by drug companies Moderna and Johnson & Johnson — have so far only been approved for use in adults.

Dr. Bruce Chandler, a medical officer with the Anchorage Health Department, said that while this was clearly an error on the part of the vaccine provider, the risk level for the teen who received the vaccine was likely low.

“All the vaccine providers are, we hope, aware that this vaccine is only approved for those 18 and up,” he said.

But the federal Centers for Disease Control and Prevention and FDA are aware that mistakes happen in real life, he said.

That’s why the CDC’s guidance for vaccine providers includes what to do if a 16- or 17-year-old inadvertently receives a dose of the Moderna or Johnson & Johnson vaccines.

Their guidance says that if anyone under 16 accidentally receives a dose of any of the three vaccines, they shouldn’t get a second dose. However, 16- and 17-year-olds “may” go ahead and receive their second dose, the agency recommends.

The March incident with the Anchorage 16-year-old occurred at a drive-thru vaccination site at the Dempsey-Anderson Ice Arena on Northern Lights Boulevard, which was distributing the Moderna vaccine.

The city was “aware of the incident, and has raised the issue with Visit Healthcare,” the company contracted to manage the city’s vaccine clinics, according to Heather Arrono, a spokeswoman with Anchorage’s Office of Emergency Management.

The incident prompted a site visit and safety review, Arrono said in a Tuesday email.

“To our knowledge, this is the only incident where someone under the age of 18 has received a Moderna shot at one of our clinics,” Arrono added.

A spokesperson with Visit Healthcare, the New York-based company that has been contracted by the municipality to run its COVID-19 vaccine clinics, said Tuesday that the incident had led to a few changes in their process.

The company now notes on their scheduling website and in appointment confirmation emails that Moderna’s vaccine is only for those 18 years of age or older.

“We have reiterated with our team to double-check the dates of birth noted in our data portal at both check-in as well as double-checking the date of birth prior to vaccine administration with one of our healthcare professionals,” a statement from the company said.

The reason that only Pfizer’s vaccine has been approved for use in 16- and 17-year-olds is that the company included young adults in its initial clinical trials.

Moderna recently began two separate studies that will test its vaccine in children under 12, as well as those 12 to 17. The company has said it could have results for the older age group by summer.

“We’re not aware of any adverse effects so far from those studies,” Chandler added.