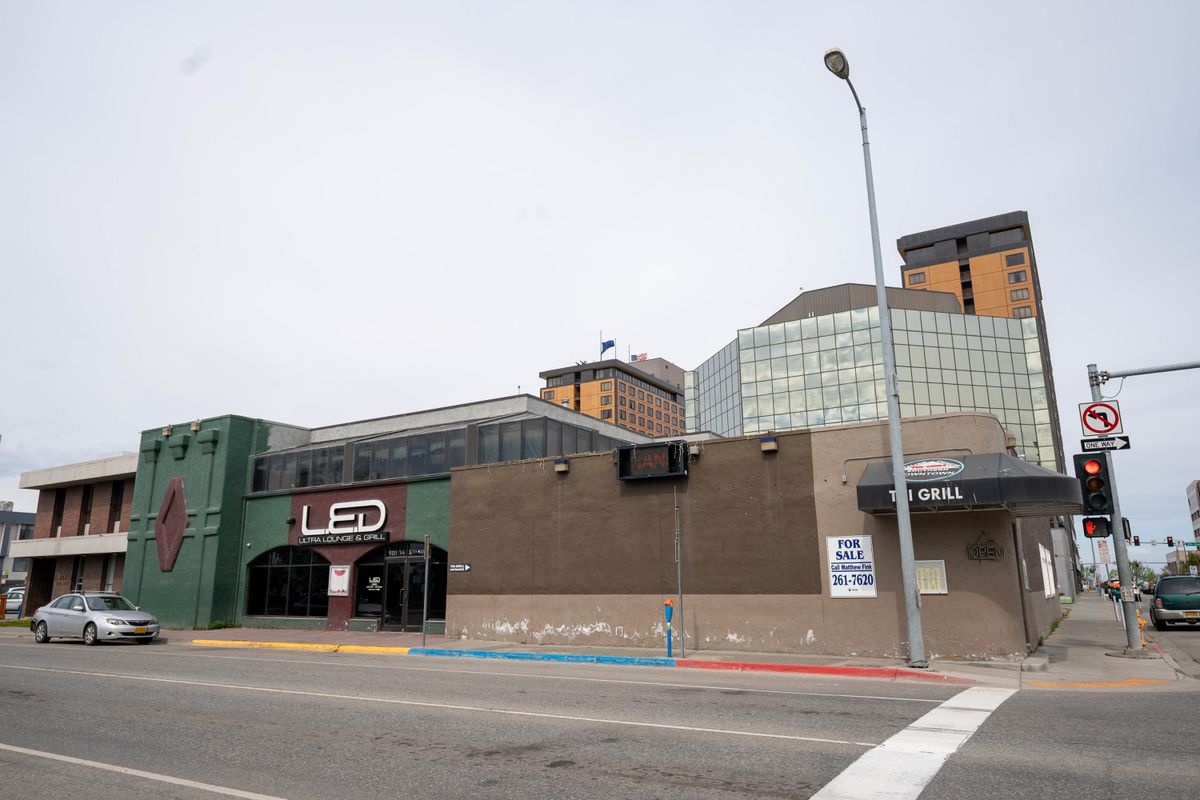 Lisa Sauder, CEO of Bean’s Cafe, said the space would serve as the organization’s temporary food production facility — not as a soup kitchen or a place where homeless services are provided.

“The intent is not at all to have any type of client services there; it is strictly for a transitional food production facility and then as an investment property,” she said.

The longtime Anchorage soup kitchen and homeless provider has entered a contract to purchase the 15,900-square-foot building at 901 W. 6th Ave., according to Sauder. The lounge is owned by Robert Alexander. The property is owned by Trina Johnson.

Sauder declined to disclose, at this point in the sale, how much Bean’s Cafe would pay for the property. The building is listed online for $1.2 million.

The deal is in preliminary stages. “Nothing’s a done deal until it’s closed,” Sauder said.

Bean’s Cafe would use the kitchen for about a year while it renovates a Ship Creek property it owns to become its food production facility.

Bean’s Cafe is in the process of selling its property on Third Avenue to Weidner Apartment Homes and the Rasmuson Foundation, to become a “resource hub” to serve homeless people.

It’s where Bean’s currently does a large part of its food production, and that means that Bean’s needs a new commercial kitchen soon, Sauder said. The nonprofit currently produces about 3,000 meals a day, many of which it delivers to the Sullivan Arena mass shelter.

“We needed a pretty significant commercial kitchen,” she said.

Sauder said that Bean’s scoured the city for the right place.

“We just want to reassure people we’re there to use the kitchen temporarily, for probably a year — maybe a little over a year — and then to use it as an investment property, and hopefully bring a really great asset to downtown,” Sauder said.

Neighbors near the 6th Avenue property had expressed some concerns about possible impacts the facility might have on nearby businesses, Sauder said.

The homeless services previously concentrated on Third Avenue near the Brother Francis Shelter and Bean’s previous soup kitchen had a high impact on the surrounding properties and neighborhood.

That experience has left the public leery of new homeless-related services in their neighborhoods, said Assembly member Chris Constant, who represents downtown.

Further controversy over where to place homeless services in the city erupted last summer when the city considered purchasing buildings for homeless and treatment services.

“The operations that have been centered down on Third Avenue have been a disaster,” he said. “... The public is not unreasonable to have concerns.”

Amanda Moser, executive director of the Anchorage Downtown Partnership, said she heard concerns from property owners in the area and so worked with Constant to call a meeting on Thursday with Sauder.

“As folks understood what the intent was for the property and what the use was going to be, you could see that there was a shift in their engagement and the understanding of the project,” Moser said.

Constant said he now supports the project, after hearing “strong support” at the meeting from business owners and merchants near the property.

Early in the pandemic, Bean’s Cafe transitioned to using a “meals on demand” model, which delivers meals directly to clients and gives them a choice about what they want to eat, she said.

“There’s no more standing in line for 30, 40, 45 minutes to get a meal. We did that for a number of reasons. Part of it was COVID related. And part of it was just part of our philosophy of how you treat people. And to help stabilize people,” Sauder said.

If purchased, the downtown building could be divided into three separate spaces, and the main space could eventually become a library branch, Sauder said.

For years, the library has been searching for a way to create a downtown branch, according to an emailed statement from the city. Although it received a bequest of $7 million in 2017 for that purpose, to date there hasn’t been quite enough funding to make up the costs.

When the library learned that Bean’s Cafe is considering buying a downtown building, it inquired about the possible space, according to the city’s statement. It is a way to “bridge the financial gap that has stood in the way of establishing a downtown branch” and could potentially help in revitalizing the neighborhood.

Putting a library branch at that location would be a positive development for downtown, Constant said.

It is also a private real estate deal, meaning that the neighbors and the city have little say over what happens with the property, he said.

“The organization is excited to invest in downtown, and we see great things coming for downtown,” she said.