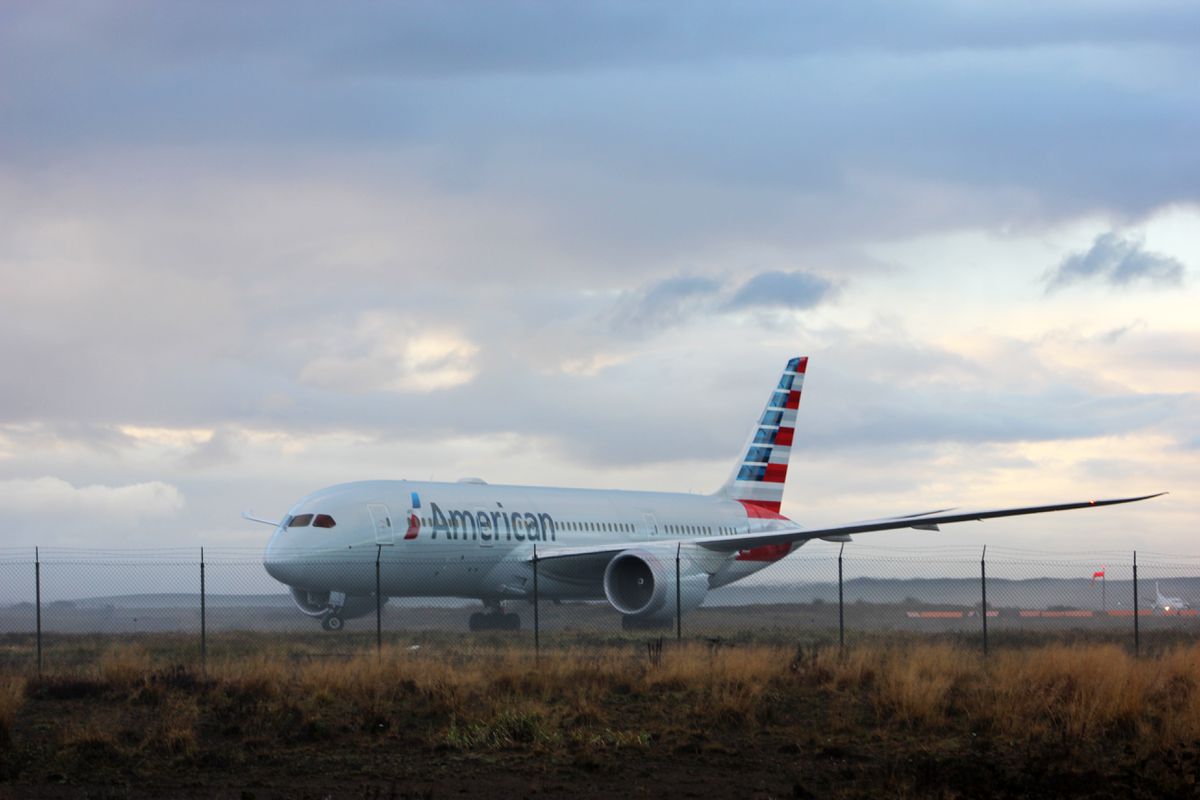 An American Airlines jet carrying more than 100 people made an emergency landing in the Southwest Alaska community of Cold Bay Wednesday morning, with Alaska Airlines stepping in to fly the passengers to Anchorage in the evening.

Federal Aviation Administration spokesperson Ian Gregor said that American Airlines flight 288, traveling from Shanghai to Chicago, made the diversion to Cold Bay "due to an engine issue."

American Airlines spokesperson Ross Feinstein said in an email that the 787 diverted to Cold Bay after "an indicator light in the cockpit reported a possible mechanical issue." He said a maintenance team would have to examine the aircraft before a more precise determination could be made on what led to the diversion.

Feinstein said later Wednesday afternoon that an Alaska Airlines plane would fly all of the passengers to Anchorage in the evening. Once in Anchorage, the airline will provide hotel rooms for the night, he said. The plane departed shortly before 8 p.m. All bags were also transferred, he said.

A replacement aircraft will take passengers to Chicago on Thursday morning, Feinstein said.

As the plane prepared to land, the community of Cold Bay made preparations of its own.

"The landing was perfect and the fire crew was standing by here to respond if needed," Schaak said.

There were no reports of injuries, but Schaak said the local clinic was opened as a precaution. Residents of the Alaska Peninsula community also prepared to house the jet's passengers and crew in the event of an overnight stay.

"It was kind of all hands on deck," Schaak said.

The passengers stayed in or around the plane during their unexpected layover in Cold Bay, Schaak said Wednesday afternoon. They stretched their legs in a secure area on the runway but hadn't gone into the village, she said.

The lack of an agency capable of conducting security screenings meant the best course of action was to stay put, the mayor said.

Schaak said she was able to board the plane and meet its crew as the plane sat on the tarmac.

"It seemed like everyone was cozy and taken care of," she said. "Their accommodations were incredible. People were making the most of the situation."

At more than 10,000 feet, the runway in Cold Bay – originally constructed during the Aleutians campaign against the Japanese in World War II – is one of the longest in Alaska.

In 2013, a Delta Air Lines flight from Tokyo to San Francisco had to divert to Cold Bay after an indicator light suggested trouble with one of the plane's two engines. The 178 passengers and crew landed at 6 a.m. and spent the day with Cold Bay residents before leaving on a replacement aircraft later that day.