PenAir in bankruptcy court for Chapter 11 reorganization, but it says Alaska operations will continue 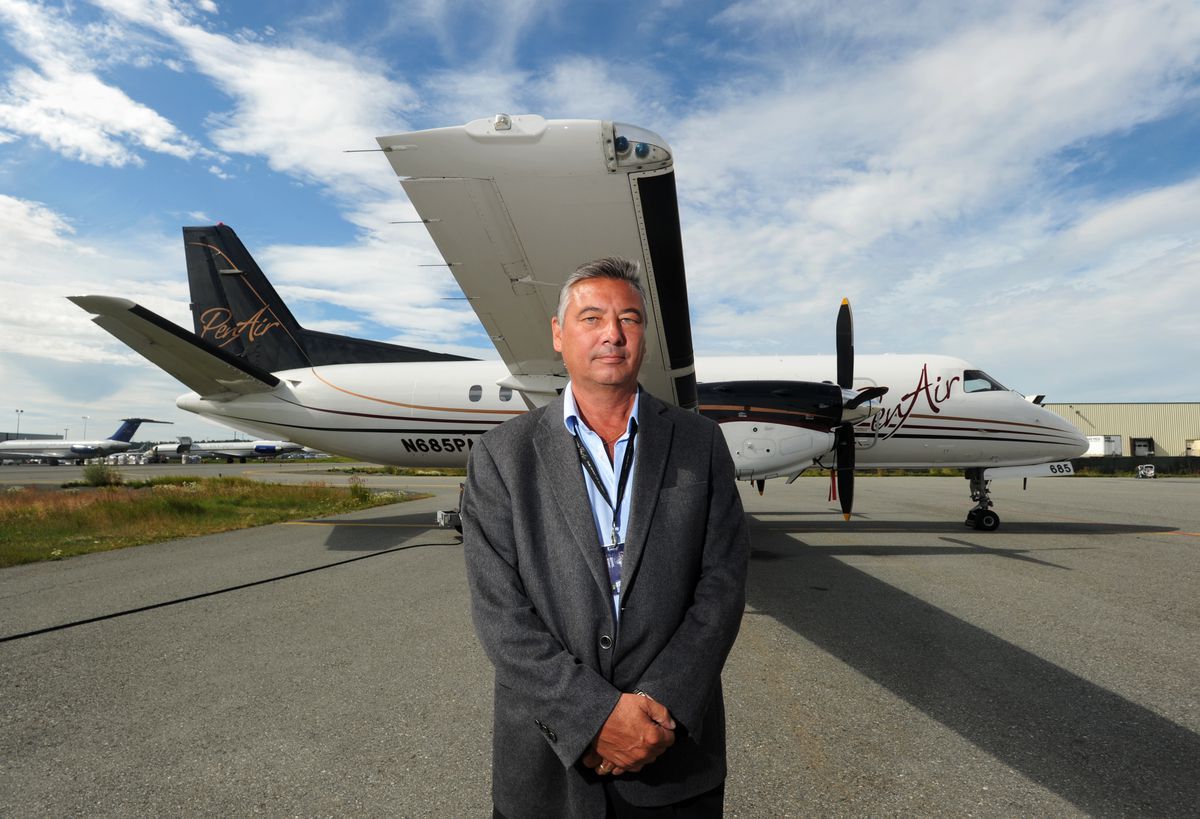 Danny Seybert is CEO of PenAir, which is seeking to reorganize. (Erik Hill / Alaska Dispatch News)

Danny Seybert is CEO of PenAir, which is seeking to reorganize. (Erik Hill / Alaska Dispatch News)

PenAir, one of Alaska's largest regional air carriers with hubs here and in three other states, has filed for protection under Chapter 11 of the federal bankruptcy code.

In a statement Monday, the company said the bankruptcy proceedings will not affect scheduled flights in Alaska or Boston. The company's hubs in Portland, Oregon, and Denver would begin the process of closing over the next 90 days.

Chapter 11 gives the company temporary protection from creditors, allowing it to reorganize its finances and restructure its operations. The company filed its petition in U.S. Bankruptcy Court in Anchorage on Sunday.

PenAir last week announced the termination of Portland-area regional routes as part of a cost-cutting measure. All but the federally subsidized Essential Air Service route between Portland and Crescent City, California, will be shut down by the end of business Monday.

PenAir chief executive Danny Seybert said the bankruptcy proceedings had been in the works for a while and it was something he was "quite excited about."

"It gives us a chance to reorganize and do some things with the company that we wouldn't be able to do unless we were under the protection of reorganization," Seybert said in an interview outside PenAir Anchorage headquarters Monday. "We're going to come out of this a stronger, healthier company."

Seybert declined to say what led the company to file its Chapter 11 petition, only that it was "not any one single thing; it was a series of things that happened."

He said that both the Portland and Denver hubs had "not done as well" as flight services in Alaska and Boston. Exactly why was unclear Monday.

"We're still analyzing that," he said.

The documents show PenAir reporting a $6 million net loss for the 12 months that ended in March.

Among the unsecured creditors: The state of Alaska is owed more than $1.4 million by PenAir, court documents show.

The money owed to the state is listed on court documents showing the 20 largest unsecured claims. Unsecured claims lack property as collateral that can be used to help recover a potential loss.

PenAir owes the state $1.3 million in landing fees, second only to the $1.4 million it owes SAAB Defense and Security USA, the company's parts supplier, records show.

On top of the landing fees owed to Alaska, PenAir also owes $138,000 to Alaska's revenue department for "taxes."

The state is the only entity in Alaska listed among the top 20 unsecured claims.

PenAir also has many other creditors, according to a 32-page document listing the companies, agencies and individuals owed money. The amount that PenAir owes each is not stated on that document. Many of those companies are from Alaska as well as from outside the state.

PenAir had liabilities and equity of $28 million as of March 31, the records show.

Seybert took over the company from his father, Orin, who started PenAir primarily as an regional air taxi in 1955. The company has shifted away from air taxi services and emerged as one of Alaska's largest regional airlines, serving eight communities including Dutch Harbor, Cold Bay, Sand Point, King Salmon, Dillingham, St. Paul, St. George and McGrath.

Starting in 2012, the company began expanding outside Alaska by offering three commercial flights to small airports in the Northeast out of Boston's Logan International Airport. In 2015, it expanded to a handful of routes based out of Portland and then Denver the next year, operating six regional flights in the Midwest.

All the Denver-based flights and one in Portland are subsidized by the U.S. Transportation Department's Essential Air Service program, a federal subsidy that ensure air routes remain in operation.

Seybert said they moved into the Lower 48 markets after investing in five Saab 2000 turboprops to serve Alaska. That left the company with 15 smaller Saab 340 turboprops, eight of which were sent to Portland and Denver.

PenAir employs more than 700 people, according to Missy Roberts, PenAir vice president of marketing and sales. She said the company employed 60 people in the Portland area and over 70 in Denver. Roberts said PenAir is working to relocate some of those employees within the company and assist others in finding jobs with other air carriers.

Nothing will change for the Alaska and Boston operations, Seybert said. He said that despite the recession, PenAir's Alaska operations have remained strong due to a "healthy" seafood industry, one of the company's major Alaska customers.

Seybert said reorganization of the company will continue through next year.