Floatplane with 5 aboard flips in Ketchikan harbor 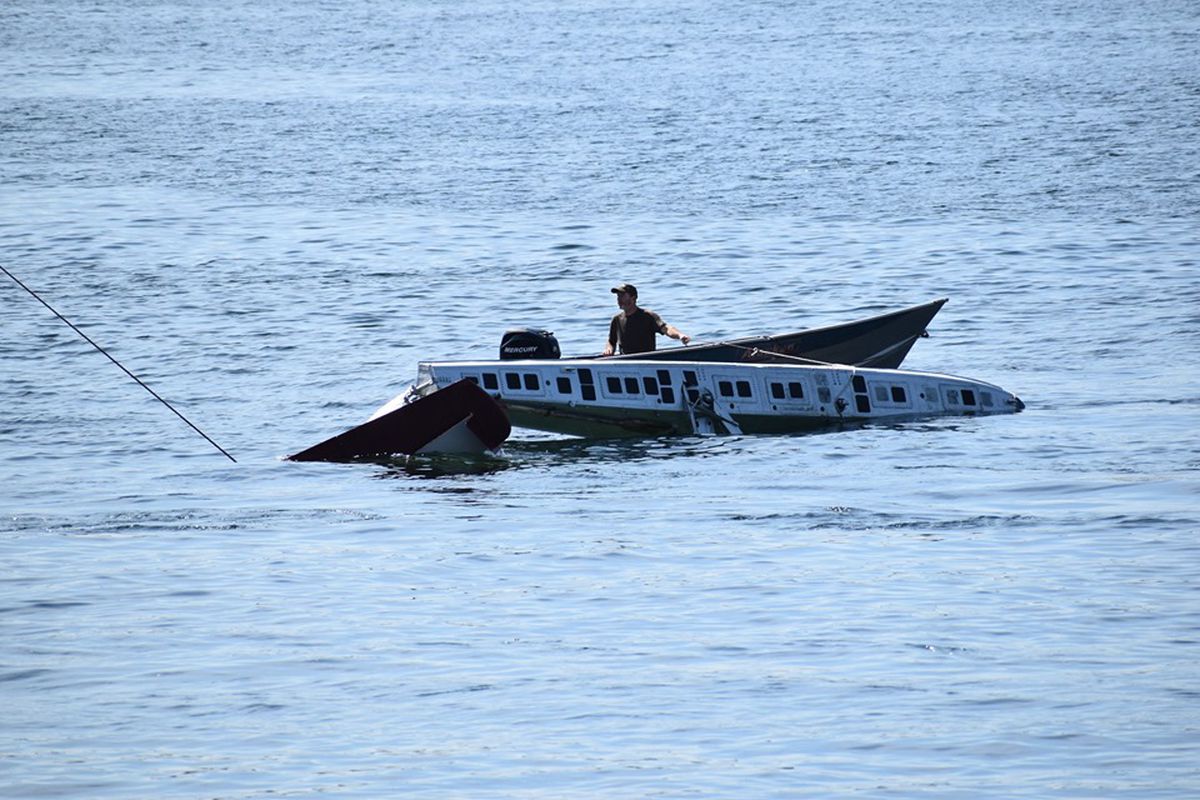 A floatplane overturned Thursday morning, June 27, 2019, in the Tongass Narrows near the Westflight Building in Ketchikan. One person was taken to the hospital with what appeared to be minor injuries. (Photo by Tim White)

A floatplane overturned Thursday morning, June 27, 2019, in the Tongass Narrows near the Westflight Building in Ketchikan. One person was taken to the hospital with what appeared to be minor injuries. (Photo by Tim White)

A floatplane flipped on landing Thursday morning in Ketchikan, injuring one person aboard, as the Southeast Alaska community is recovering from two fatal air-service crashes last month.

The Beaver ended up upside-down, according to Kacie Paxton, Ketchikan Gateway Borough clerk.

The pilot and four passengers were rescued by good Samaritan vessels and taken to shore, Littlejohn said.

One person was treated at the emergency department at PeaceHealth Ketchikan Medical Center and was in good condition Thursday morning, the hospital said. They were released Thursday afternoon.

The wrecked plane was tied off to a barge and will be towed to a Pacific Airways facility later in the day, Littlejohn said.

The air carrier did not immediately respond to a phone call Thursday.

Littlejohn said the plane was carrying about 25 gallons of fuel but there were no indications it had leaked into the water.

The crash is the third this season in the Ketchikan area, which swells with more than 1 million cruise-ship passengers every summer.

Eight people died in the two other crashes. A Taquan Air pilot and a passenger died when a floatplane flipped on landing in nearby Metlakatla on May 20. Six people, all from the same cruise ship, died in a midair collision a week earlier involving a Taquan floatplane and one operated by Mountain Air.