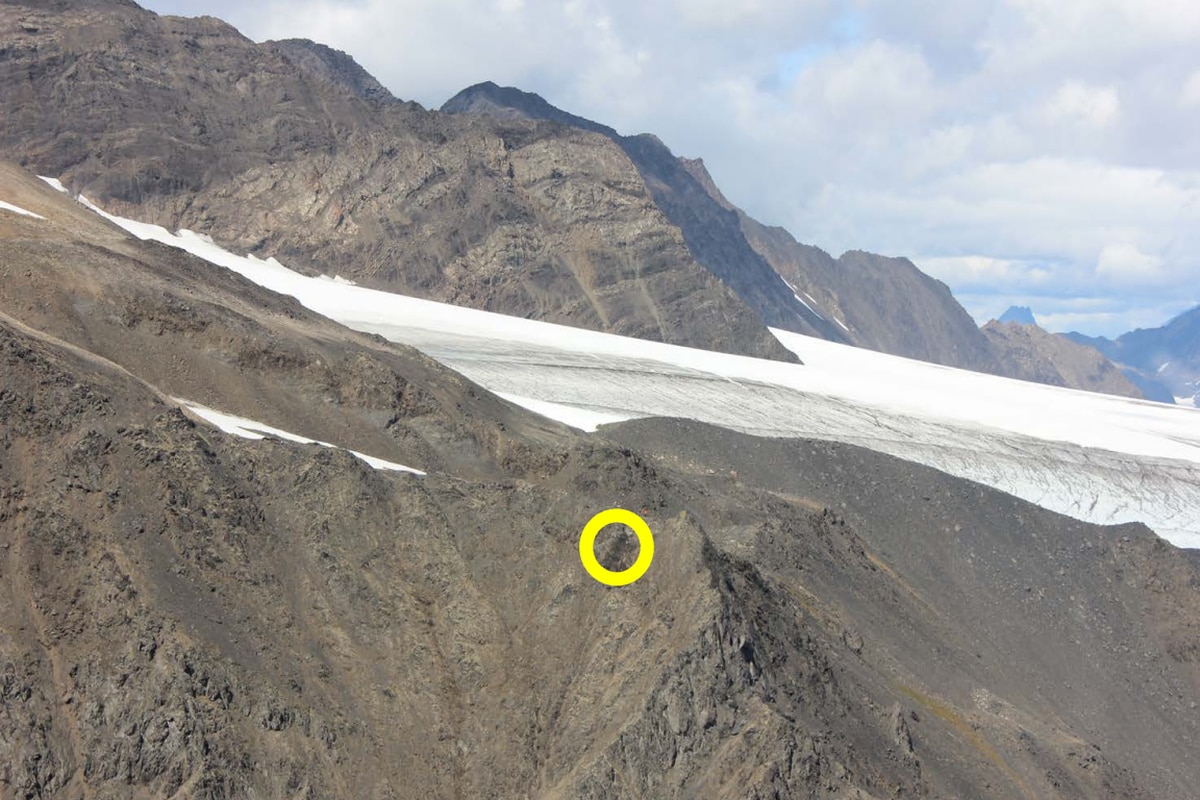 The apparent pilot of a small plane that crashed above Girdwood in August, killing all four people aboard, had alcohol in his bloodstream at about six times the allowable level for civilian pilots, a new report says.

The man believed to be the pilot, 31-year-old Charles Weimer, died in the Aug. 4 crash, as did 55-year-old Karl Erickson, the plane’s registered owner, and 60-year-old David Osborn. They were all Girdwood residents. Also killed in the crash was 37-year-old Paul Wiley of Arizona.

The Piper PA-22-150 left Girdwood at about 4:15 p.m. that Sunday and crashed about 15 minutes later in steep, rocky terrain at about 5,000 feet on Goat Mountain near Eagle Glacier. A group of elite skiers in training on the glacier saw it go down and then the smoke when it burst into flames.

Erickson was a student pilot but before the flight told a friend that Weimer, an airline transport pilot, would be flying the plane, according to a report released Thursday by the National Transportation Safety Board. He planned to take their passengers on a 15- or 20-minute sightseeing flight into the Chugach Mountains out of Girdwood.

Erickson “indicated that he and the pilot had been drinking alcoholic beverages,” investigator Brice Banning wrote in the report, which summarizes the facts gathered but not a probable cause for the crash.

The friend told investigators that he got a text the day of the crash that Weimer and Erickson were drinking.

“The two friends had an argument the day before, and it was a tradition to drink after reconciling their differences,” the man said in a witness statement included with the report. “He said the pilot was a heavy drinker when not working.”

Toxicology results included in the report show that Weimer’s blood tested positive for ethanol -- the intoxicating component of alcoholic beverages -- at levels about six times the federal limit for civil pilots.

Weimer’s ethanol levels measured at 0.238 grams per deciliter and above, according to the toxicology findings. The report says that at levels above 0.15, “individuals may have significant loss of muscle control and major loss of balance. In addition to worsening motor coordination and disorientation, at concentrations above 0.20 gm/dl, individuals may experience amnesia or blackouts and double vision.”

Erickson’s ethanol levels were just above the 0.040 grams per deciliter, the level at which federal regulations prohibit someone from acting as a crew member of a civil aircraft, the report says.

Investigators also found that the plane’s gross weight at the time of the accident was about 50 pounds over the approved maximum takeoff gross weight of 2,000 pounds, according to the report.

The closest official weather observation station, about 22 miles away at Portage Glacier, showed wind at 7 knots, gusting to 15; 10 miles visibility; and overcast clouds at 6,000 feet.

Numerous people saw the plane flying parallel to a mountain ridge before it entered a turn to the north and began a descent, investigators say. It disappeared from view, and then they saw a plume of black smoke. No one heard any unusual sounds from the plane before the crash.

One person saw the airplane performing “aggressive maneuvers earlier in the flight, and observed the airplane approach a mountain ridge, its nose pitched up,” Banning wrote. The plane then entered a steep climb before disappearing from view.

At least two witnesses saw the plane begin a descent before the crash, the report says, including one who “stated that the airplane didn’t appear to have enough altitude to clear the ridge and made no attempt to initiate a climb.”

The wreckage, largely consumed by a fire, was about 15 feet below the top of a rock-faced ridge.

The State Medical Examiner found the cause of Weimer’s death was the injuries from the crash, but also that ethanol intoxication “may be viewed as a factor contributing to death.”

Weimer held numerous pilot ratings, investigators learned. He held an airline transport pilot certificate with a rotorcraft-helicopter rating; commercial pilot privileges for airplane single- and multi-engine land and instrument airplane; and a flight instructor certificate with airplane single-engine, airplane multi-engine, rotorcraft-helicopter, instrument airplane, and instrument helicopter ratings, according to the report. He reported 2,700 hours total flight experience, of which 40 were in the past six months.

Weimer, who has family in Montana, had spent the last six years in Alaska flying, according to his obituary. Before getting an aviation degree, he joined the U.S Marines Corps and was medically discharged after three years.

Erickson, along with working as a health and safety officer, served with fire departments in Girdwood and Whittier.

Osborn retired from the Alaska National Guard as a colonel.

Wiley was spending a few months in Alaska and lived in Superior, Arizona. Wiley’s adopted grandfather was a close friend of Erickson, who owned property in Superior and spent part of the year there.