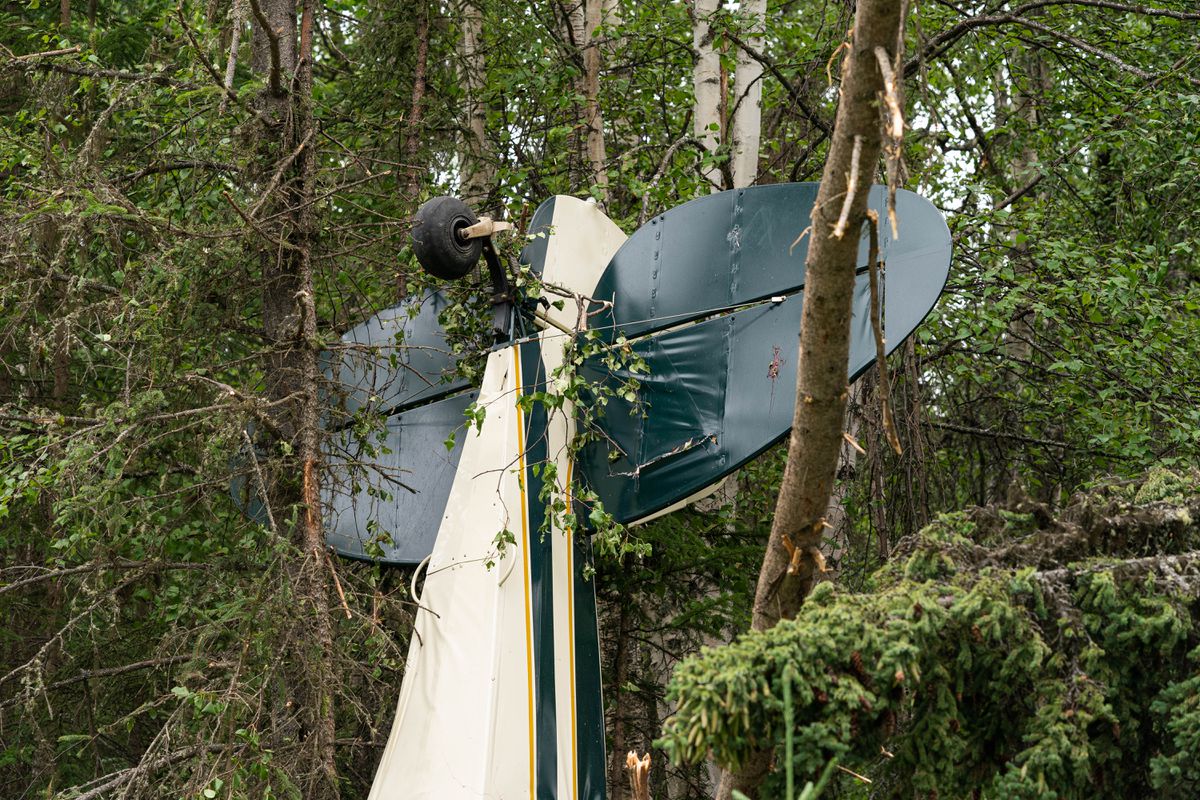 A new report says an Alaska lawmaker piloting a plane involved in a deadly midair collision on the Kenai Peninsula had an invalid medical certificate and an invalid plane registration number.

Seven people died in the crash July 31 near Soldotna’s airport.

Rep. Gary Knopp, a 63-year-old Kenai resident who served in the Alaska Legislature, was piloting a Piper PA-12 he owned.

One person in the second plane reportedly survived the collision but died on the way to the hospital, authorities said at the time.

Now investigators say Knopp was flying despite the 2012 denial of a required medical certification due to vision problems, according to a preliminary report released by the National Transportation Safety Board.

The agency has not determined a probable cause for the collision. That finding is more than a year off.

Knopp’s family, contacted earlier this month through a legislative staffer, did not respond to a question asking whether the information about his medical certification was accurate. His wife did not answer a call on Tuesday.

The NTSB examination of the crash is considered a “major” investigation and will weigh factors including visibility from both planes and any issues with Knopp’s vision, according to Clint Johnson, the agency’s Alaska chief.

“We want to see if they had the ability to see and avoid each other,” Johnson said.

The float-equipped High Adventure Beaver left the company’s base at Longmere Lake in Soldotna at about 8:24 a.m. for a fishing trip at a remote lake on the west side of Cook Inlet, according to the report. Knopp left Soldotna Airport at 8:24 a.m., headed for Fairbanks. The weather at the time was described as calm with high overcast.

The Beaver was flying northwest at about 1,175 feet and gradually climbing as it crossed above the Sterling Highway, according to NTSB investigator Brice Banning. Knopp’s Piper was traveling northeast at about the same altitude, north of and parallel to the highway.

The planes collided about 2 1/2 miles northeast of the airport. A witness told investigators he saw Knopp’s Piper hit the Beaver’s left side, toward the back of the plane, causing the left wing to separate.

The damaged aircraft “entered an uncontrolled, descending counterclockwise spiral before disappearing from view,” Banning wrote. The witness lost sight of the Piper.

The report also addresses a subject of confusion immediately following the crash, when the Federal Aviation Administration incorrectly described Knopp’s plane as a twin-engine Piper Aztec despite witness accounts to the contrary.

A registration card inside Knopp’s plane correctly described it as a Piper PA-12 with the corresponding registered “N” number, according to the report. But the plane’s tail carried a different “N” number that corresponded to a number Knopp had reserved for an Aztec that was “deregistered” and not valid.

The word “EXPERIMENTAL” was also applied to the inside of the lower clamshell door, the report states.

Banning found Knopp was denied medical certification by an FAA Alaska region flight surgeon in June 2012, according to information on file with the agency’s Civil Aeromedical Institute. The denial was appealed and sustained in July 2012. The report doesn’t specify what vision problems Knopp suffered.

Without that certification, Knopp was not legal to fly.

According to FAA records, Knopp was a flight instructor who renewed his license earlier this year and also held a commercial pilot’s license. The FAA registry does not show a medical certificate indicating he had passed a physical exam necessary for flight. Bell’s entry does show such a certificate.

An FAA spokesman confirmed Knopp did not have a current medical certificate and said certified flight instructors needed one to fly.

Knopp was elected to the Alaska Legislature in 2016 after serving on the Kenai Borough Assembly. He was a candidate in this year’s Republican primary for House District 30.

Bell was part of a local family that owned the Soldotna-based charter company. Rogers spent summers in Alaska working as a guide. He was the father of three children. Caleb and Heather Hulsey were married in 2019, according to an online memorial. Wright was Mackay Hulsey’s girlfriend of 10 years. The two Hulseys were brothers. They all lived in the Spartanburg area.

High Adventure Air on Tuesday declined to comment on the NTSB report.

The company stopped flying for several days after the collision and returned to active flight status on Aug. 4.

“Thank you to all for giving us a couple of days to regain our composure,” the Bell family wrote on the company website. “The sadness of the loss of Greg and David is immeasurable. To the others involved, words can not relay our condolences. To the residents of Longmere Lake, the community, family, friends and over 35 years of guests; your words, hugs, condolences and prayers have been wonderfully overwhelming. Thank you so much.”