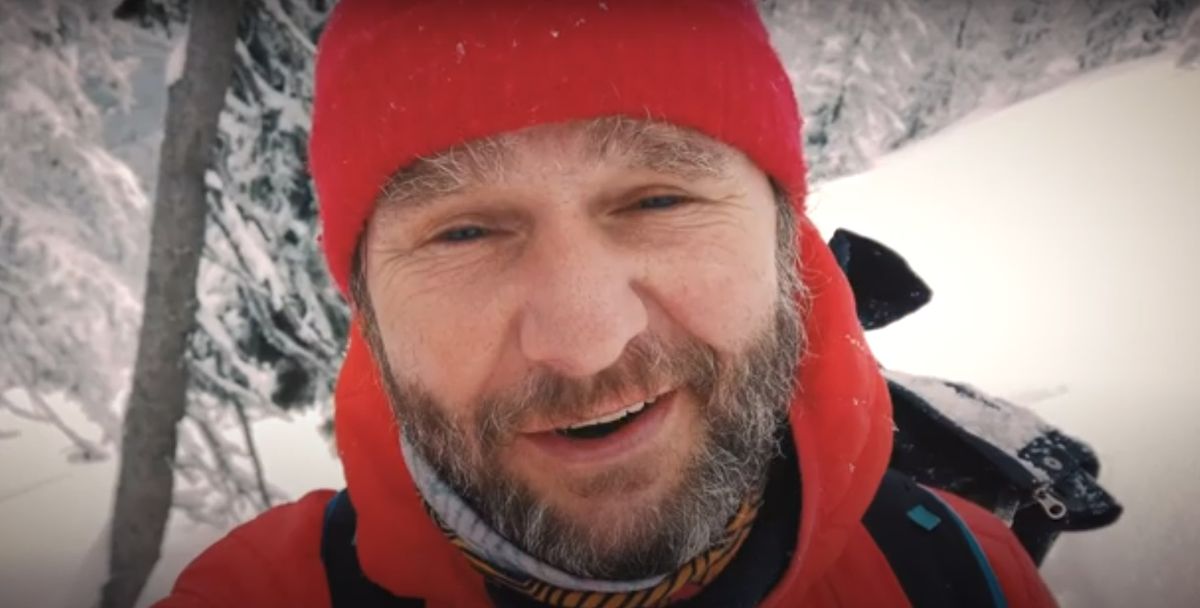 A screenshot of David Horvath from a video from his YouTube channel dated Feb. 10, 2021. Horvath survived a helicopter crash March 27, 2021 that killed five. (YouTube Screenshot)

A screenshot of David Horvath from a video from his YouTube channel dated Feb. 10, 2021. Horvath survived a helicopter crash March 27, 2021 that killed five. (YouTube Screenshot)

The lone survivor of the helicopter crash in the Chugach Mountains on Saturday that killed five people is improving medically after four days hospitalized in Anchorage in serious condition.

The 48-year-old survived the crash of the Airbus AS350B3 about 21 miles southeast of Palmer that killed the Soloy Helicopters pilot, two highly respected guides and two Europeans, including a billionaire considered one of the wealthiest men in Europe.

The helicopter crashed at about 5,500 feet and then rolled 800 or 900 feet downhill, say federal investigators just starting to examine what happened. The men were on a half-day heli-ski trip in the backcountry above Knik Glacier.

Killed were 33-year-old pilot Zachary Russell, of Anchorage; guides Greg Harms, 52, of Colorado, and Sean McManamy, 38, of Girdwood; and Benjamin Larochaix, 50, and Petr Kellner, 56, both of the Czech Republic, according to Alaska State Troopers. French media have identified Larochaix as being from France.

Horváth’s improved medical condition is giving federal investigators hope they can talk with him about what happened, including whether any alarms sounded before the crash.

As of Thursday afternoon, the interview request hadn’t been accepted yet, according to Clint Johnson, the National Transportation Safety Board’s Alaska chief.

“It’s vital at this point right now,” Johnson said of the survivor interview. “We’re hoping to get the wreckage off this weekend at the latest. But (first-person information) gives us a little bit of a roadmap to start with.”

Another helicopter operator is expected to hoist the Soloy wreckage out of the mountains by the end of the weekend if not sooner, he said.

A half-dozen NTSB investigators are due to arrive in Alaska next week as part of what’s considered a “major” investigation.

Soloy reported the helicopter missing around 8:30 p.m. Saturday. The wreckage was spotted by another operator around 9:30 p.m.

The Europeans were regular clients of Tordrillo Mountain Lodge, located about 60 miles northwest of Anchorage across Cook Inlet. The lodge contracts with Soloy for helicopter services.

The heli-ski trip was booked by Third Edge Heli, Harms’ company, in coordination with Tordrillo Mountain Lodge, according to a lodge spokesperson, Mary Ann Pruitt.

The guests were staying in Wasilla at the request of Third Edge Heli and had not yet made it to the lodge when the helicopter picked them up Saturday, Pruitt said.