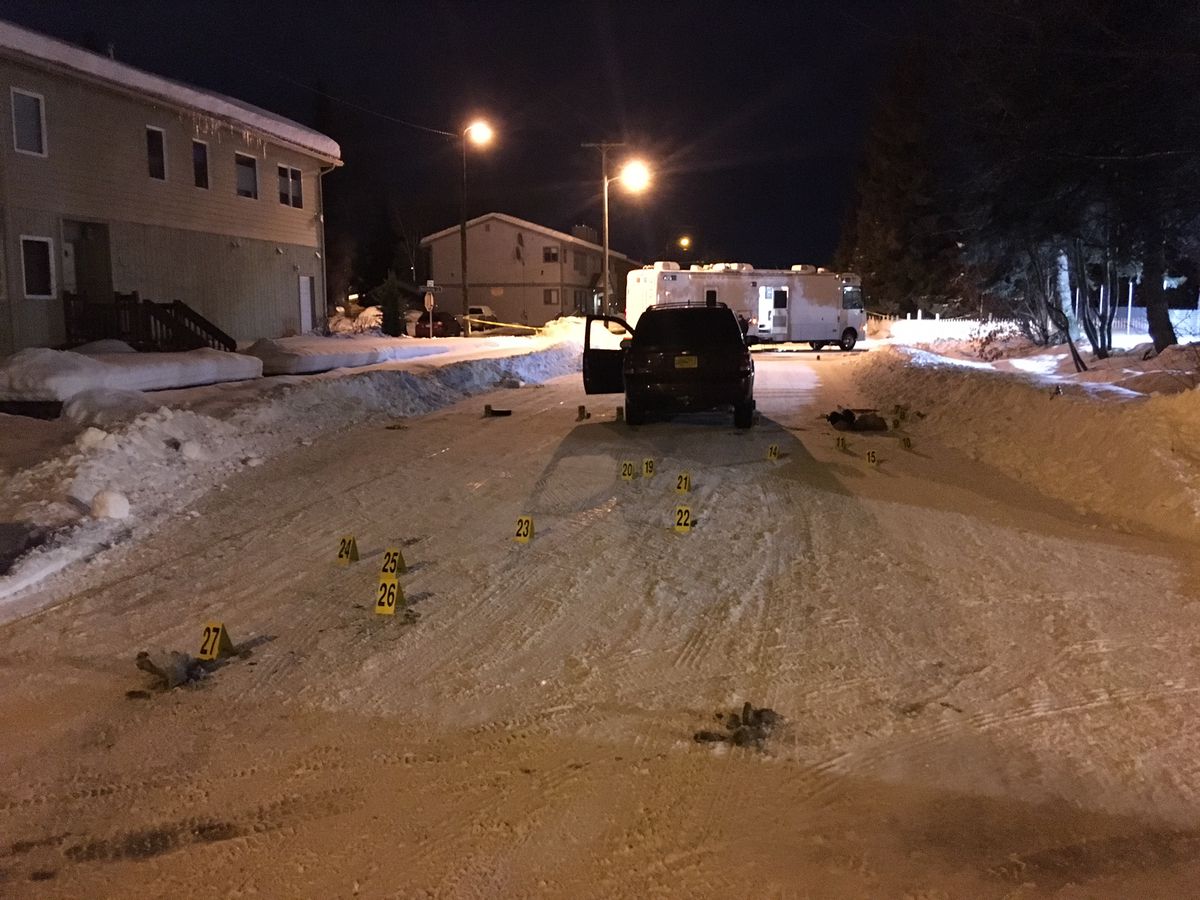 An Anchorage man died early Wednesday during a dispute on a Fairview street ending in gunfire that left another person wounded, police said.

Officers were initially called to the scene just before 1:30 a.m.

"Initial indications are that several individuals from two different vehicles got into some type of altercation," Oistad said in a statement. "During the incident several shots were fired and one adult from each vehicle suffered gunshot wounds and were transported to the hospital."

Carltikoff was pronounced dead, and the other victim remained under treatment Wednesday for non-life-threatening injuries.

Nobody was in custody in the case Wednesday afternoon.

The shooting occurred a few hours after police announced they were investigating a shooting on the 3700 block of Spenard Road that left a male victim with "life-threatening injuries." No suspects were initially arrested in that shooting either.

At 5:30 a.m. Wednesday, investigators at the scene — who declined to answer questions — were examining a dark-colored SUV on Ninth Avenue with its driver's door open and numerous evidence markers on the ground behind it. A second SUV, stopped on Nelchina within a police cordon, was unoccupied with its headlights on.

Oistad said in an email she couldn't answer questions about how many people were involved in the altercation, whether they left the scene afterward or how cooperative the surviving victim has been.

"We are not releasing any more details at this time," Oistad wrote.

Anyone with information on the shooting is asked to contact Anchorage police at 907-786-8900. Tips can also be left anonymously with Anchorage Crime Stoppers, at 907-561-STOP or via its website.