She went to a Girdwood festival in 1995, then disappeared. Her family is still seeking answers. 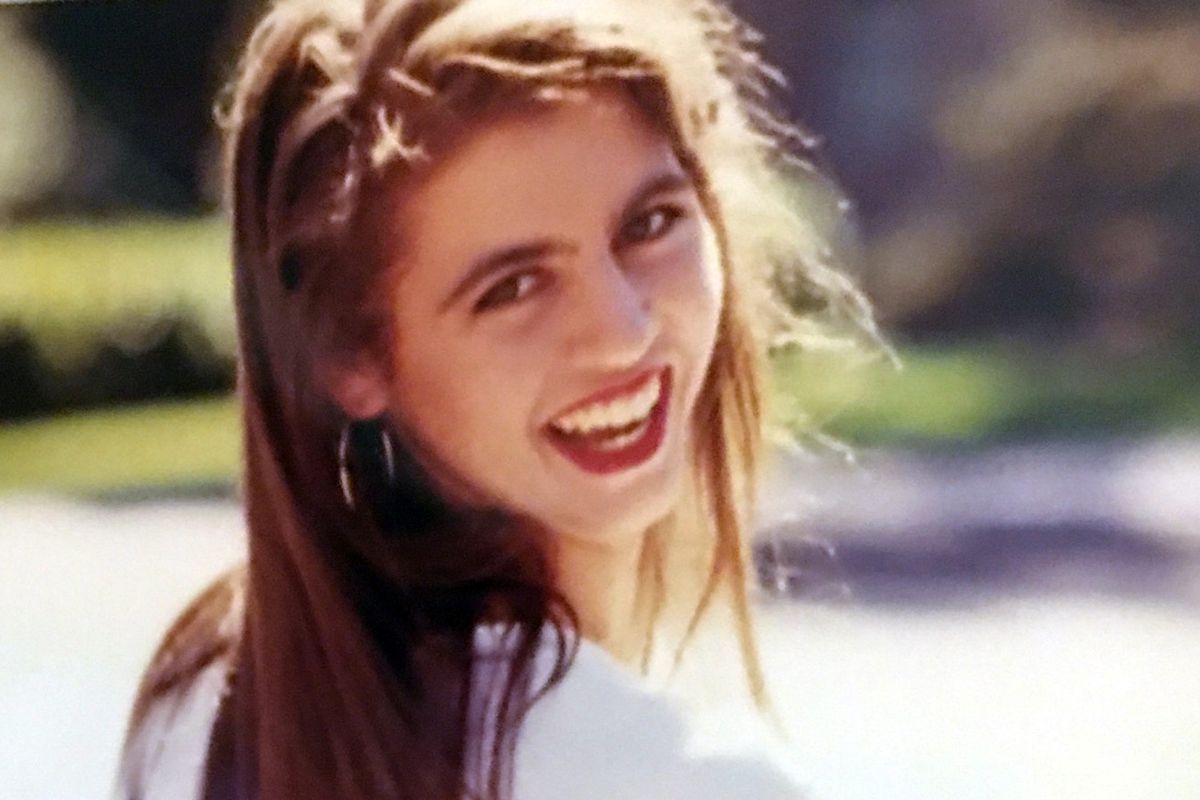 Stephanie Juarez still has a clear memory of the last time she saw her sister.

Juarez was living on Elmendorf Air Force Base, now Joint Base Elmendorf-Richardson, with her husband, their two young children and her 24-year-old sister, Erin Gilbert. Gilbert had a date that evening and the family went out on the lawn, curious to catch a glimpse of the man picking her up.

"My older son was about 4 at the time and I'll never forget. He said, 'Auntie Erin, you should bring a cellphone,' and she said, 'No, that's OK,' " Juarez recounted in a recent interview.

David Combs picked Gilbert up at 4 p.m., Juarez said. The couple drove south, along the winding Turnagain Arm, headed for the Girdwood Forest Fair, about an hour away.

Gilbert never returned. To this day, 22 years later, there's no sign of what happened, troopers said.

No arrests. No body. No new leads.

In an effort to resurrect the missing persons case, Juarez and her family posted a $35,000 reward this month for information in Gilbert's disappearance.

Maybe someone saw something that they feared sharing two decades ago, Juarez wonders, or perhaps several people have bits of information that, together, could move the case forward.

"We just need something," she said, pleading.

Gilbert is one of about 1,520 people currently missing in Alaska, some who may have vanished intentionally and others who didn't, according to Alaska State Troopers. The cases date back to the 1950s.

"We live in a very big place and a very rural place and it's — I don't want to say easy for people to disappear, but people get lost here and it's hard to find them," said Lt. Randy McPherron, the troopers' cold case investigator.

McPherron is the sole investigator in the troopers' Cold Case Investigation Unit. The unit once employed four until it was shuttered in 2015 due to budget cuts. It reopened this April with McPherron at its helm. He's responsible for about 100 cases, including unsolved homicides and suspicious missing persons cases where leads have run out.

Gilbert's case is included in McPherron's workload. Troopers consider it a missing persons case at this point, he said, not a murder investigation.

"Without a body we don't know for sure if she just met with foul play or she died of natural causes," he said. "That's often quite a big hurdle to get over."

McPherron didn't investigate Gilbert's case back in the mid-1990s. He described it last week as one of the "many cases I'm trying to get up to speed on." Gilbert's case lives in two three-ringed binders that contain "a couple thousand pages," he said.

Troopers said a reporter with Alaska Dispatch News could not look at those binders last week because the case was still open.

Combs could not be located for comment. Juarez said the family never kept in touch with him.

Anchorage Daily News reports from the time tell the story of a woman who went on a date and then vanished.

According to the newspaper, Gilbert and Combs met at Chilkoot Charlie’s in June and exchanged phone numbers. They returned to the Anchorage bar on June 30 and made plans to attend the Girdwood festival the next day.

"She said she didn't know many people here," Combs told the Daily News.

Gilbert had moved from San Francisco to Alaska to live with her sister on the military installation. She worked as a nanny and had plans to attend beauty school in a few weeks, her family said.

Juarez recently described her sister as kind, confident and affable with a predilection for writing, reading and running. She was nearly 6 feet tall, with her brown hair cut into a short bob.

News reports said Gilbert and Combs became separated at the annual Girdwood festival. He said he last saw her at 6 p.m. after discovering he had left his lights on and the car wouldn't start. (Since April 1994, motorists have been required to use their headlights on the Seward Highway.)

Combs told the Daily News that he knew a friend nearby and walked for two hours looking for help. When he couldn't find his friend's home, he returned to his car, tried the ignition and the car started.

He said he went back to the festival and searched for Gilbert until 1 a.m.

"I actually thought she might be mad at me," he told the Daily News in 1995. "I assumed she had taken off."

Juarez said Combs called the family's home at 7 a.m. the next day asking if Gilbert had made it home all right.

"I immediately knew something was wrong," she said. "There was no way she would have not called and not come home."

Juarez said she and her family drove to Girdwood and had Gilbert's name announced onstage. They searched the festival. They searched the woods. They called troopers and eventually walked into a television station, begging it to broadcast her photo.

Searches over the following days turned up nothing, according to Juarez. Troopers combed the area using search dogs and helicopters and found no sign of her, the Daily News reported.

Over the next year, Juarez said, she continued to walk through Girdwood, oftentimes overwhelmed by the vastness of the area and, at times, the inhospitable weather.

In 1995 alone, 4,664 missing persons cases were reported to troopers, including Gilbert's.

McPherron said troopers have received no new leads in Gilbert's disappearance. If someone did call with a tip, he said, he would look into it. He described the disappearance as "not your average missing persons case."

"There's a lot of very strange things about this," he said. "It's not like she went for a hike in the woods and never came back, or went out on a boat and the boat sank. She was last seen in a public place around lots of people and then all of a sudden she's gone."

Juarez and her family moved to Everett, Washington, in September 1996.

Juarez said she continues to fly to Anchorage every few years to walk through the woods and search for Gilbert. At home, she replays what happened to her sister. What did she miss? How could someone brimming with potential just disappear? Here one moment, gone the next.

"I will never give up looking for her," she said.

McPherron asks anyone with information on Gilbert's disappearance to call him at 907-375-7728.