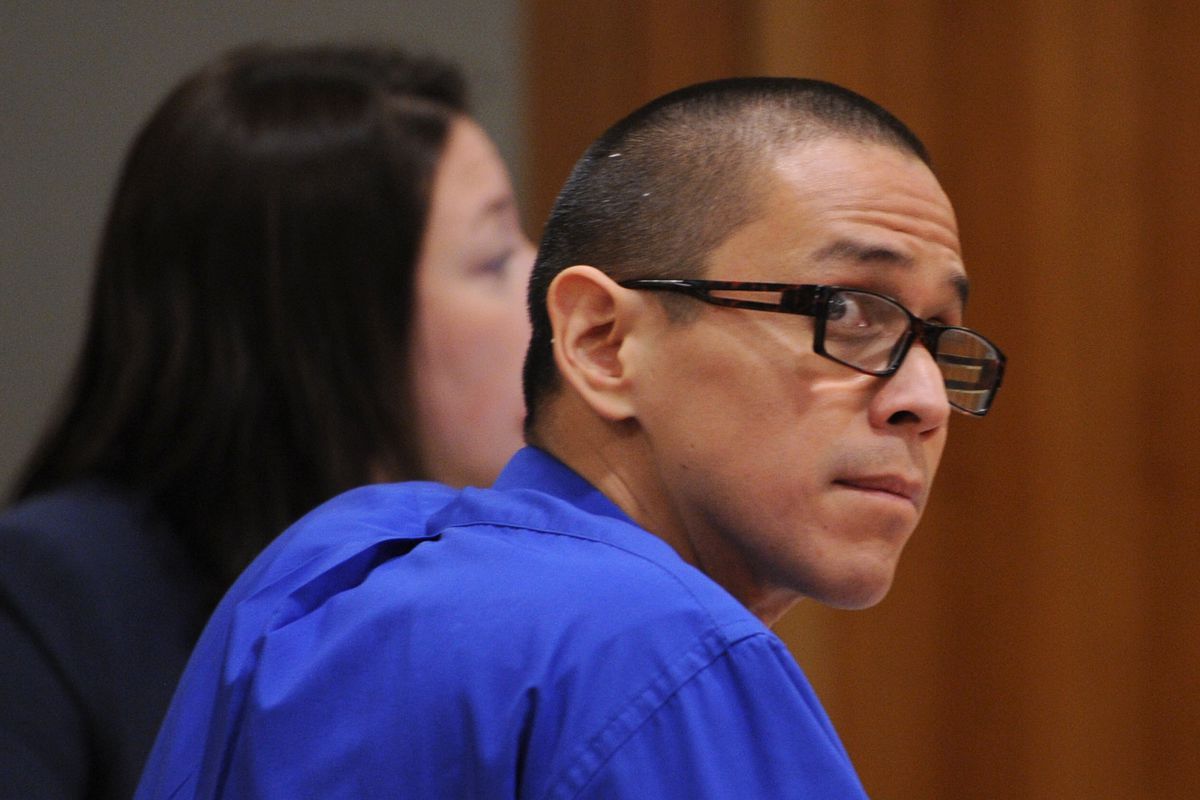 Thomas Skeek at his murder trial in Anchorage Superior Court on Tuesday, Feb. 26, 2019. Skeek was charged with killing his wife three years ago. The body of Linda Skeek, 32, has not been found. (Bill Roth / ADN)

Thomas Skeek at his murder trial in Anchorage Superior Court on Tuesday, Feb. 26, 2019. Skeek was charged with killing his wife three years ago. The body of Linda Skeek, 32, has not been found. (Bill Roth / ADN)

An Anchorage jury on Thursday acquitted Thomas Skeek, who faced murder charges in the disappearance of his wife in 2016, on all charges.

After a three-day deliberation Skeek was found not guilty of first- and second-degree murder, a lesser included charge of manslaughter, and tampering with evidence.

His wife, Linda Skeek, who was 32 when she disappeared, hasn’t been seen or heard from since January 2016. Her family believes she is dead.

“We all know she’s gone," said Myrna Brown, Linda’s aunt, after the verdict was read.

Prosecutors contended that Thomas Skeek, now 37, killed her in the early hours of Jan. 1, 2016, and disposed of her body, then reported her missing to police. His defense attorney, Emily Cooper, told jurors that the state couldn’t even prove Linda Skeek was dead — much less that her husband killed her.

Any number of things could have happened to Linda Skeek, Cooper told jurors in her closing argument. She could have fallen victim to a random act of violence, been hit by a drunken driver who disposed of her body, purposefully disappeared or injured herself somehow, Cooper said.

Cooper shared a tearful embrace with her client — who has been held in jail for the past three years — before he was placed back in handcuffs and escorted out of the courtroom. He will be processed out of the Department of Corrections and released immediately, she said.

Brown, who believes Linda was murdered, said her niece is the third person in her biological family to be killed without having a killer brought to justice. That fact, she said, has made her “feel really bad about the justice system.”

“I just wish and hope other families don’t have to go through what our family has gone through,” Brown said.

The case of Alaska vs. Thomas Skeek, which went to the jury Tuesday, represents a rare but not unheard of circumstance in Alaska’s courts: a murder trial in which the victim’s body has not been located.

Only a few such cases have been tried since the 1970s in Alaska, and Assistant District Attorney James Fayette said the prosecutors in the case knew it would be a hard one to prosecute.

More than 30 witnesses testified over the course of the 17-day trial, including a neighbor who said she heard shouting and a loud bang coming from the Skeek house on the night of Linda’s disappearance; Linda’s uncle, who said Linda’s daughter had confided in him that she had seen her mother’s feet in the downstairs bathroom with “blood all around it" that night; and another neighbor who said she’d seen Linda walk, drunk and ill-dressed, off into the snowy night.

In the end, Fayette wouldn’t comment on what he believed drove the jury’s decision.