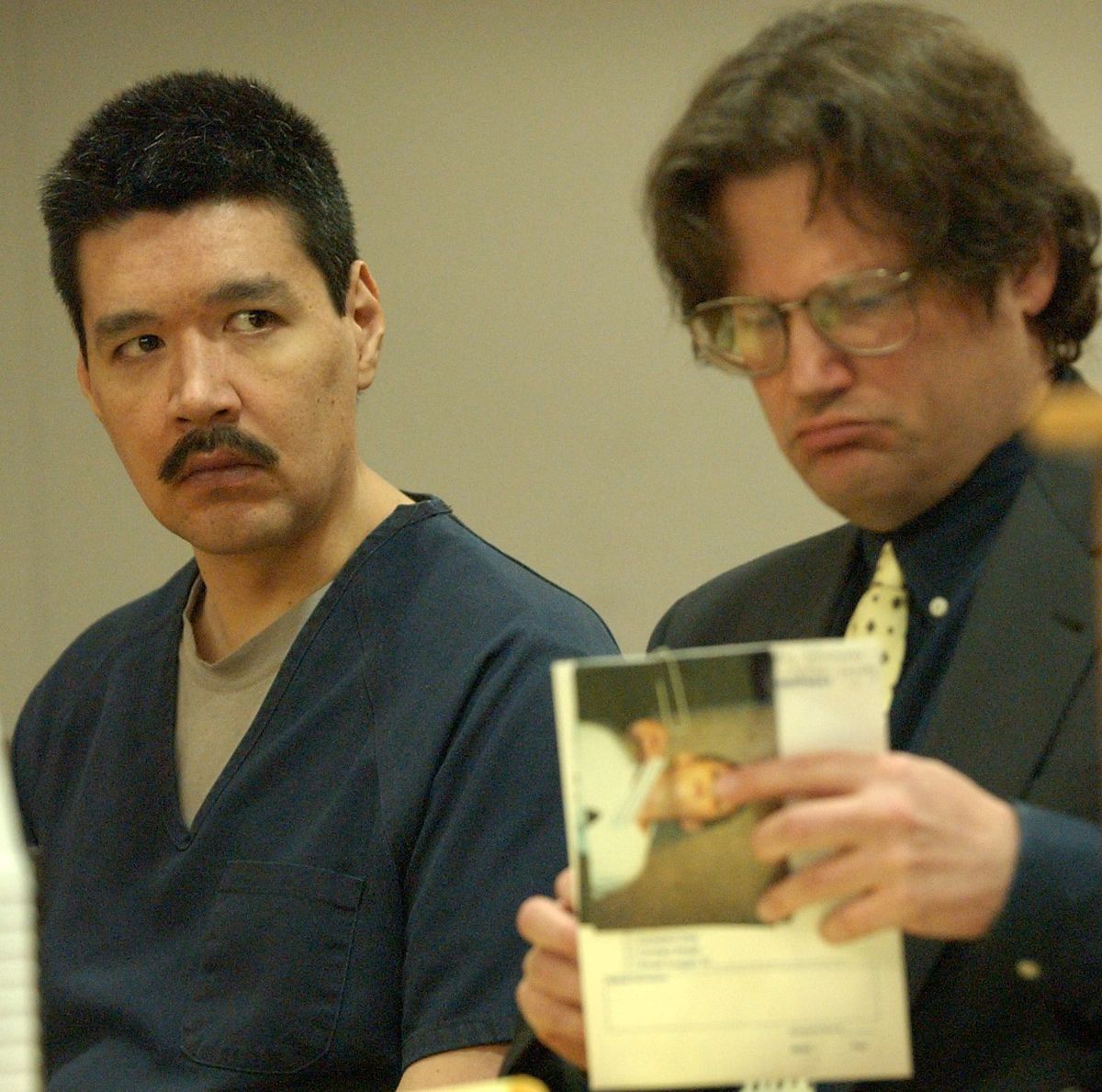 A man convicted of attempted murder in a 2001 knife attack on children at an Anchorage elementary school died Thursday morning in jail, the Alaska Department of Corrections said Friday.

Jason Pritchard, 51, was found “unresponsive” in his cell at the Anchorage Correctional Complex during breakfast service just before 7 a.m. Thursday, said Sarah Gallagher, a spokeswoman for DOC, in a statement.

Pritchard was serving a 99-year sentence and had been in custody for nearly 18 years. He was convicted on two counts of first-degree attempted murder in 2001 after he walked onto the campus of Mountain View Elementary School and started slashing students’ throats and faces with a knife.

Four boys were seriously injured in the attack, which led the Anchorage School District and Anchorage Police Department to introduce new safety procedures.

Pritchard, who was 33 at the time, had a history of apparent mental illness and religious delusions, and had told police that he wanted to kill young children to save them from damnation, according to the complaint in his case.

“I don’t think we care to sit and speak about but I will say it was a very dark and hard time for our family and I am just thankful he will never be able to hurt anyone again,” said Deanna Brown — whose stepson, Cody Brown, was one of the boys injured in the attack — on Friday.

Cody Brown, who was 8 years old at the time, was hospitalized for several days after the attack. He could not be reached for comment Friday.

Two other victims, Stephen Hansell and Eric Moy, said they were not immediately available for interviews. The fourth victim, Billy Moy, did not respond to a Facebook message asking for comment.

The cause of Pritchard’s death is still under investigation. Gallagher said no foul play is suspected.

He had been serving his sentence at Spring Creek Correctional Center in Seward, Gallagher said, but had transferred to the Anchorage Correctional Complex on March 2 to receive medical care. She would not specify what sort of care he was receiving.

When asked whether Pritchard had any visible wounds on his body or whether he’d experienced illness or received medical treatment in the days leading up to his death, Gallagher said that the Department of Corrections cannot disclose medical information.

Pritchard was “generally well behaved during his time in custody, with only a few disciplinary infractions on record,” she said.

He is the first inmate to die in custody this year. Nine people died last year in Alaska prisons or jails.