Alaska will pay $100,000 and change procedures to settle lawsuit over treatment of Muslim inmates 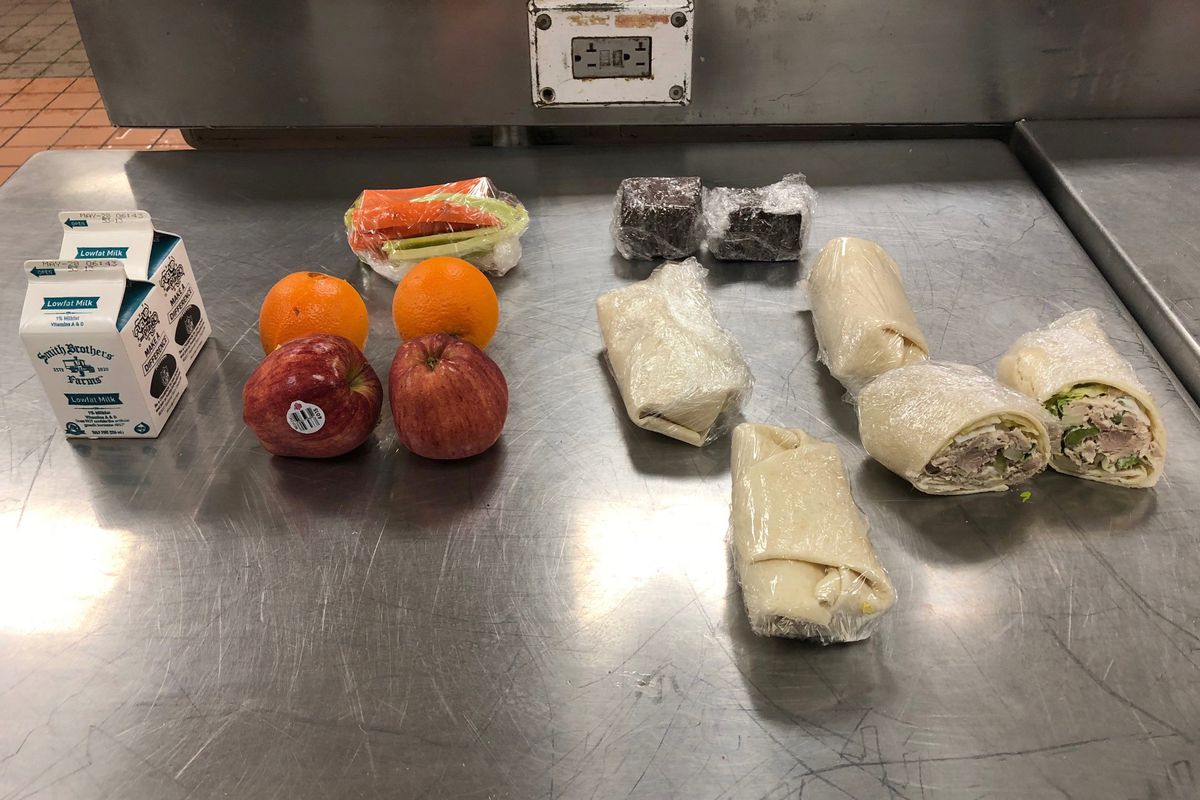 One of the options for Ramadan sack meals that had been given to Muslim inmates is pictured in the kitchen of the Anchorage Correctional Complex. (Photo provided by the Department of Corrections)

One of the options for Ramadan sack meals that had been given to Muslim inmates is pictured in the kitchen of the Anchorage Correctional Complex. (Photo provided by the Department of Corrections)

The Alaska Department of Law and the Council for American-Islamic Relations have settled a lawsuit stemming from the feeding of Muslim prisoners during Ramadan.

As part of the settlement, the state will pay $102,500 to plaintiffs Anas Dowl and Ernest Jacobsson. The settlement also requires changes in the way the Department of Corrections feeds prisoners during Ramadan and in the way prisoners are permitted to pray.

“Accommodating Muslim prisoners in prisons around the country has been a perennial problem,” said CAIR trial attorney Carolyn Homer by phone, but the new agreement with the state “is one of the comprehensive accommodation provisions that CAIR has ever seen, and we intend to hold it up as a model for how Muslim inmates can be accommodated.”

Sarah Gallagher, public information officer with the Department of Corrections, said by email that about 45 inmates participated in Ramadan this year. According to figures provided by the department to the Alaska Legislature earlier this year, the state averaged 4,314 inmates during 2018.

The lawsuit was filed in 2018 against Dean Williams, the commissioner of corrections under then-Gov. Bill Walker. The settlement was approved Friday by federal Anchorage District Court Judge H. Russel Holland, and the case has been closed.

Observant Muslims fast from sunrise to sunset during the 29 or 30 days of Ramadan, meaning that state-held prisoners who observe the fast cannot participate in regular meal schedules. The lawsuit alleged that the alternative meals offered to Dowl and Jacobsson were dangerously meager and that Muslim inmates were being starved.

Judge Holland issued an emergency order requiring the state to address the situation, and the state complied.

“CAIR has been pleased that the Alaska Department of Corrections took this case seriously from the very beginning and made immediate changes,” Homer said.

Gallagher said “most of the changes required by the settlement have already been implemented throughout our institutions but will not be fully in place until Ramadan 2020.”

She praised the state’s professionalism throughout the lawsuit.

The case had progressed through the federal legal system and was headed toward trial before the settlement was announced this week.

CAIR, a national organization, will also provide religious sensitivity training to Department of Corrections employees for free. Gallagher said the “training discussed in the settlement is only for personnel that deal directly with Ramadan and religious related requests.”

The settlement includes provisions against any subsequent backsliding by the state.

The Alaska Legislature typically authorizes the payment of all court settlements statewide in a single budgetary line item. Gallagher said the financial impact of this settlement on the department’s budget “is negligible, if at all.”