A third trial in the killing of a Palmer teen is underway. But this time it’s in Fairbanks. 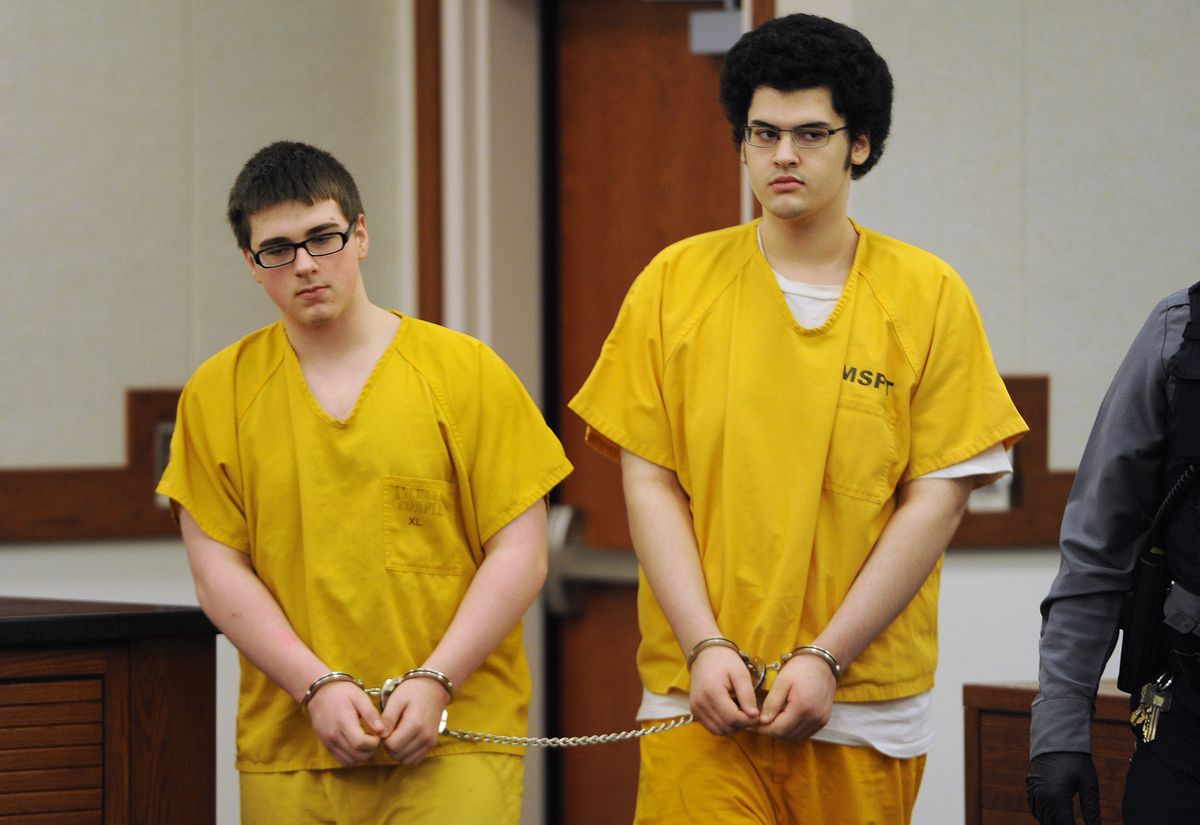 PALMER -- The trial of the third teen accused of killing 16-year-old David Grunwald is underway in Fairbanks rather than Palmer, where the crime that got national attention occurred.

Superior Court Judge Gregory Heath agreed to a change of venue for 18-year-old Bradley Renfro and 22-year-old Austin Barrett after their attorneys argued it would difficult to find an impartial jury in Palmer because of heavy media coverage of the previous trials.

Grunwald was killed on Nov. 13, 2016. The case provided a grim look at the underside of teen life in small-town Palmer and young defendants displaying little if any motive.

Grunwald was a popular student from a military family with a strict curfew, but witnesses said he also spent time at Almandinger’s smoking marijuana and playing video games. Grunwald knew Almandinger from school, but he didn’t know the others well.

Authorities say Grunwald was beaten in the head with a heavy pistol in a trailer behind Almandinger’s family home in Palmer. Then he was driven, begging for his life, in his Ford Bronco to a spot near the Knik River and shot once in the head. The Bronco was found torched the next day at the base of the Talkeetna Mountains.

Renfro’s trial started last week. It is being live-streamed by KTVA 11 News.

Prosecutors using the legal theory of “accomplice liability” say he joined the others who beat and killed Grunwald, then partied as hundreds of people searched the Matanuska-Susitna Borough for the missing teen until his body was found in early December 2016.

But Renfro’s attorney Chris Provost told the jury at the start of the trial last week that his client was drunk and “crashed out” when the beating started and he didn’t participate in the murder, though he did help burn the Bronco. Provost contends the case involves a series of “bad facts” about his client, who didn’t report the crime out of loyalty to his friends.

Prosecutors admit they can’t prove who fired that fatal shot. Instead, they argue all four teens are guilty of the murder because they participated rather than leaving or stopping the others.

They are expected to be sentenced after the remaining two trials are done. Barrett still faces his own trial in Fairbanks. Renfro and Barrett were originally scheduled to face trial together, but Heath ordered the proceedings split a few days before jury selection started.

Another teen arrested after the murder, Devin Peterson, has already been sentenced for providing gas cans and hiding the guns used in the crime.

At the start of Renfro’s trial, Palmer District Attorney Roman Kalytiak told the jury Renfro suggested they take Grunwald to the Jim Creek area near the Knik River. He also admitted to investigators that he helped burn the Bronco and that he was with the group during the beating and when Grunwald died.

Renfro is shown in photos with some of the others flashing a “C” sign for the Crips gang.

The only fingerprints from Renfro collected at the scene were on a cookie jar containing marijuana, according to testimony. He can be seen on surveillance film at a gas station near Peterson’s house, where investigators say the group bought gas before setting the Bronco on fire.

Provost, Renfro’s attorney, said his client was “half passed-out” after doing shots of alcohol before the others in the trailer decided to beat Grunwald when he went to use the bathroom.

Except for burning the Bronco, Provost said, there’s no evidence Renfro had anything to do with the murder. The group thought Grunwald would pass out from the beating and told a “shocked” Renfro to help load the injured teen into the Bronco. He sat next to him in the back.

“He had nothing to do with the planning, he didn’t know David Grunwald, he didn’t participate in the assault,” he said.

Peterson’s mother testified Wednesday that Renfro’s father sometimes kicked him out of the house. He joined the other teens in staying often at her house near Big Lake, where she let them smoke marijuana.

Renfro’s father, Russell, and Grunwald’s father, Ben, got into a heated altercation in the hallway outside the courtroom during a December 2017 hearing before the trials started.