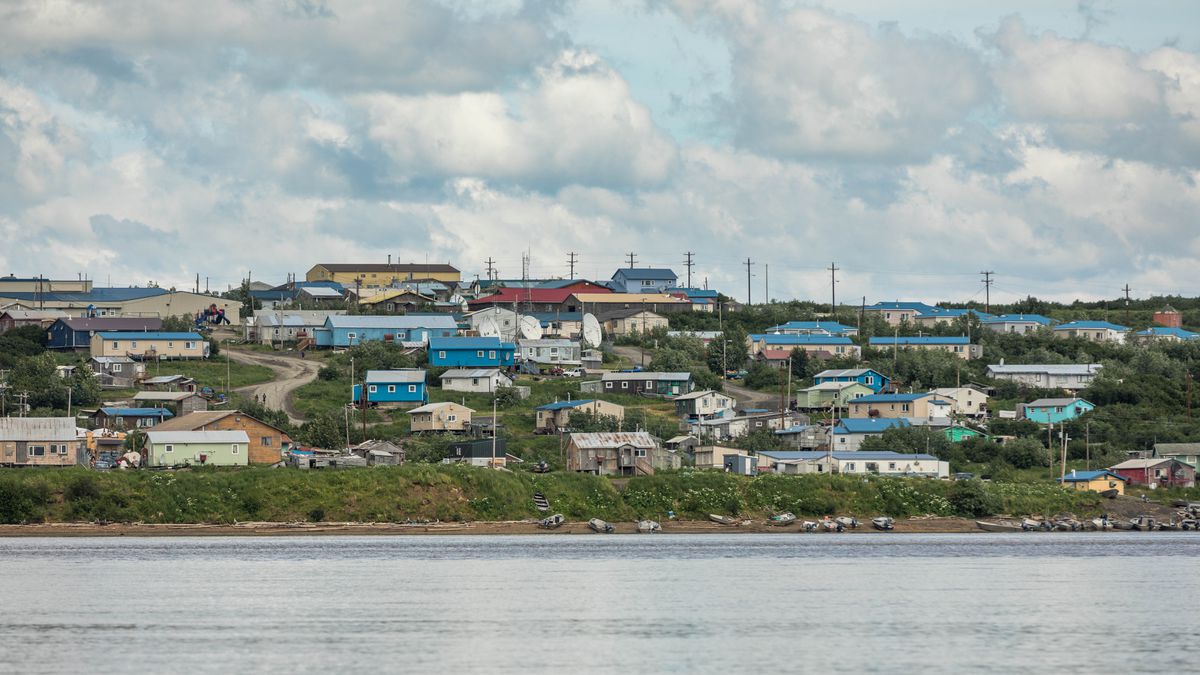 In an unusual order, an Alaska judge has declared a crisis in the state’s courts, saying that turnover among public defenders is delaying criminal trials and denying justice for victims and defendants alike.

“The state of Alaska’s criminal justice system is operating on the fringes, barely able to protect against the deprivation of fundamental rights, barely able to respond in a professionally responsible manner to Alaska(’s) rising violent crime rates,” Fairbanks Superior Court Judge Michael A. MacDonald wrote in a blistering Aug. 30 decision, which has previously not been reported.

The remarks by the veteran judge came in a 37-page order to delay the murder trial of Alexie Walters, a man accused of beating his girlfriend, Gertrude Queenie, to death in 2017 in Mountain Village, on the Yukon River in Southwest Alaska. The public defender representing Walters was juggling 200 cases and resigned due to “mental exhaustion” a week before the trial was to begin in July, according to the order.

MacDonald, who was appointed by then-Gov. Sarah Palin in 2007, admonished public defenders for “specific professional failures” in their handling of Walters’ case.

But he added that those specific failures were symptoms of broader dysfunction, like public defender and prosecutor jobs going unfilled because of obstacles to recruitment and retention, as well as travel restrictions. And he blamed the dysfunction not on managers but on spending plans and policy decisions made by Alaska governors and lawmakers over the years, and continuing to this day.

“The record in this case should reflect that, as a result of the policy and budget choices made by the legislative and executive branches the people of Alaska must tolerate long delays in the prosecution of the type of crimes charged in this case — crimes against women, crimes fueled by substance abuse, crimes against law enforcement officers, crimes against rural Alaskans,” the judge wrote.

MacDonald’s ruling addresses some of the most urgent problems facing Alaska’s criminal justice system, where policymakers and the public have increasingly turned their focus in recent years. In 2017, the year Queenie was killed, the rate of women killed by men in Alaska was three times the national average and the highest in the United States, according to the Violence Policy Center.

An ongoing Daily News and ProPublica investigation has found that one in three Alaska communities has no local law enforcement of any kind. In some villages, city and tribal leaders say they have no choice but to hire convicted criminals as cops. In June, U.S. Attorney General William P. Barr declared a public safety emergency in the state, announcing $10.5 million in funding for village police, equipment and public safety buildings.

The judge’s order describes a disparity in the next phase of the criminal justice system — the one that begins after a suspect is arrested and the clock starts ticking toward a timely resolution for defendant and victim.

Alaska’s public defenders have argued for the past two years that rising caseloads and tight budgets are straining their ability to fulfill their constitutional obligation to represent their clients. Judges appoint public defenders for defendants who can’t afford to hire their own lawyers.

[The Anchorage Daily News and ProPublica are spending the year investigating sexual violence in Alaska and why the situation isn’t getting better. Read all of our stories so far.]

Doug Moody, a supervisor at the Public Defender Agency, said in a phone interview Tuesday that Cherot will be reviewing MacDonald’s critique.

“Without a doubt, the new director will get this order for a variety of reasons, and will be thinking about how we can do things more efficiently,” Moody said.

MacDonald declined to be interviewed, saying that Walter’s case is still open.

MacDonald’s order and decision are part of the ongoing effort to hold a criminal trial in Fairbanks for Walters, who was 34 when troopers arrested him Oct. 5, 2017, in Mountain Village on charges of murder, assault and evidence tampering.

According to the charges, his mother called to report the attack and Walters fired a shotgun when two Village Police Officers attempted to approach him. Troopers arrived hours later and interviewed Walters, who admitted to beating Queenie, his 22-year-old girlfriend, with his fists and a broom handle.

“I was the only one there, I did that, I killed her,” he told investigators, according to the charges.

The trial has been delayed at least 15 times at the request of the defense, according to MacDonald’s order. At one June hearing, shortly before she resigned, the public defender noted she was working a double case load. She had “hit the wall,” an acting supervisor later told the judge.

Anna Bill, a former Mountain Village police officer honored by the Alaska Federation of Natives for her advocacy on behalf of Alaska Native women and children, said the homicide was devastating for the victim’s family.

Bill said that in her experience with the criminal justice system, cases involving white defendants and victims appear to be resolved more quickly than cases involving Alaska Natives. “All the white people are getting done first while the Natives get pushed to the back burner,” Bill wrote in a Facebook message when asked about the case. She said she was not a police officer in the village at the time of the killing.

An employee at the city of Mountain Village said the city currently has no police officer and that no officials were available to comment on the case.

MacDonald serves as the presiding judge for the Fairbanks-based Fourth Judicial District. The district covers an enormous and geographically diverse swath of Alaska, from the woodsy Alaska-Canada border in the Interior to the Bering Sea coast.

‘Delay is always the friend of the defense ...’

In addition to the Mountain Village case, the judge wrote, he’s overseeing two other homicide trials and a sexual assault case that have all been significantly delayed due to a public defender withdrawing “late into the case.”

“Witness memories fade,” Skidmore said. “Delay is always the friend of the defense because it makes it harder for prosecutors to put on their case.”

Skidmore said the number of prosecutors is rebounding following a reduction years earlier and now includes more than 120 attorneys. A district attorney has been selected to oversee the Bethel office and Skidmore said he is in talks with the North Slope Borough in hopes of funding the first Utqiagvik-based district attorney in several years.

The Public Defender Agency’s budget, meanwhile, has grown by 9% in the past two years. But its workload is growing more quickly — just between the 2017 and 2018 fiscal years, it saw a 16% increase in felony cases statewide, according to data the agency has presented to the Legislature. While the agency’s inflation-adjusted spending has doubled in the past 30 years, its felony caseload has tripled, it says.

Last year, Steiner, who was then the agency’s director, warned that his attorneys were at their limit and would have to start refusing to handle new cases without a $1 million boost to their $26 million budget. Even after that request was granted, Steiner said at a legislative budget hearing in March that he needed at least nine more lawyers, on top of an existing staff of roughly 75 criminal attorneys, to fulfill the agency’s constitutional obligations.

The need for nine more lawyers was based on a 45-year-old standard set by the American Bar Association that public defenders’ annual caseloads should not exceed 150 felonies. A separate 1998 audit done for the Alaska Legislature said the state’s public defenders can “ethically” handle no more than 59 cases in a 60-hour workweek; by that standard, Steiner said at the March hearing, his agency needed 66 more lawyers to fulfill its constitutional obligations.

Moody, the Alaska Public Defender Agency supervisor, said there are currently 11 vacant attorney positions out of 98 statewide. (In addition to the 75 criminal attorneys, about 25 more work on appeals and children’s cases.) At one point, the agency’s seven-attorney Bethel office was down to three, he said.

State lawmakers this year held the public defenders’ base budget effectively flat, though they included some $1.3 million, or a roughly 5% boost, in separate criminal justice legislation that was expected to generate more prosecutions.

In arguments included with MacDonald’s order, public defenders described an agency at its breaking point, struggling to retain experienced attorneys and unable to compete for recruits against cities with a lower cost of living and comparable pay.

“Our salaries up here used to be the draw,” an attorney for the agency said. “But there are plenty of public defender offices in the Lower 48 who are offering those exact salaries right now with lower cost of living and more stability in their government and their budget.”

The public defender agency asked that MacDonald be disqualified from the Mountain Village case because of his bias against the agency and Walters, the defendant. The motion filed by Walters’ new public defender, Julia Metzger, cited MacDonald’s comments in hearings over the summer, including remarks about the public defender agency neglecting clients and accusing its attorneys of “complete abandonment and total disregard of professional responsibilities.”

Metzger said MacDonald launched into a “17-minute diatribe” at a July 18 hearing, during which he predicted the public defender agency might continue to delay the Mountain Village homicide trial until 2020. He warned Metzger against “scurrying around in district court,” spending time on lesser felony cases instead of the homicide case, according to her motion. (The motion argued that the judge misunderstood the limits on public defenders, who do not choose which charges are filed.)

MacDonald denied the request, saying his findings “are not an indictment” of the Alaska Public Defender Agency nor its attorneys.

“On the whole they are to be commended for all they do in the face of serious institutional limits,” he wrote.

According to online court records, no new trial date has been set in the killing of Gertrude Queenie.

This story was produced by the Daily News in collaboration with Alaska Public Media.