Videos and photos show brutal attack of woman in Anchorage hotel room by man charged in her death, charges say 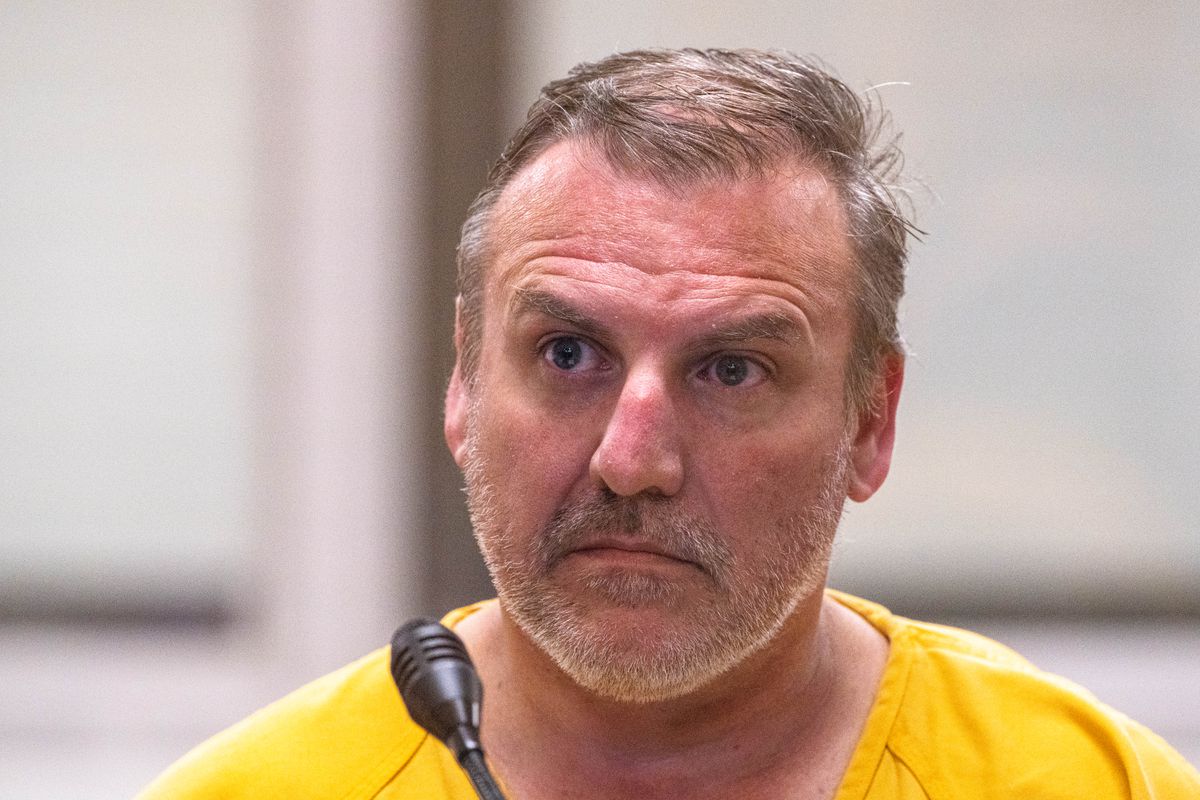 A 48-year-old Anchorage man was charged with murder after someone found a digital card containing dozens of videos and photos that authorities say show him beating and killing a woman in a Midtown hotel room.

The woman’s body was found last week along the Seward Highway south of the city. She has not been identified.

Detectives recognized Brian Steven Smith from the graphic videos because Smith is involved in a separate ongoing investigation, said Anchorage Police Department spokesman MJ Thim. Thim declined to say anything about the other investigation, or whether Smith is a suspect in other crimes.

Smith was taken into custody on an arrest warrant for first-degree murder Tuesday afternoon at Ted Stevens Anchorage International Airport, police said in an online release announcing the arrest Wednesday.

He was returning to Anchorage, where he lives, Thim said. Smith is originally from South Africa.

An affidavit filed with the criminal complaint against him details a strange chain of events that led police to a trove of gruesome videos and photos.

Last Monday, Sept. 30, a woman called police dispatch to report that she’d found an SD card containing a video of a homicide on the ground, police said. The caller later told officers the card — a small memory card used in portable digital devices — was discarded on the street at the corner of Fairbanks Street and 13th Avenue in Fairview, near the Gambell Carrs store.

The SD card was labeled “Homicide at midtown Marriott,” according to the affidavit.

Homicide detectives began combing through the 39 images and 12 videos on the card, all documenting a horrifying scene of violence against an unknown woman.

The woman attempted to fight back, the affidavit said.

Other images showed the woman covered in a white sheet, being moved through a parking lot to a truck. Time stamps on the images at the hotel showed they were taken in the early hours of Sept. 4, the affidavit said.

The final images on the card show the woman’s body face down in the bed of a pickup, and were time-stamped Sept. 6.

Police recognized the man in the videos as Brian Smith, an immigrant from South Africa police knew of “from a previous investigation," according to the affidavit.

Then, on Wednesday, Oct. 2, the woman’s body was found along Turnagain Arm, near the Rainbow trailhead.

Smith has a truck matching the one in the images, and pings from his cellphone put him along Rainbow Valley Road off the Seward Highway, near where the woman’s body was found, within minutes of the last time-stamped photos of the body, the affidavit said.

Smith had registered a room at the TownePlace Suites by Marriott the night the video was taken, according to the affidavit.

The woman, who has not yet been identified, is described as having long dark hair and possibly being Alaska Native.

Thim said the arrest hinged on two aspects of the investigation: the citizen who chose to call police when they found that card, and the coordination between law enforcement agencies handling the separate cases of the videos and the body.

Many questions remain unanswered Wednesday, including the identity of the woman.

“We still don’t know who she is and we don’t know much about her," said Thim.

Detectives knew almost immediately that “something was wrong, that someone’s loved one was killed” when they found her remains, he said.

The State Medical Examiner Office is working to confirm her identity and manner of death.

There’s also the question of how an SD card containing images and videos of a slaying, labeled “Homicide at midtown Marriott,” came to be discarded on a busy Anchorage street.

Little is known about Smith, the man charged. Public records show that he lives in a home in the Geneva Woods neighborhood, and a social media profile that appears to belong to him says he married an Anchorage woman in 2014.

Police and a crime scene investigation unit spent much of Tuesday afternoon and evening at the home where Smith lived with his wife, hauling away a black pickup, neighbors said. His wife is not implicated in the slaying.

In court Wednesday, Smith appeared in handcuffs, wearing a yellow jail jumpsuit. He told Anchorage District Court Judge Brian Clark that he had about $2,000 in total saved.

Clark asked that he be appointed a public defender and set his bail at $500,000 cash appearance bond and a $250,000 cash performance bond.

The case marks the second killing in less than six months involving a video. A Snapchat video showed two of the teens accused of killing 19-year-old Cynthia Hoffman near the Thunderbird Falls trailhead in June apparently discussing the crime.