Charges: Anchorage man shot his sister while her young son was in her lap 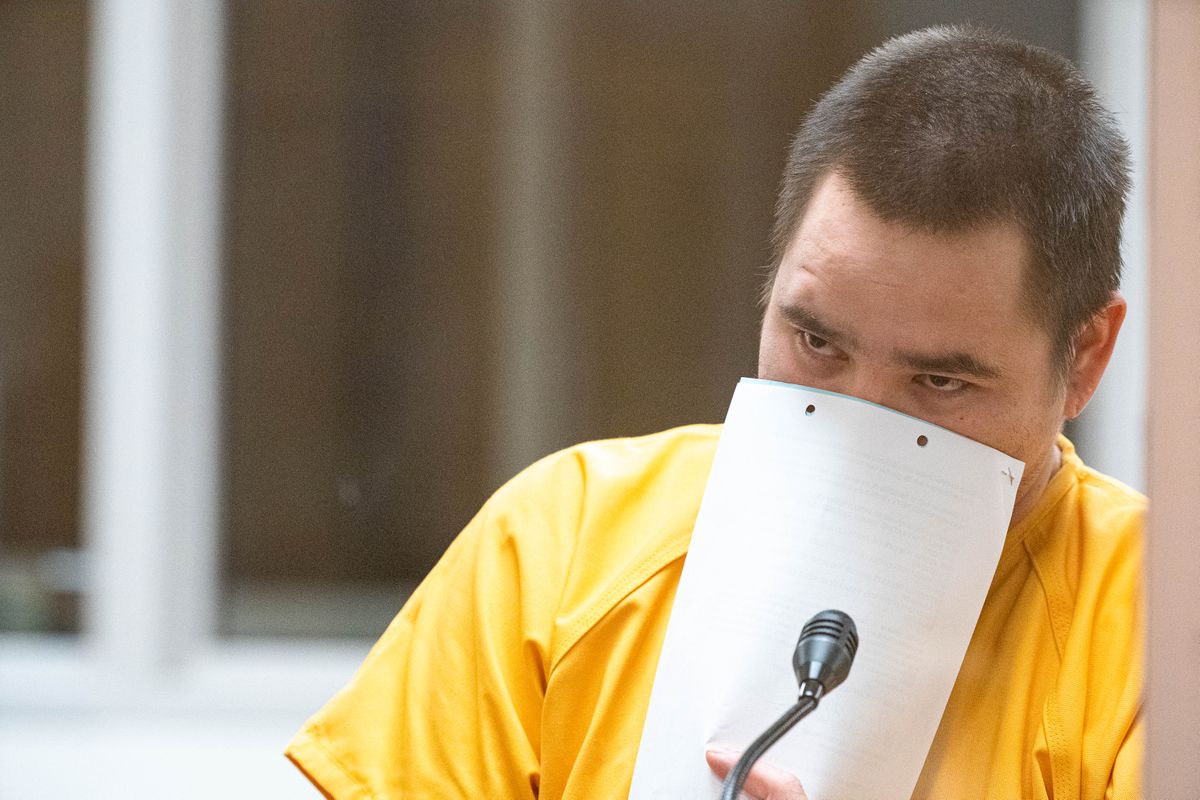 Moses Crowe is arraigned on a second-degree murder charge Friday at the Anchorage jail courtroom. According to charging documents, Crowe shot his sister during a Thanksgiving gathering. (Loren Holmes / ADN)

Moses Crowe is arraigned on a second-degree murder charge Friday at the Anchorage jail courtroom. According to charging documents, Crowe shot his sister during a Thanksgiving gathering. (Loren Holmes / ADN)

A 27-year-old Anchorage man has been charged with second-degree murder in the Thanksgiving Day shooting death of his sister.

Around 3:15 p.m. Thursday, Anchorage police received two 911 calls reporting that a woman had been shot in a residence on the 200 block of McCarrey Street in East Anchorage, charging documents state. The first caller identified himself as the uncle of the victim and the second identified herself as the grandmother of Moses Tony Crowe.

The victim’s uncle told a 911 dispatcher that “he heard a pop” while he was cooking at the home, that his niece had accidentally been shot and that she was “unconscious but breathing,” according to the charging documents. Crowe’s grandmother told police that her grandson had pulled a gun from his pocket and shot the victim, who was identified as Amanda Owen, Crowe’s 23-year-old sister, the documents state.

Police said that when they arrived at the scene, they found Owen, who had been shot in the head. She was taken to Providence Alaska Medical Center, where she was later pronounced dead.

The woman identified in the charging documents as Crowe and Owen’s grandmother told detectives that the family had met at the home for a Thanksgiving meal, and that Crowe had been up late drinking until early in the morning and had slept in past noon.

She told detectives that she was sitting on her bed that afternoon talking with Owen, who was in a chair with her 1-year-old son in her lap.

According to the charges, Crowe came into the bedroom and started talking with Owen, upset that she had unfriended or blocked him on Facebook.

The grandmother told detectives that Crowe pulled something out of his pocket that she wasn’t able to see clearly. At that point, he “manipulated” the object; when giving her account to detectives, the grandmother made “a motion consistent with racking the slide of a semiautomatic pistol,” according to the charges. Crowe then pointed a black pistol at Owen’s head and the gun went off, the grandmother told police.

A police K9 search of the area after the shooting was unsuccessful. Crowe was later found near the scene with a Glock pistol and taken into custody by SWAT officers, the charges state.

Crowe repeatedly said that the shooting was accidental even though his grandmother told detectives a different version of events, the charges state.