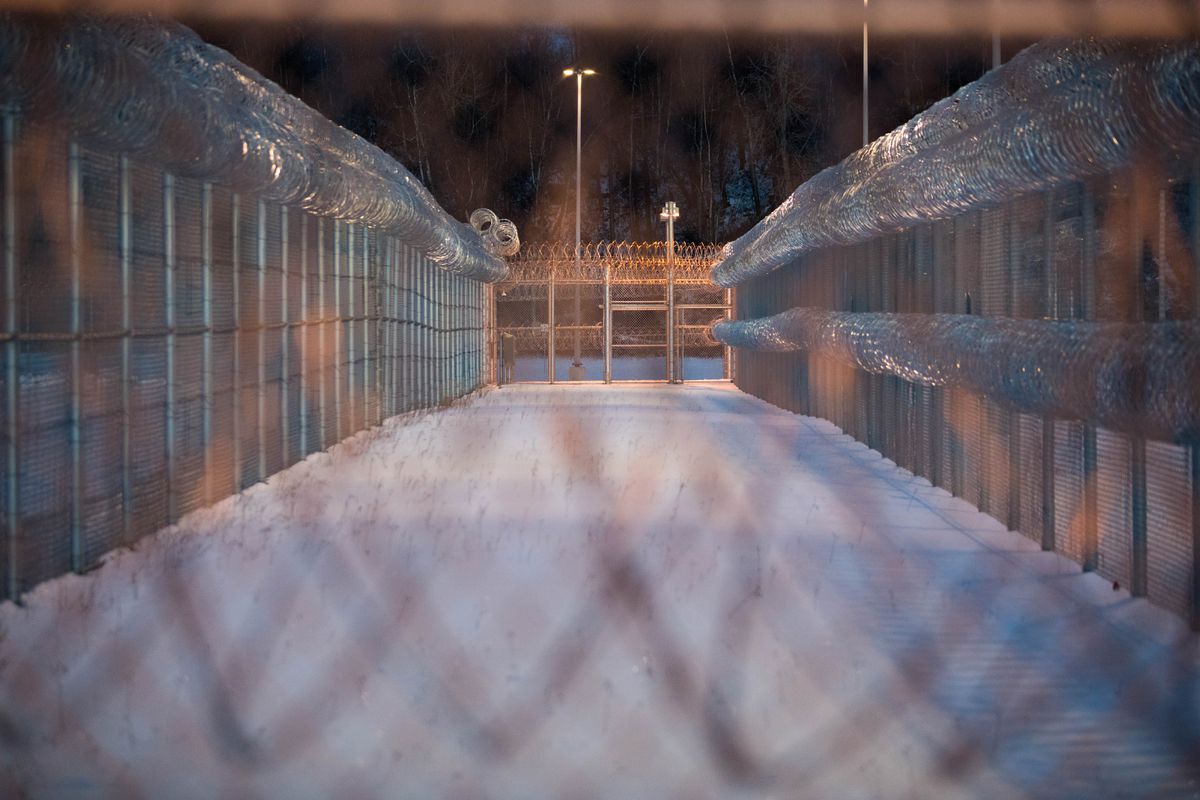 Fearing a coronavirus outbreak would could tear through Alaska’s overcrowded jails, the Department of Corrections has halted all visitors from entering correctional facilities.

They’ve called on the state to make immediate changes to reduce the flow of people into incarceration — and to consider letting some non-violent and medically vulnerable inmates out.

A few big cities have already gone that route: New York, Cleveland and Los Angeles have released or plan to release some inmates considered vulnerable to infection.

On Thursday, the ACLU of Alaska released a call to criminal justice system players ranging from police to courts to probation officers to the governor to work together to reduce the population of jails in the name of public health.

"We’re asking for the entire system to start acting with the public health risk in mind,” said Triada Stampas, policy director of the ACLU of Alaska.

If the virus gets into someplace like the Anchorage jail, where inmates sometimes sleep three to a cell or on plastic cots on the floor, it would be a “death sentence” to the people incarcerated there, about half of whom are pretrial detainees not yet convicted, Stampas said.

Incarcerated people have no chance to quarantine themselves, she said.

“They can’t distance themselves from others. They can’t maintain hygiene. Their movements are controlled.”

The Alaska Department of Corrections’ approach to the threat has been locking down the facilities. No in-person visitors, including inmate family members and attorneys, have been allowed since last week.

On Wednesday, the department ratcheted up the restrictions, barring “all non-essential activity” from prisons, including volunteers.

There have been no reported cases of coronavirus tied to Alaska correctional institutions. As of Friday, Alaska had 14 confirmed cases of COVID-19, the illness caused by the novel coronavirus, including four confirmed cases in Anchorage, six in Fairbanks, three in Ketchikan and one in Seward. Most were travel-related.

Some 4,781 inmates were in DOC custody as of March 13, according to the department. The system was at 98.1% of its maximum capacity. The DOC acknowledges that the tight quarters of jail cells and housing mods don’t leave room for distance.

The department has also instituted new virus-specific health screening questions when people are booked into jail, and suspended a $5 charge for inmates to see health care staff, she said. Even before coronavirus, the DOC was considering how to put some low-level inmates on electronic monitoring instead of in prisons.

If there were an outbreak, the DOC has “sufficient capacity to appropriately isolate inmates with infectious disease," Gallagher said.

"DOC also has sufficient capacity to quarantine inmates who are not yet sick but who were exposed to someone with an infectious disease."

It’s unclear where those inmates would be isolated.

If an outbreak takes hold inside a correctional facility in Alaska, it wouldn’t just be prisoners who get sick.

“If disease enters it will spread like wildfire,” said James Christie, an Anchorage criminal defense attorney. “It’s going to spread to everyone -- the guards, the staff, the inmates.”

Correctional officers say they are already stretched thin and being asked to work on their days off because of what they describe as “dangerously low staffing.”

“When officers and inmates begin showing symptoms of COVID-19, Alaska’s prison system will go from its current crisis to something much worse,” said Sgt. Randy McLellan, the president of the Alaska Correctional Officers Association.

The DOC is only one part of the criminal justice system, and not necessarily the agency best suited to reduce the number of incarcerated people, said Stampas, the ACLU director.

In a letter, the ACLU suggested the governor could use his clemency powers to commute sentences. Police and troopers could make it a policy to cease arrests for minor offenses, or issue citations instead of sending people to jail. Prosecutors could stop asking for cash bail in most cases.

The Board of Parole could consider releasing people with less than two years to their parole date sooner, the ACLU said.

Behind the scenes, meetings are happening about how to best protect both criminal defendants and the people who work in the court system from the coronavirus, said Jamie McGrady, head of the Alaska federal public defender office.

“I don’t think the other side of the aisle is really getting what could happen if there’s an outbreak in prison,” said McGrady.

About 230 federal prisoners are held in various Alaska jails and prisons.

McGrady said she asked if inmates would be given free soap and hand sanitizer. (Usually those items have to be purchased at the commissary.)

She said a DOC official told her hand sanitizer stations would be placed in “high traffic areas” but inmates would be limited to a single pump because of the high alcohol content.

Only indigent inmates would be given free soap, McGrady learned.

“If we release more people we can protect inmates, correctional facility staff and the health of the community as a whole,” she said.

On the other side, Anchorage’s top prosecutor says a pandemic doesn’t mean it's appropriate to alter the way criminal defendants are treated.

“We, together with law enforcement, have an obligation to ensure the community doesn’t become a lawless place where criminals can do whatever the heck they want,” said Anchorage district attorney John Novak. Novak said in recent days his attorneys have noted the virus being invoked in court hearings.

“The defense lawyers are putting on bail hearings and saying, ‘hey judge, reduce bail because of this coronavirus,’” Novak said. “We are opposing that.”

Bail is supposed to be decided based on flight risk and danger to the community, Novak said.

“I don’t see how the situation here is relevant criteria.”

In his eyes, letting people out of jail isn’t necessarily a public health tool. The DOC is “perhaps uniquely well suited” to testing and quarantining inmates, Novak said.

As of last Friday, the DOC said no inmate had needed testing for the virus.