He tested positive for the coronavirus. One day later, a federal prison flew him home to Alaska. 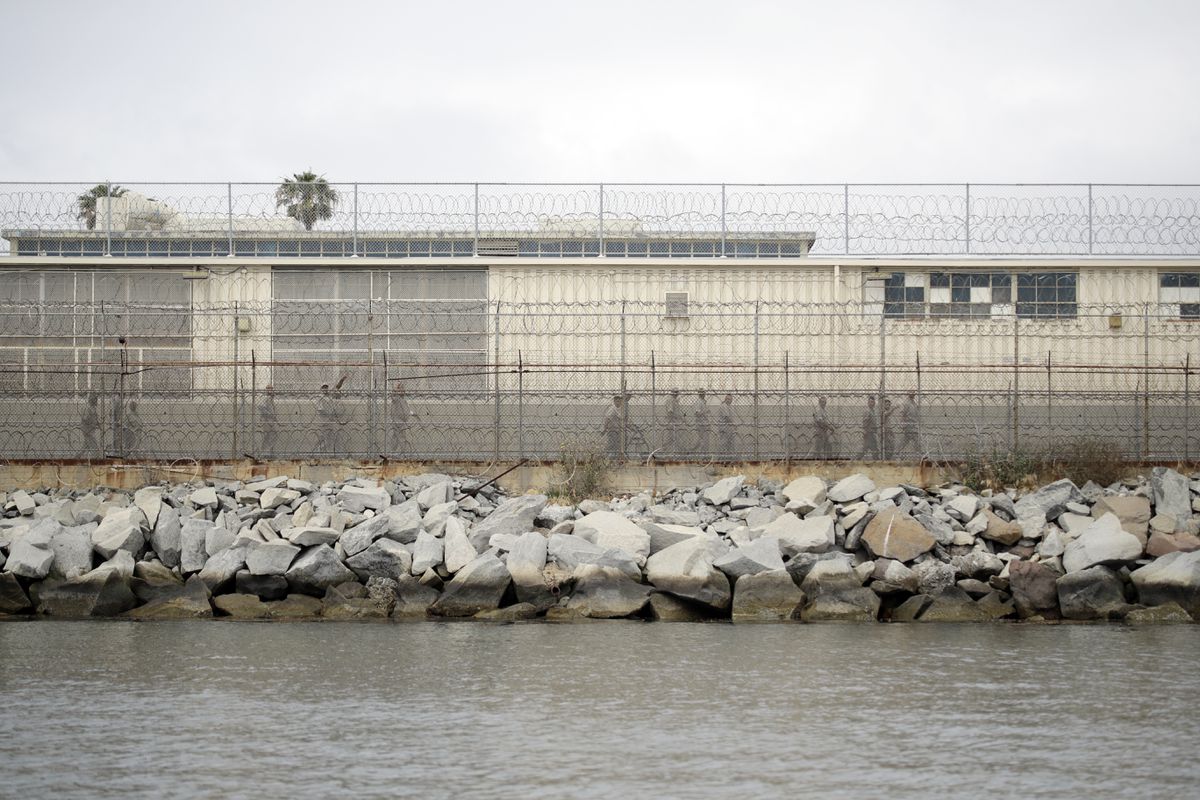 An Anchorage man granted compassionate release from a California federal prison engulfed in a coronavirus outbreak tested positive one day before his release but was allowed to fly back to Alaska — apparently unaware he had the virus, according to court documents.

Federal prosecutors contend that days after Duane Byron Fields was released from the Los Angeles-area Terminal Island Federal Correctional Institution and arrived in Anchorage, a probation officer caught him breaking a judge’s order to follow Alaska’s 14-day quarantine after he decamped from a Spenard motel to his mother’s house.

Now the 47-year-old has been charged with contempt of a court order, making him the first person in Alaska to be criminally prosecuted for behavior related to the quarantine health mandate, either by state or federal courts.

The U.S. Attorney’s Office says it doesn’t have authority over enforcing the state mandate itself, but is prosecuting Fields for breaking the judge’s order that he follow the state mandate.

The case marks the first time the office has charged someone with contempt of a court order by criminal complaint, said Chloe Martin, a spokeswoman for the U.S. Attorney’s Office.

“Given the gravity of Fields’s alleged conduct, and the need to protect the public, we felt it was important,” she said.

Fields’ attorneys contend their client didn’t fully understand the quarantine rule and question the logic of pursuing incarceration for a person with the coronavirus, who was just released because the virus makes prisons so dangerous.

“They want to put him in our jail, really?” said his attorney, Cynthia Franklin.

The bigger issue, they say, is the chain of misfires that allowed the Bureau of Prisons to swab Fields for testing on May 5, laboratory results to return positive May 7 — and yet for Fields to be released from custody and fly commercially to Alaska on May 8.

“There are so many institutional failures you can identify in this,” said Daniel Poulson, a federal public defender who has represented Fields on his bid for compassionate release.

An attempt to reach Fields through his attorneys for this story was unsuccessful. The Bureau of Prisons says it is looking into the case.

In 2012, Fields was convicted of federal drug conspiracy and distribution charges in Anchorage for dealing heroin and cocaine out of a Penland Park mobile home. When police raided the trailer, they found bricks of cocaine and a gun, plus drugs “hidden in Fields’ underwear,” the U.S. Attorney’s Office said at the time.

In 2016, while imprisoned, Fields became ill with advanced-stage non-Hodgkin lymphoma, according to court filings. He went through six courses of chemotherapy and has been in remission since 2019, but says he wasn’t offered maintenance treatment recommended by his doctors.

His lawyers have been trying to get him released since.

Fast forward to the spring of 2020, and the dawn of the coronavirus pandemic: Fields was imprisoned at the Terminal Island prison in California, which houses sick and medically fragile prisoners.

In early May, when a judge was considering his application for release, Terminal Island had the worst coronavirus outbreak in the federal prison system: Nearly 700 of the roughly 1,000 inmates had tested positive.

A sixth inmate had just died. The ACLU, representing families of inmates, sued.

The situation was so dire that an Alaska judge, on May 6, granted Fields’ petition for compassionate release — writing that the 47-year-old’s history of cancer made him especially vulnerable to the virus.

“While no one could have predicted the current pandemic at Fields’ sentencing, the Court certainly did not intend to impose a potential death sentence,” wrote James Singleton, a senior Alaska federal judge.

It’s believed that only two other Alaska federal prisoners have received compassionate release during the coronavirus pandemic, said Poulson.

The day after the judge’s order — May 7 — the results of Fields’ prison coronavirus test came back positive, according to a Los Angeles public health laboratory statement obtained by Fields’ attorney.

It is not clear who they were shared with — or when.

‘Which is not at the Chelsea Inn’

On May 8, the Bureau of Prisons went ahead with Fields’ release, putting him on a commercial flight to Alaska. He apparently wasn’t aware of the result, according to court filings in the criminal case against him.

Fields was taken to the Chelsea Inn on Spenard Road, where he was supposed to spend the next 14 days in a mandatory quarantine. Three days later, on May 11, his Alaska-based probation officer got a call from Terminal Island: Fields’ coronavirus test results had come back, according to the affidavit.

The reasons for the communication delay remain muddy.

The probation officer called the Chelsea Inn to notify Fields he was infected, according to the affidavit.

But he wasn’t where he was supposed to be; a worker at the motel said Fields had left.

When the probation officer called Fields’ mom, she reported that her son “was at that very moment” on her couch.

“Which is not at the Chelsea Inn,” the government observed in the court filing.

The Bureau of Prisons said the agency is looking into Fields’ case, and couldn’t immediately answer questions about coronavirus testing and release procedures.

“The Bureau of Prisons’ legal authority terminates upon the expiration of an inmate’s sentence,” wrote agency spokesman Justin Long. “In this case, the court ordered Duane Byron Fields to be released from the BOP’s custody as soon as his release plan could be implemented and travel arrangements made.”

It is clear to Poulson that the entities involved were not communicating with each other.

“They essentially put him on the plane. And frankly, made arrangements for his transportation all the way to his end destination,” he said.

Franklin said she hopes Fields will be allowed to stay out of the Anchorage jail — which is grappling with its own positive coronavirus test.