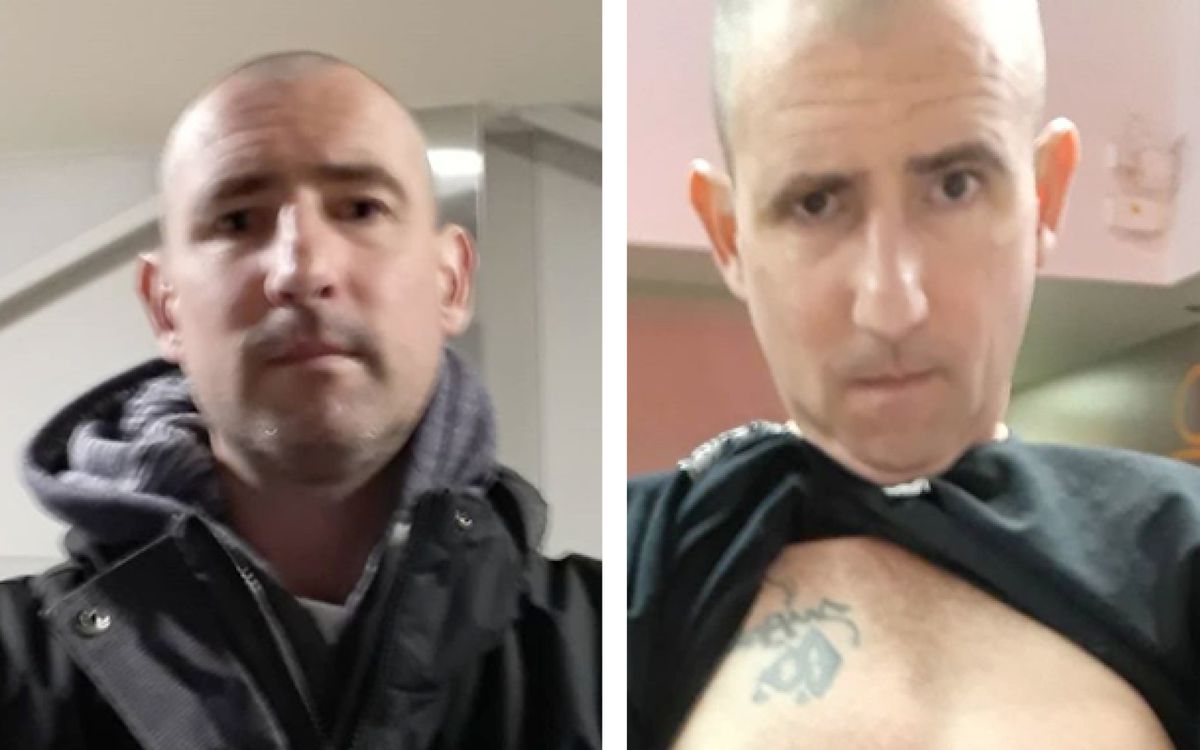 Anchorage police released these photos of Nathaniel D. Kinsman, 44, who they named as the suspect in a sexual assault that occurred at Connors Bog Park on Sunday, June 7, 2020. (Photos courtesy APD)

Anchorage police released these photos of Nathaniel D. Kinsman, 44, who they named as the suspect in a sexual assault that occurred at Connors Bog Park on Sunday, June 7, 2020. (Photos courtesy APD)

A 44-year-old man was arrested Thursday morning after police identified him a day earlier as the lone suspect in a sexual assault Sunday at an Anchorage dog park.

A woman was walking her dog alone on a trail in Connors Bog Park on Sunday and video-calling her brother and sister when a man she didn’t know walked up to her and asked her to hold his water bottle, according to charges filed against Nathaniel D. Kinsman.

Connors Bog is a park that includes a popular off-leash dog area. The park stretches from International Airport Road to Raspberry Road. The woman was walking south near a fork in the trail that leads to the lake and the Raspberry Road entrance when Kinsman stopped her, police said.

She declined to hold the water bottle, so Kinsman stepped in front of her to block the trail and hit her arm, which knocked the phone from her hand, the charges said.

He then grabbed the woman by her throat and threw her to the ground, where he told her he had a knife and would kill her if she continued to scream, the charges said. The woman tried to fight off Kinsman but he tightened his hold on her and she wasn’t able to break free, the charging documents said.

The woman continued trying to fight off Kinsman and they rolled down a small hill through the brush and off the trail, she told police. She screamed “at the top of her lungs” and Kinsman covered her mouth several times with his hand as he repeatedly threatened to kill her, the charges said.

The woman asked Kinsman what he wanted and pleaded for him to let her go, according to the charges, and he told her he wanted money and she offered him her car because she didn’t have money with her. He reportedly continued to ask her to stop screaming while holding her down and “smashing her head and face to the ground,” the charges said.

The woman told police Kinsman had a knife in the waistband of his pants that looked “like one made in prison because it had a weird wooden handle with a string attached to it," charges said.

The woman continued to fight back, according to the charges, but said Kinsman was “wickedly strong for a person his size.” When she stopped fighting as hard, the charges said, Kinsman began to sexually assault her. She thought her dog tried to bite Kinsman on the leg at one point, charges said.

The woman heard voices on the trail and began screaming again, police said. A person on the trail ran toward them, charges said, and Kinsmen then fled. The woman waited with the two witnesses until police arrived just after 4:40 p.m.

She was taken to the hospital for a sexual assault examination and treatment for the bruises and scratches on her body. Her siblings told police they heard the attack and threats made by Kinsman while the video call was ongoing.

Officers at the scene collected a water bottle, and the state crime lab determined Wednesday that DNA on it matched a stored sample from Kinsman. He has previously been convicted for assault, criminal trespass and driving under the influence.

Police said the woman identified Kinsman as the attacker during a photo lineup Wednesday.

Officers visited Kinsman’s last known address but were told that he no longer lived there and was believed to be homeless. An anonymous community tip led them to the Chelsea Inn on Spenard Road, where he was staying in one of the rooms Thursday morning.