Someone is shooting pet cats in Mat-Su, authorities say. Now they’re trying to find them. 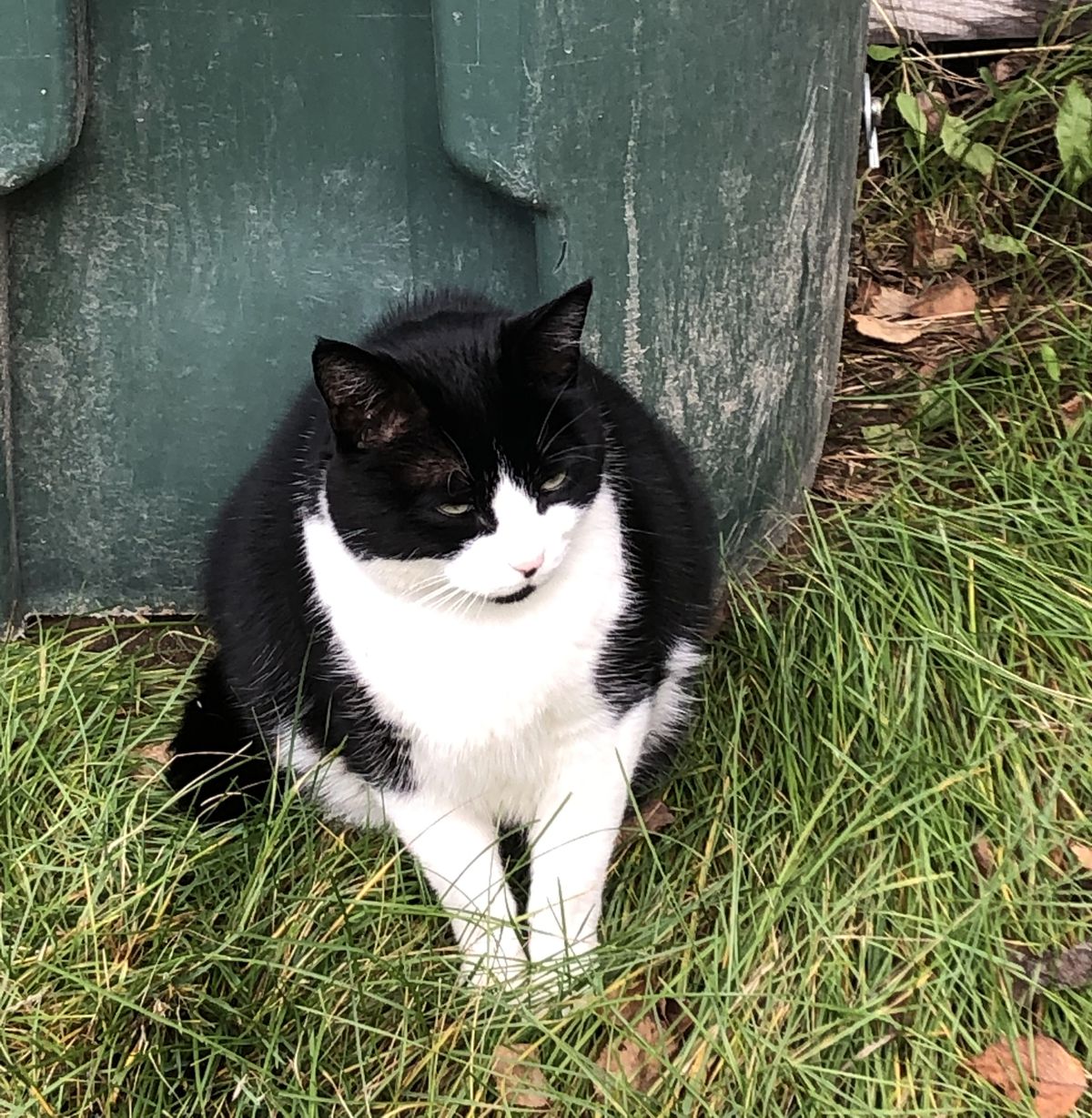 FISHHOOK — Authorities are investigating reports that someone is targeting and killing pet cats in Mat-Su neighborhoods.

Tasha Lesko and her husband didn’t connect the single loud gunshot right outside their house early the morning of Aug. 20 with their cat until Sitka, an 8-year-old with black and white tuxedo markings, didn’t come home that night.

Lesko and her husband woke to his 5 a.m. alarm. The shot was two minutes later, she said.

They both scrambled to see what was going on.

The neighborhood, an unconsolidated area off Palmer-Fishhook Road with views to Hatcher Pass, is woodsy and quiet though residents often hear gunfire from the Matanuska Valley Moose Range.

But this shot was next to a home with a family inside.

Lesko’s husband told her he saw someone with a spotlight driving away. He thought he heard another shot.

Their home surveillance cameras didn’t pick up anything, but the neighbor’s did: A pickup slowly passes by, headlights and light bar blazing, with what looks like a spotlight swiveling back and forth into the yard. The truck passes by, then stops in front of the Lesko home. The report of a gunshot can be heard on the video. Someone cuts the lights on the truck.

A few days later, someone responding to a “missing” notice sent Lesko a photo of three cats dumped off a road about 10 minutes away. Sitka was one of them. Lesko’s 12-year-old daughter was heartbroken.

Lesko reported it and heard about at least 10 other cat owners with similar stories.

“There’s just not words for it. It’s not OK,” she said Tuesday. “There’s no reason whatsoever any normal sane person to me would go out actively hunting ... pets.”

Alaska State Troopers are assisting the borough and released an official statement Monday: An investigation revealed “unknown suspect(s) are shooting pet cats from a vehicle while on the roadway,” according to an online report. State law prohibits shooting on, from or across a road.

It wasn’t clear exactly what areas the reports are coming from. At least one other came from someone who lives off Wasilla-Fishhook Road. They said in a Facebook post that surveillance video showed a truck with a spotlight on the back pulling up and someone shooting at the animal, then leaning over its body. They found the cat’s mangled collar later.

Borough animal control director Ann Jorgensen in an email said the shootings are happening in the “Palmer-Wasilla area” and the borough has been in contact with all identified owners of animals involved. The ongoing investigation means animal control can only release limited information, borough spokesman Stefan Hinman said.

Jorgensen recommended residents report lost pets quickly; review security footage if a pet is lost, if possible; make sure pets have IDs and are microchipped; and keep pets inside at night and restrained as required by borough law.

Lesko said her family adopted a new tuxedo kitten someone offered after what happened to Sitka. It will stay inside.

But she also doesn’t agree that protecting cats is just a matter of keeping them restrained. Her family has lived in the neighborhood for almost 20 years. The shooting was eerie, like nothing her family has experienced -- someone firing a gun so close to the house, killing a pet.