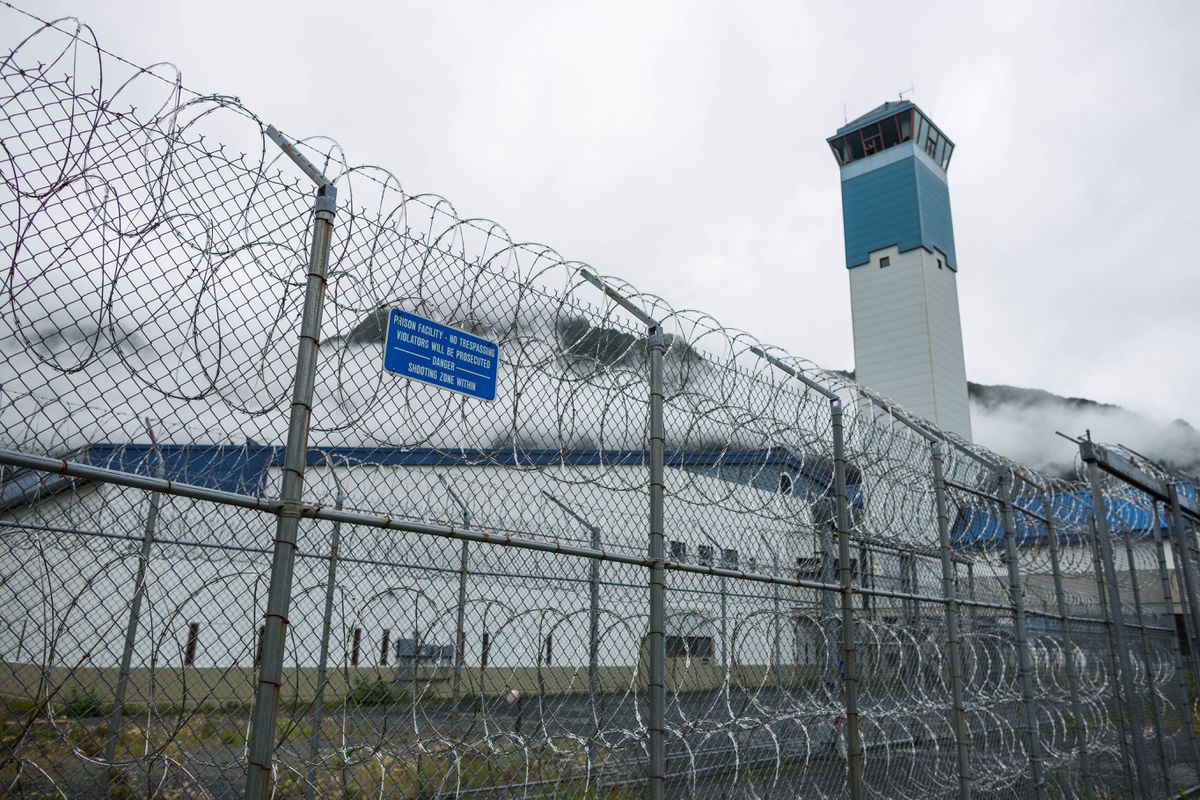 To talk to your incarcerated loved one in Alaska right now, you’ve got one choice and one choice only: A phone call using Securus.

Six months into the coronavirus pandemic, visitors, including family members and attorneys, remain banned from all Alaska jails and prisons. Prison officials have said the ban will remain in place as long as the virus remains a threat.

Inmates are more reliant than ever on phone calls to stay in touch with husbands, wives, mothers, fathers and children on the outside. That means their families and friends are paying more to Securus Technologies Inc., the Texas-based, private-equity-fund-owned corporation that controls the 2.3 million calls Alaska prisoners made during the last year.

In Alaska, a commission system means most of the money Securus charges families and friends of prisoners for phone calls goes back to state coffers. But for loved ones of prisoners, it doesn’t seem to make much of a difference.

“The financial burden always falls on families,” said Angela Hall, whose husband is incarcerated at Wildwood Correctional Center in Kenai.

Several family members of Alaska prisoners shared their Securus bills with the Daily News. Some ran into hundreds of dollars per month, including taxes and fees. But there’s no other option — especially right now.

“What are you gonna do?” Hall said. “You have to stay connected.”

The prisoner family support group Hall founded, Supporting Our Loved Ones Group, is pushing the Department of Corrections to offer alternative ways to connect during the pandemic, such as video chats or emails.

The department has cited safety concerns and technology limitations in explaining why it hasn’t offered video or email communication so far.

The DOC says it is doing something to help prisoners stay in touch: All inmates have been given three free 15-minute phone calls per week during the pandemic “because we recognize the burden of suspended visitation and understand the importance of connecting with loved ones,” according to spokeswoman Sarah Gallagher, who answered questions by email for this story.

For many families, 45 minutes of conversation a week isn’t enough, and the bills are stacking up.

“In order for my daughter to hold on to a relationship with her dad, I gotta pay Securus,” said Tabitha Mattie, the mother of a 4-year-old girl whose father is incarcerated at Goose Creek Correctional Center.

Calling from the inside

The prison phone industry is a $1.2 billion business.

Prison officials cite security as the prime reason for entering into contracts with companies like Securus and Global Tel Link to provide phone service. The companies tout abilities to monitor inmate calls or even detect potential crimes discussed by customers. (Calls between lawyers and their clients are never supposed to be recorded, but the DOC said Securus inadvertently recorded some attorney-client calls in Alaska in 2014.)

Critics counter that for-profit prison phone companies “bait prisons and jails into charging high phone rates in exchange for a share of the revenue,” as the Prison Policy Initiative, a reform-minded nonprofit, describes it. They say even at a time when internet-based video- and audio-calling technology is bringing the cost of communication down, inmate families are paying inflated, by-the-minute rates to talk to their loved ones — and the prison phone industry is profiting off of a literally captive customer base.

Part of a prison services industry that is facing mounting scrutiny, Securus announced earlier in 2020 it was making “transformational changes” to its business model to make its products “accountable, affordable, and accessible,” including cutting fees. The company says it has offered 40 million free calls during the pandemic.

Securus provided 2,329,802 calls to inmates here in the 2020 fiscal year, according to DOC numbers. Of those, 1,501,358 were paid calls generating revenue. The rest were free calls, including those given to inmates gratis during the pandemic and attorney-client calls, which are free to inmates.

In the 2020 fiscal year, Alaska Securus calls generated roughly $1.9 million in revenues, according to data from the DOC. Through a commission system common in the world of state correctional phone system contracts, most of that money went back to the State of Alaska.

Under the terms of the state’s contract, $1.4 million returned to the state to pay for “cost of incarceration,” according to the DOC. The remainder of the profits, about $427,000, remained with Securus.

Prison reform advocates call the commission system a form of kickbacks. The system ultimately hurts customers when companies tack on extra fees to boost profits outside of the rate promised to states, says the Prison Policy Initiative.

[Her stepfather admitted to sexually abusing her. That wasn’t enough to keep her safe.]

Hall said she wants to know if the state’s $1.4 million share can be used to upgrade technology.

“They claim they do not have enough funds to update the facilities to provide video calling access — how about they use that kickback that we are paying for to make that happen?” she said.

Varying bills, but some spend hundreds

In Alaska, all jailhouse calls are “collect” calls: The person called is responsible for paying. People outside cannot call in to jails. And prisoners can’t self-fund phone calls, according to the DOC.

Securus bills vary dramatically depending on where the inmate is located and where the people he or she is calling live: Local calls are capped at $1 for 15 minutes, but long-distance calls run closer to $4 for the same amount of time.

And of course, they vary based on how often your loved one wants to call, said Hall. Her husband calls at least once daily, sometimes several 15-minute conversations per day.

The bills also include a variety of taxes and fees, totaling about $25 on bills reviewed by the Daily News.

One of the most hated fees is a $3 charge each time they add money to an inmate’s account. Loved ones of prisoners are only allowed to put $50 at a time into the account.

Hall and Mattie both say they spend closer to $100 per month on Securus bills.

Martha Morris lives out of state but funds calls for several family members incarcerated here. Her bill was among the highest shared with the Daily News: more than $500.

Hall said the 45 minutes of free phone calls offered to inmates weekly is a gesture that’s appreciated. But Hall said she doesn’t know why the DOC can’t offer more.

"They are desperate for any chance to talk to their loved ones,” Hall said.