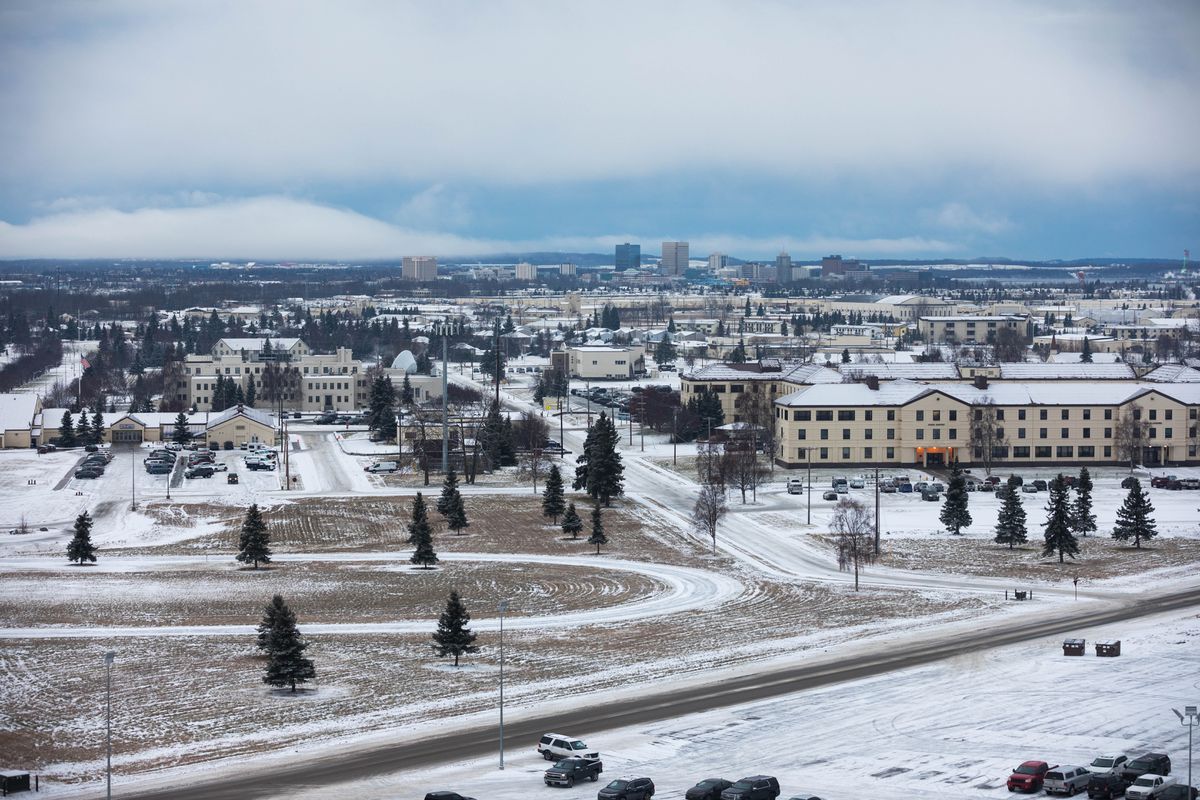 Court records show that Brian Nash was arrested Monday in Longview, Washington, and Ryan Dalbec and Raihana Nadem were arrested in Phoenix on Monday.

A couple bribed an airman stationed in Anchorage in exchange for confidential information that allowed them to win more than $8 million worth of military construction contracts in Alaska, according to a federal indictment that was unsealed Tuesday.

Ryan Dalbec, 42, and Raihana Nadem, 27, owned North Dakota-based Best Choice Construction, according to the indictment, filed last week in federal court. The company was a federal government contractor that provided construction and other services, according to a statement from the U.S. Attorney’s Office in the District of Alaska.

Brian Nash, 30, was an enlisted E-4 Senior Airman Contract Specialist assigned to the 673rd Contract Squadron at Joint Base Elmendorf-Richardson in Anchorage, the indictment said. His position allowed him access to confidential information about competitive bids and government cost estimates for military contracts, according to the indictment.

Nash joined the military in 2016 and was assigned to JBER in 2017, said Erin Eaton, a media operations chief for the base. He was discharged from service in April 2020, but Eaton said she did not have information about whether the discharge was related to the recently filed criminal charges.

Military bids are open to competitive bidding and awarded to the lowest qualified bid price submitted, according to the indictment.

From March to November of 2019, Dalbec and Nadem promised and gave Nash “cash and other things of value, both as upfront payments and as a percentage of the total value of the contracts won using the information Nash provided,” the indictment said.

Dalbec’s company won numerous bids at both JBER and Eielson Air Force Base in Fairbanks totaling more than $8 million, according to the indictment.

Nash told Dalbec and Nadem what the other bids were or what the government’s internal estimate was for a specific project, using a burner phone and his personal email account, according to the indictment.

In one case, the indictment said he told the couple to submit a $7.1 million bid for work on the Eielson F-35 Building in Fairbanks.

Nash told the couple he was obtaining the confidential information about bids on the Eielson Air Force Base through other contacts who also received a portion of the payments, the indictment said. No other individuals are named or charged in the indictment.

In an attempt to conceal the payments, the couple would pay Nash by wiring and transferring money to him through family members’ bank accounts, the indictment said.

“Dalbec expressed concern that ‘you can’t hide’ large amounts of money, ‘even in transfers,’” the indictment said.

Nash received about $460,000 from the couple, the indictment said.

Dalbec, Nadem and Nash are each facing charges of conspiracy, bribery and money laundering.