Here’s what flat funding has meant for Alaska schools. 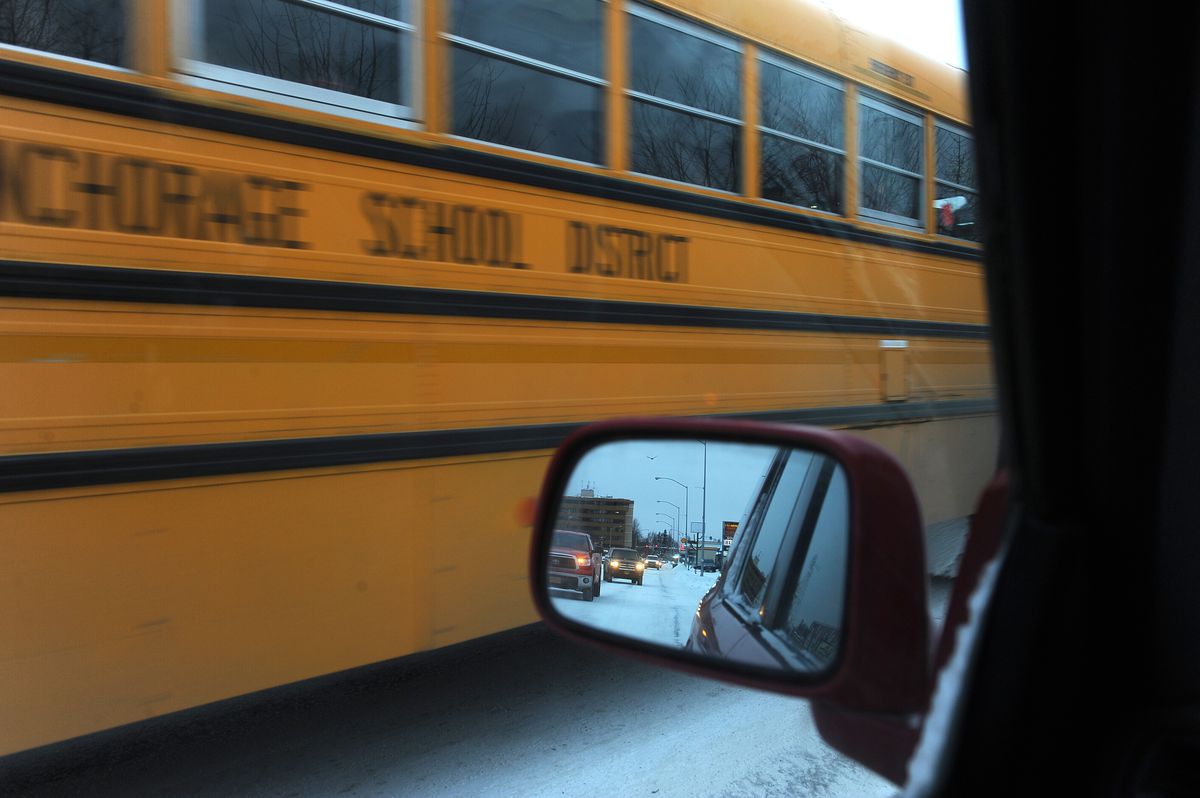 In Sitka, students are writing on plain paper instead of composition books. In Nome, administrators are considering a shorter school year, which would give families more time for hunting and berry-picking while also saving money.

In Anchorage, the school district has opened its own clinic to try to slow its spiraling health costs. In the Mat-Su, district officials are exploring whether to build new facilities with borrowed money to help reduce the cost of a busing contract and building leases.

Around Alaska, school districts have approached the state's fiscal crisis creatively, taking new steps to make each scarce dollar go farther and to keep from having to lay off teachers.

But even after those steps, they still face dwindling savings accounts and escalating health insurance costs that are making it more difficult to sustain existing class sizes and programs, administrators said. And they're warning that a second straight year of flat state spending — without a boost for inflation — will force their cost-saving measures to increasingly target classroom teachers.

"We're down to bare-bones operations and we're looking at a $2.3 million deficit for next year," said Sitka's superintendent, Mary Wegner. "All we have left to cut is teachers."

The Alaska Legislature budgets for public schools using a per-student formula called the base student allocation.

[Anchorage School Board cuts dozens of teaching positions, and the situation could get even worse]

In the three years since 2015, lawmakers have raised it a total of 1.7 percent, to $5,930 from $5,830. There was no increase between last year's state budget and the current one, and there's also no increase in Alaska Gov. Bill Walker's proposed spending plan for next year.

One House Democrat, Anchorage Rep. Les Gara, has introduced legislation to increase the formula by $100 next year, or another 1.7 percent.

"Flat funding is better than a stick in the eye," he said in a phone interview. "But you have to recognize that we've lost teachers and you're going to lose a lot more teachers if you continue pretending inflation doesn't exist, and pretending health cost increases don't exist."

Gara's proposal has six co-sponsors. But his own largely-Democratic House majority this year has focused less on boosting spending and more on the timing of the state's schools budget. That's because lawmakers' delays in passing their annual spending plans have forced districts to issue, then revoke layoff notices in recent years.

The House is pushing the mostly-Republican Senate majority for early passage of a bill that aims to separate schools spending from the much-larger budget for state operations, while keeping the per-student formula at the same level as last year.

Eagle River Republican Sen. Anna MacKinnon, in an interview, said she thinks the state currently lacks the money to keep schools budgets on pace with inflation. Instead, she said she wants to see schools spending the money they're getting more efficiently.

MacKinnon praised teachers for working hard and "doing the right thing for students every day." But she said she'd support increased spending on education "when I see better outcomes for students, or a plan that is realistic to improve student outcomes."

"We always see districts asking for more money to do exactly what they're doing. And I'm telling you: It appears the system is broken," MacKinnon said.

Alaska school district officials, meanwhile, say that they're being asked to sustain their programs with the same amount of money even as their costs are rising.

If the per-student formula is left the same next year, it will have increased a total of 0.9 percent in the three years since 2016. The Sitka school district's health insurance costs over have gone up by 30 percent in the same time span — to a projected $3.6 million next year from $2.7 million in 2016, said Wegner, the superintendent.

Between health care and utilities, Sitka's schools have had to absorb an extra $1 million in expenses in their $19 million budget, she said.

In response, the district has cut administrative staff and spending on supplies. It saved $500,000 by cutting extra cash in budgets beyond what was actually spent the year before. It's privatized the management of gyms for public recreation programs, instead of having those programs run by district employees.

Those measures have allowed the district to cut just one teaching job, out of roughly 115 total, in response to budget pressure, though it's also eliminated some positions amid declining student enrollment.

Now, Wegner said, "we no longer have any fluff."

In the Mat-Su Borough, where enrollment has been steadily increasing amid a population boom, the district saved $800,000 by changing the schedules of its custodians. Nome's school district has cut physical education and shop teachers, installed new, efficient lighting and eliminated summer school.

But administrators also said they're trying new things to save money.

The Anchorage School District has opened its own health clinic for some of its staff, which it says could reduce its costs — which had risen to some $40 million annually — by 12 percent over an initial three-year term.

It's also trying to shift kids into smaller, specialized schools, which, because of the way Alaska's per-student formula is calculated, bring in more state cash for each student, said Jim Anderson, the district's chief financial officer.

In the Mat-Su Borough, district officials have proposed major changes to some of its building leases and a busing contract in an effort to save money.

The proposal wouldn't save money initially. "But when we retire the debt, the borough owns the facility," Luke Fulp, assistant superintendent of business and operations, said in a phone interview.

The borrowed money could also go toward building a new, district-owned bus terminal.

The district pays a private contractor, First Student, for busing, which cost $18 million last year. That contract includes the cost of bus storage. If the district owned its own terminal, it could remove storage costs — plus any associated profit margin for the contractor — from its next busing contract, said Fulp.

In rural school districts, meanwhile, one cost-saving option is moving to a "subsistence calendar" — one that reduces the number of school days to leave more time for hunting and fishing.

The Lake and Peninsula School District, in Southwest Alaska, made the switch this year and cut 20 days from its calendar. Nome's school district is now looking at a similar change, according to KNOM, the local public radio station.

Superintendent Shawn Arnold described the shift as a good idea that's taken on added urgency amid tight budgets, which have already resulted in the district's workforce shrinking to 102 from 115 three years ago.

"That's part of a benefit of a funding crisis: It's forcing us to look at different, innovative ways to deliver instruction that we never would have done before," Arnold said in a phone interview.

But district officials around the state are nonetheless supporting Gara's proposal to boost per-student spending because, they said, their cost-saving measures haven't been enough to entirely insulate teachers from cuts.

In Anchorage, under a preliminary budget, the student-teacher ratio at high schools is projected to increase to 31 next year, up from 29 this year. For seventh- and eighth-graders, the ratio would climb to 28 from 27.

The Mat-Su School District faces a $7 million deficit in its $230 million budget; it increased class sizes this year and has already drained more than half of its savings accounts since 2015.

In Sitka, administrators haven't yet formalized a plan to close their $2.3 million deficit for next year. But just to cut the deficit in half could produce some class sizes nearly 30 percent larger than this year's, said Wegner, the superintendent.

"We will be advocating from Sitka for an increase," she said. "I am not going to sit back and take this lying down."